State Efforts to Protect Preexisting Conditions Unsustainable Without the ACA

As many as 133 million adults under age 65 have a preexisting medical condition that prior to the Affordable Care Act (ACA) might have caused a health insurer to deny coverage or charge a higher premium. As the COVID-19 pandemic rages on, it is estimated that the virus has already added 3.4 million more Americans to those ranks. In November, the ACA, which includes protections for preexisting conditions, faces two major challenges. Between now and November 3rd, Americans will cast a ballot for the next president of the United States. In a poll conducted in 10 battleground states, 39 percent of likely voters said that protecting insurance for people with preexisting conditions is their most pressing health care issue. On November 10th, the Supreme Court will hear oral arguments in California v. Texas, a lawsuit filed by Republican attorneys general that argues, with the support of the Trump administration, that the entirety of the ACA should be invalidated. While the Trump administration has repeatedly claimed to support protections for people with preexisting conditions, there is no existing plan that would meaningfully retain these protections if the ACA is overturned.

As discussed in our previous post, prior to the ACA, it was up to the states to determine how to protect people with preexisting conditions; many states had very limited protections in place. Insurers frequently denied coverage, charged higher premiums, or refused to cover certain benefits for people with preexisting conditions. The ACA put a stop to these practices by instituting an interlocking set of four key consumer protections: guaranteed issue, adjusted community rating, prohibition against preexisting condition exclusions, and essential health benefit requirements.

In response to efforts to repeal and invalidate the ACA, a significant number of states have passed their own laws, with the goal of protecting people with preexisting conditions. Between February 2018, when California v. Texas was first filed, and October 2019, at least 17 states enacted legislation adopting some or all of the ACA’s consumer protections.

However, in reviewing insurance statutes in 50 states and the District of Columbia, we find that while some states have codified all four consumer protections for people with preexisting conditions, the majority of states are missing at least one, leaving residents exposed to discrimination by insurers if the ACA is struck down.

Even when a state has adopted all four protections, without financial help from the federal government to make coverage affordable, the individual health insurance market will become dysfunctional, with fewer plans participating and spiraling premiums. In 2019, the federal government paid $52.3 billion in premium subsidies covering 87 percent of ACA marketplace enrollees. More than half of these enrollees also receive cost-sharing assistance under the law. These subsidies have kept the individual market stable and affordable. Few, if any, states will be able to replace these federal dollars. Without this funding, the preexisting condition protections that have been adopted into state law will largely be meaningless.

Prior to the ACA, five states prohibited insurers from either denying coverage or charging a higher premium based on health status. Of these, four had individual market premiums so high they were unaffordable to all but a very few. Massachusetts, the fifth state, had both premium subsidies and an individual mandate requirement that encouraged healthy people to enroll and helped keep premiums affordable.

With the seating of Justice Barrett, the risk that the Supreme Court will strike down the ACA, in whole or in part, has increased. While some ACA opponents have introduced proposals purporting to protect people with preexisting conditions, these measures fall far short of the ACA’s comprehensive protections. If the Supreme Court were to invalidate the ACA, without significant action at both the federal and state levels to reinstate the full suite of insurance reforms alongside Medicaid expansion and premium tax credits, the significant progress we have made in health coverage and access will disappear. Indeed, as the COVID-19 pandemic creates millions more who could be deemed to have a preexisting condition and millions lose access to job-based insurance in the economic fallout, the loss of the ACA’s consumer and financial protections could end up being be far worse than previously projected. 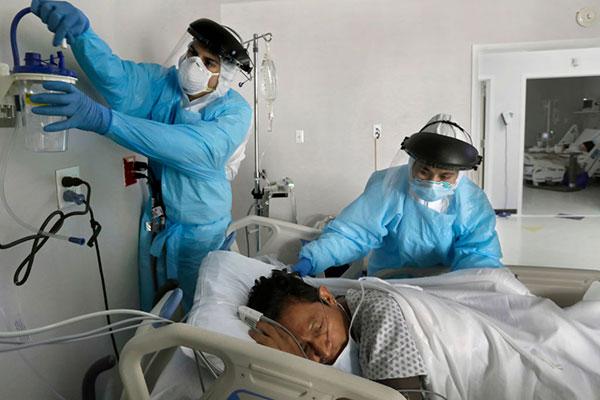