How do cost-sharing reductions work?

Americans with low or moderate incomes can get their out-of-pocket health care expenses reduced if they have purchased a silver plan in the Affordable Care Act’s (ACA) health insurance marketplaces. The ACA’s cost-sharing reductions (CSRs) mean lower copayments and deductibles for people in households earning between 100 percent and 250 percent of the federal poverty level (about $12,000 to $30,000 for an individual, and about $24,000 to $60,750 for a family of four).1 The federal government reimburses insurers for providing the subsidies, which in 2016 totaled $7 billion.2

Those who use health care the most see the largest savings. A 2016 Commonwealth Fund analysis of marketplace plans in 38 big-city markets found that without CSRs, a 40-year-old man with a silver plan who is a high health care user and earns $35,000 a year—too much to qualify—might face up to $6,500 in out-of-pocket expenses.3 But for someone earning $17,000 who is also a high user of care, projected out-of-pocket spending would be no higher than $650—a savings of nearly $6,000 compared to the average silver plan. In other words, instead of potentially spending more than a third of his income on health care expenses, he spends no more than 3.8 percent of his income with CSRs.

In 2017, 7 million people qualified for CSRs—58 percent of all marketplace enrollees.4 But the subsidies face challenges on several fronts. In 2014, Republicans in the U.S. House of Representatives sued the Obama administration, alleging that the U.S. Department of Health and Human Services’ payments to insurers were unlawful because Congress had not appropriated funds to pay for them.5 A May 2016 ruling by a federal judge in favor of the GOP would have stopped payment of the subsidies, but the Obama administration appealed. The case, now known as House v. Price, has been paused since the November election.

The Trump administration has indicated that, at least for now, it will continue making payments to insurers.6 And some congressional Republicans, wishing to preserve the subsidies, are willing to appropriate the necessary funds.7 However, the GOP’s recent health care reform proposal—the American Health Care Act—would eliminate cost-sharing reductions entirely.

If the Trump administration decides at some point to stop defending the lawsuit to end cost-sharing reductions and Congress fails to appropriate funds for them, payments to insurers would end. While insurers have signed contracts with federal and state regulators to offer health coverage, some might seek to terminate them early because of the loss of payments. Doing so would throw consumers off their coverage midyear.8

Insurance costs would rise as well, as companies opting to remain in the market would be forced to increase premiums to make up for the lost government payments. Analysts say that marketplace insurers across the country would likely raise premiums for silver plans by anywhere from 9 percent to 27 percent.9 This also would increase federal spending above what the CSRs cost, since higher premiums mean larger premium tax credits.10

Eliminating cost-sharing reductions could destabilize insurance markets. The insurers relying most heavily on cost-sharing reduction payments could see their current 7 percent profit margins turn into 25 percent losses, on average.11 Since marketplace insurers would need to substantially raise premiums, there is a risk of further market instability as healthy individuals earning too much to be eligible for the ACA’s tax credits decide to drop out of the market entirely.12

Given the magnitude of their prospective losses, many insurance companies may opt to exit the ACA marketplaces altogether. Ending the cost-sharing reductions also would discourage insurers from participating in future years. Carriers must decide before June 21, 2017, whether they will sell plans on the marketplaces in 2018. Uncertainty surrounding the payment of cost-sharing reductions is already dissuading some insurers from participating.13

Ultimately, insurers might sue the federal government to recover cost-sharing reduction payments promised under the ACA. Such litigation would be expensive and time-consuming, with the legal costs likely passed on to consumers in the form of higher premiums and out-of-pocket costs.14

2 M. A. Hall and M. J. McCue, “The Financial Consequences of Terminating the ACA’s Cost-Sharing Reduction Payments,” To the Point, The Commonwealth Fund, March 2, 2017.

11 M. A. Hall and M. J. McCue, “The Financial Consequences of Terminating the ACA’s Cost-Sharing Reduction Payments,” To the Point, The Commonwealth Fund, March 2, 2017. 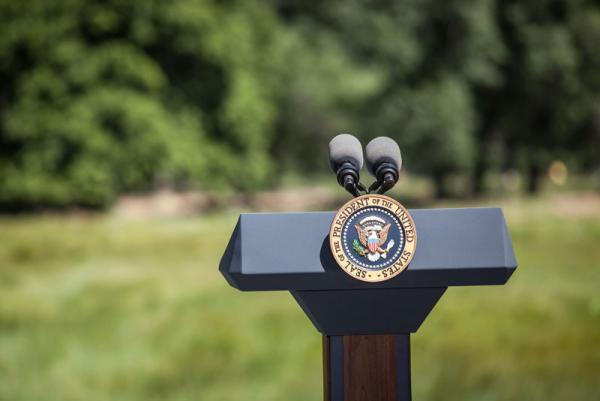 The Affordable Care Act Under the Trump Administration
August 30, 2018 | To The Point