The rich geographical diversity of the United States is part of its appeal. The diverse performance of the health care system across the U.S., however, is not. People in the United States, regardless of where they live, deserve the best of American health care. The State Scorecard is intended to assist states in identifying opportunities to better meet their residents current and future health needs and enable them to live long and healthy lives. With rising health costs squeezing the budgets of businesses, families, and public programs, there is a pressing need to improve performance and reap greater value from the health system.

The State Scorecard offers a framework through which policymakers and other stakeholders can gauge efforts to ensure affordable access to high-quality, efficient, and equitable care. With a goal of focusing on opportunities to improve, the analysis assesses performance relative to what is achievable, based on benchmarks drawn from the range of state health system performance. 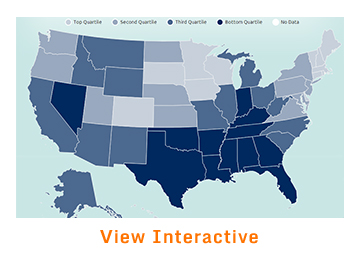 Currently, where you live in the United States matters for quality and care experiences. The widely varying performance across states and sharp differences between top and bottom state rates on the 32 indicators included in the State Scorecard highlight broad opportunities to improve. If all states approached levels achieved by the top states, the cumulative result would be substantial improvement in terms of access to care, health care quality, reduced costs, and healthier lives.

The analysis of the range of state performance points to five cross-cutting findings:

Health care access, quality, cost, and efficiency vary widely across the United States.
The range of performance is often wide across states, with a two- to threefold or greater spread from top to bottom. The variability extends to many of the 32 indicators across five dimensions of health system performance: access; quality; potentially avoidable use of hospitals and costs of care; equity; and the ability to live long and healthy lives (referred to as "healthy lives"). Improving performance across the nation to rates achieved by the leading states could save thousands of lives, improve quality of life for millions, and enhance the value gained from our substantial investment in health care.

If all states could approach the low levels of mortality from conditions amenable to care achieved by the top state, nearly 90,000 fewer deaths before the age of 75 would occur annually. If insurance rates nationwide reached that of the top states, the uninsured population would be halved. Matching the performance of the best states on chronic care would enable close to four million more diabetics across the nation to receive basic recommended care and avoid preventable complications, such as renal failure or limb amputation. By matching levels achieved in the best-performing states, the nation could save billions of dollars a year by reducing potentially preventable hospitalizations or readmissions, and by improving care for frail nursing home residents. If annual per-person costs for Medicare in higher-cost states came down to median rates or those achieved in the lowest quartile of states, the nation would save $22 billion to $38 billion per year. While some savings would be offset by the costs of interventions and insurance coverage expansions, there would be a net gain in value from a higher-performing health care system.

Leading states consistently outperform lagging states on multiple indicators and dimensions.
Thirteen states—Hawaii, Iowa, New Hampshire, Vermont, Maine, Rhode Island, Connecticut, Massachusetts, Wisconsin, South Dakota, Minnesota, Nebraska, and North Dakota—emerge at the top quartile of the overall performance rankings. These states generally ranked high on multiple indicators in each of the five dimensions assessed by the State Scorecard. Many have been leaders in reforming and improving their health systems and have among the lowest uninsured rates in the nation.

Conversely, the 13 states at the bottom quartile of the overall performance ranking—California, Tennessee, Alabama, Georgia, Florida, West Virginia, Kentucky, Louisiana, Nevada, Arkansas, Texas, Mississippi, and Oklahoma—lag well behind their peers on multiple indicators across dimensions. Uninsured rates for adults and children in these states are well above national averages and more than double those in the quartile of states with the lowest rates. The rates for receipt of recommended preventive care are generally low, and mortality rates from conditions amenable to health care often high.

Health system performance often varies regionally. Across dimensions, states in the Upper Midwest and Northeast often rank in the highest quartile of performance, with those in the lowest quartile concentrated in the South.

States can look to each other for evidence of effective policies and strategies associated with higher performance. For example, in 1974, Hawaii became the first state to enact legislation requiring employers to provide health insurance to full-time workers; it now ranks first in terms of access to care. For the past decade, Rhode Island has provided incentive payments to Medicaid managed care plans that reach quality targets; it now ranks first on measures of the quality of care. Maine, Massachusetts, and Vermont lead in providing equitable health systems; the three states are recognized for their innovation and leadership on expanding health insurance coverage and benchmarking for quality.

Four of the five leading states in the access dimension—Massachusetts, Iowa, Rhode Island, and Maine—also rank among the top five states in terms of quality. Moreover, states with low quality rankings tend to have high rates of uninsured. This cross-state pattern points to the importance of affordable access as a first step to ensure that patients obtain essential care and receive care that is well coordinated and patient-centered. In states where more people are insured, adults and children are more likely to have a medical home and receive recommended preventive and chronic care. Identifying care system practices as well as state policies that promote access to care is essential to improving quality and lowering costs.

The number of uninsured children has declined following enactment of federal Medicaid and State Children's Health Insurance Program (SCHIP) expansions for children. Yet, the high and rising rates of uninsured adults put states and the nation at risk as adults lose affordable access and financial security. The deterioration in coverage and the relationship between better coverage and better care point to a pressing need for national action to expand insurance coverage and ensure access to care.

States with higher medical costs tend to have higher rates of potentially preventable hospital use, including high rates of readmission within 30 days of discharge and high rates of admission for complications of diabetes, asthma, and other chronic conditions. Reducing the use of expensive hospital care by preventing complications, controlling chronic conditions, and providing effective transitional care following discharge has the potential to improve outcomes and lower costs.

There is room to improve in all states.
All states have substantial room to improve. On some indicators, even the top rates are well below what should be achievable. There are also substantial variations in performance within states.

Among the top-ranked states, each had some indicators in the bottom quartile or bottom half of the performance distribution. Understanding how underlying care system features and population factors contribute to performance variations will help inform efforts to improve.

Potentially Avoidable Use of Hospitals and Costs of Care

The view of health system performance across the nation reveals startlingly wide gaps between leading and lagging states on multiple indicators. The gaps represent illnesses that could have been prevented or better managed, as well as costs that could have been saved or reinvested to improve population health. The State Scorecard indicates that we have much to gain as a nation by aiming higher with a coherent set of national and state policies that respond to the urgent need for action.

States play many roles in the health systemas purchasers of public coverage and coverage for their employees, regulators of providers and insurers, advocates for the public health, and, increasingly, conveners and collaborators with other stakeholders. States also can provide a source of public reports on quality and costs. These roles provide potential leverage points to promote better access and quality and to address rising costs.

The findings point to the need for action in the following key areas:

Benchmarks set by leading states, as well as exemplary models within the United States and other countries, show that there are broad opportunities to improve and achieve better and more affordable health care. With health costs rising faster than incomes and straining family, business, state, and federal budgets, with access deteriorating, and with startling evidence of variable quality and inefficient care, all states and the nation have much to gain from aiming higher. All states can do better; and all should continually ask, "Why not the best?"

Director of the Center for State Health Policy, Rutgers University 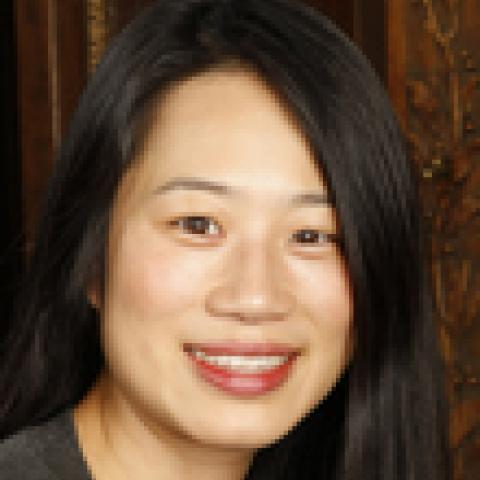