Competition Among Medicare’s Private Health Plans: Does It Really Exist?

Competition among private Medicare Advantage (MA) plans is seen by some as leading to lower premiums and expanded benefits. But how much competition exists in MA markets? Using a standard measure of market competition, our analysis finds that 97 percent of markets in U.S. counties are highly concentrated and therefore lacking in significant MA plan competition. Competition is considerably lower in rural counties than in urban ones. Even among the 100 counties with the greatest numbers of Medicare beneficiaries, 81 percent do not have competitive MA markets. Market power is concentrated among three nationwide insurance organizations in nearly two-thirds of those 100 counties.

Fostering competition among private insurance plans offering Medicare coverage is seen by some as having the potential to control program spending and provide beneficiaries with coverage that is more responsive to their needs.1 Advocates of converting Medicare into a “premium support” program, in which beneficiaries would receive a fixed amount to buy coverage from either a private Medicare plan or traditional Medicare, say such a move would introduce even more competition, leading to even lower costs for Medicare.2

But with consolidation among private payers raising concerns about dwindling competition in many regional markets, how much can plan competition be relied on to hold down Medicare prices and increase quality of services?3 In this brief, we examine the degree of competition among private Medicare plans at the county level to assess the potential for competitive forces to foster greater efficiency within those plans.

Since the 1970s, beneficiaries have had the option of obtaining their Medicare benefits through private health insurance plans (at first, only health maintenance organizations, or HMOs, were included). Allowing private insurers to participate in Medicare was intended to further two goals: 1) expanding beneficiaries’ choices to include plans that can offer more-coordinated care and more-comprehensive benefits than those provided through traditional Medicare; and 2) taking advantage of the presumed efficiencies of those plans.4

Under the Balanced Budget Act of 1997 and then the Medicare Modernization Act of 2003, beneficiaries’ choices have been expanded to include additional types of private plans, in what is now called Medicare Advantage (MA).5 Beginning in 2006, payments to each MA plan have been set according to the bid that a plan submits. The bids represent the average cost to the plan of providing traditional Medicare benefits to a typical enrollee in the counties it serves. The plan’s bid is compared with a benchmark rate (based on per capita spending by traditional Medicare in each county), and its payment is set equal to its bid plus a rebate amount based on the difference between its bid and the benchmark rate.6

As noted above, there has been interest in expanding the role of MA plans and promoting competition among these plans and traditional Medicare, on the premise that increased competition will hold down program spending.7

Generally, greater competition is seen as beneficial to consumers and purchasers, in terms of controlling costs and promoting quality. This has been found to be true in health care markets as well.8 For this reason, the trend toward greater consolidation of market power among both providers and payers has raised concerns.9 In particular, recent or anticipated mergers and acquisitions among insurance companies that have large shares of Medicare business have raised concerns about how these moves might affect the MA market.10

To provide an indication of the extent to which competition exists in MA markets, we used the most recently available Medicare data on MA plan enrollment in each county to calculate an index of market concentration, a useful indicator of the degree of competition that exists. A standard measure of market concentration is the Herfindahl-Hirschman Index (HHI), which is what we use for our study.11 The U.S. Department of Justice Antitrust Division and the Federal Trade Commission, the agencies primarily responsible for administration of federal antitrust laws, generally classify markets into three categories:

These agencies use the HHI, and the change in HHI, as a basis for evaluating the potential antitrust implications of market acquisitions and mergers across many industries, including health care. The HHI is also commonly used to portray the degree of market concentration and competition in market areas within an industry.12

The HHI is calculated by summing the squares of the market shares of individual firms. Here are two hypothetical examples:

In general, a market with a high degree of concentration—dominated by a small number of firms with large market shares—is less likely to exhibit the positive effects of competition. A market that is not highly concentrated is more likely to be competitive.

For this study, we obtained data on March 2012 MA plan enrollment and payment from the Centers for Medicare and Medicaid Services (CMS), which administers both traditional Medicare and Medicare Advantage, to determine market concentration in the more than 2,900 counties in the U.S. with 10 or more Medicare beneficiaries enrolled in a MA plan. We then performed more detailed analysis for the 100 urban counties with the largest numbers of MA enrollees; together, these counties accounted for 47 percent of MA enrollees and 38 percent of beneficiaries nationwide. (See “How This Study Was Conducted” for further details.)

Our analysis of Medicare Advantage plan market shares for 2012 indicates there is little competition anywhere in the nation.

MA Plan Markets Are Highly Concentrated Across the U.S.

The Pattern Holds in the 100 Largest Counties

Exhibit 3. Level of Medicare Advantage Market Concentration in the
100 U.S. Counties with the Largest Numbers of Medicare Beneficiaries, 2012

Exhibit 4. Dominant Firms in the 100 Counties with the Largest Numbers
of Medicare Beneficiaries, 2012

These findings should not be surprising. They are fully consistent with results of an analysis of employer and individual health insurance markets previously reported by the American Medical Association (AMA) and the Government Accountability Office (GAO). The AMA, in calculating HHI scores for private health insurers within metropolitan statistical areas, found that 72 percent of those markets are considered highly concentrated.13 The GAO, which assessed concentration of private health insurers at the state level for the individual, small-group, and large-group insurance market segments, reported that, in most states, enrollment was concentrated among the three largest insures. Within each of the three market segments, the three largest insurers had 80 percent or more of the total enrollment in at least 37 states.14

These data reflect the challenge of relying on the beneficial effects of competition among health insurers to produce the low costs and high quality generally expected from competitive markets. Although increased market power among health insurers may lead to lower prices from health care providers, it is not clear that it results in lower premiums for consumers and purchasers.15

The results of this analysis indicate that careful thought must be given to proposals that would rely on competition among plans to reduce cost growth and improve quality. Under a premium-support system, for example, local payment amounts would be heavily influenced by the bids submitted by a small number of health insurance firms in each local market; many of these firms have substantial market power nationwide, as well.

The benefits of competition can be relied on only in markets where the elements of competition exist. It is not clear that merely expanding the role of private plans would improve Medicare’s ability to serve its beneficiaries, either in terms of the quality or cost of care.

7 A. Rivlin and W. Daniel, Could Improving Choice and Competition in Medicare Advantage Be the Future of Medicare? (Washington, D.C.: The Brookings Institution, June 2015), http://www.brookings.edu/%7E/media/Research/Files/Papers/2015/06/04-medicare-2030-paper-series/060315RivlinDanielMedicareAdvantage.pdf?la=en.

16 Firms may offer more than one plan in any county.

17 Our analysis excluded counties in which there were fewer than 10 MA enrollees. 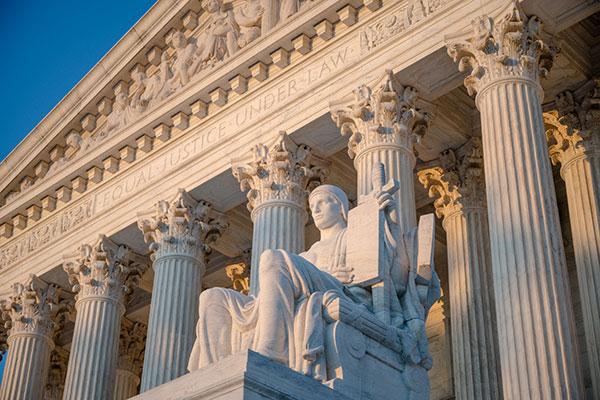