Do Medicare Advantage Plans Respond to Payment Changes? A Look at the Data from 2009 to 2014

Despite a reduction in the growth of payments to Medicare Advantage plans, their enrollment has grown significantly since 2009 as plans have controlled their costs

There may be further room for Medicare Advantage plans to improve efficiencies in delivering benefits, as Medicare payments continue to exceed plans’ costs of providing Medicare benefits

Proponents of a larger role for private plans in Medicare argue that they are likely to be more efficient than the government-sponsored program, and that competition among such plans will increase the choices available to beneficiaries and control costs. But for most of its history, Medicare payment policies have not provided private plans with strong incentives to achieve efficiency. Under the Medicare Modernization Act of 2003, payment levels for private plans in most counties exceeded per beneficiary costs in traditional Medicare.1

How have Medicare Advantage plans continued to thrive in recent years despite less generous payment? Little is known about how they have controlled their costs in response to decreased payment. In this issue brief, we examine changes in Medicare per enrollee payments to plans and their expected per enrollee costs across counties and types of plans, using data from the Centers for Medicare and Medicaid Services (CMS) from 2009 and 2014 (see How We Conducted This Study).9

These parameters changed considerably between 2009 and 2014. The benchmark rates are now set at 95 percent, 100 percent, 107.5 percent, or 115 percent of traditional Medicare spending per beneficiary, depending on the county’s costliness (i.e., Medicare spending per beneficiary). The rebate has been reduced from 75 percent to 50 percent of the difference between the benchmark and the plan’s bid, and the benchmark and/or rebate also may vary depending on the plan’s quality rating. These changes have reduced the growth of per enrollee payments to MA plans and shifted a greater share of payments to high-performing plans.11

How Have Plans Responded?

Using data from 2009 and 2014, we examine how Medicare per enrollee payments to plans and plans’ bids (which generally represent their expected total costs per enrollee of providing Medicare Part A and Part B benefits, including medical expenditures, administrative costs, and a predetermined profit rate) changed over that period.12,13 In the aggregate, while projected spending per beneficiary in traditional Medicare increased by 5.0 percent in the five years between 2009 and 2014, MA plan benchmarks increased only 1.5 percent (Exhibit 2). Plan bids, representing their expected costs per enrollee, increased only 2.6 percent — half as much as in traditional Medicare. Total per enrollee payments to plans, including rebates, actually decreased, by 0.7 percent. Nonetheless, MA plan enrollment increased across the board, growing 48 percent nationwide. These changes, however, varied across counties and by type of plan.

The change in MA plan bids (i.e., expected per enrollee costs) also varied across the county quartiles, in roughly the same pattern as the change in Medicare per enrollee payment to plans (Exhibit 4). This indicates that MA plans may have responded to substantial payment pressure by reducing their own costs.14 Notably, though, even in the group of counties that experienced the largest declines, total Medicare payments to MA plans in 2014 were still 13 percent higher than their expected costs per enrollee of providing Medicare Part A and Part B benefits (Exhibit 5).

Changes by Type of Plan

We also grouped plans into three types: health maintenance organizations (HMOs), the most tightly structured type of plan in terms of managing care, and local preferred provider organizations (PPOs) and regional PPOs, each of which are less structured than HMOs.15 In terms of enrollment, HMOs have more than 70 percent of MA enrollees, while local and regional PPOs, with about 25 percent of all MA enrollees combined, are the fastest-growing plan type.

HMOs experienced essentially flat growth in benchmarks between 2009 and 2014 (0.1 percent) and the largest average decline in per enrollee payments of any plan type, with a decrease of 2.1 percent between 2009 and 2014 (Exhibit 6). They also had the smallest increase in their bids (1.5 percent) over the five years. Local and regional PPOs had benchmarks that grew by 1.4 percent and 3.8 percent, respectively; they experienced a small increase or slight decrease in per enrollee payments to them over the same period, and their bids grew faster than those of the HMOs.

Despite the slow growth in Medicare benchmarks faced by each type of plan, plans were able to keep their bids below those benchmarks rates, which enabled them to continue to receive rebates (Exhibit 7). HMOs, for whom benchmarks remained essentially flat, nonetheless were most successful, on average, in controlling their per enrollee costs. However, per enrollee payments to HMOs in 2014 were still 12 percent higher than their expected per enrollee costs of providing Medicare Part A and Part B benefits.

Our analysis indicates that, in the face of pressure from slow — and in some cases negative — benchmark growth, MA plans responded by controlling their cost growth. However, Medicare per enrollee payments to MA plans are still greater on average than plans’ bids, which means Medicare is paying substantially more than plans’ expected total costs of providing Medicare benefits to their enrollees. MA plans retain a portion of these extra payments as administrative fees and by law must use the remaining extra payments to offer additional benefits, which tend to attract new enrollees. This may help explain the continued enrollment growth in Medicare Advantage.

The fact that MA plans, in the aggregate, have responded to declining payment rates by controlling costs is encouraging news and lends credence to the theory that plans would respond to competitive market conditions by increasing efficiencies while also serving the needs of their enrollees. These results also undercut arguments that increased payment pressure would lead to the demise of Medicare Advantage; in fact, enrollment has continued to grow. Moreover, there may be further opportunities for MA plans to show how efficient they can be as their payments continue to exceed their costs and traditional Medicare spending per beneficiary in many counties — and while traditional Medicare moves from volume-based to value-based payments.16

Various proposals have called for different roles for private plans as Medicare enters its second 50 years. Some would increase the role of private plans, but critics worry that beneficiaries lack the information needed to choose among plans, and that many of those proposals might end up costing beneficiaries more and concentrating older and sicker beneficiaries in traditional Medicare.17,18 Alternatively, improvements in traditional Medicare’s structure and benefit package have been proposed that could enable it to compete on a more level playing field with private plans.19

In any case, more attention needs to be devoted to how private plans are paid. Until recently, Medicare payment policy did not provide strong incentives for private plans to perform effectively and efficiently or link payment to performance. More data should enable better analysis of these issues and — particularly given the growth of Medicare Advantage enrollment and calls for increased competition between traditional Medicare and private plans — the focus should be on improving both MA plans and traditional Medicare, to the benefit of all Medicare beneficiaries.

This analysis uses data from the Centers for Medicare and Medicaid Services (CMS) containing Medicare Advantage (MA) plan costs and payments (adjusted to reflect the average level of risk represented by plan enrollees),20 county-level MA enrollment,21 and county-level predicted traditional Medicare spending for 2009 and 2014.22 In these analyses, we include health maintenance organization (HMO), local preferred provider organization (PPO), private fee-for-service (PFFS), and regional PPO plans that are available to all Medicare enrollees, including Special Needs Plans (SNPs). MA plans reimbursed on a cost basis have been excluded, as have employer group plans. The resulting dataset includes 2,797 MA plans in 2009 and 2,329 MA plans in 2014.23 All estimates in this study are weighted by enrollment.

1 B. Biles, J. Pozen, and S. Guterman, The Continuing Cost of Privatization: Extra Payments to Medicare Advantage Plans Jump to $11.4 Billion in 2009 (The Commonwealth Fund, May 2009).

4 Taking into account the effect of coding practices by MA plans, the ratio of payments to MA plans to per beneficiary spending in traditional Medicare was between 102 percent and 104 percent in 2017.

5 The analyses in this issue brief cover 2009 to 2014, the most recent years for which detailed, comparable data are available.

6 Congressional Budget Office, “Comparison of Projected Enrollment in Medicare Advantage Plans and Subsidies for Extra Benefits Not Covered by Medicare Under Current Law and Under Reconciliation Legislation Combined with H.R. 3590 as Passed by the Senate (based on draft legislative language and modifications discussed with staff),” in Selected CBO Publications Related to Health Care Legislation, 2009–2010 (CBO, Dec. 2010), pp. 66–68.

9 Although data are available for 2015, those data reflect changes in the calculation of Medicare Advantage benchmarks and changes to the normalization factor for risk adjustment that create a break in trend for time-series analysis. For more detail about these changes, see Centers for Medicare and Medicaid Services, Announcement of Calendar Year (CY) 2015 Medicare Advantage Capitation Rates and Medicare Advantage and Part D Payment Policies and Final Call Letter (CMS, April 7, 2014).

12 Each MA plan is permitted to include in their bid a profit rate equal to the rate they receive on their commercial business.

13 For this analysis, we have excluded Medicare Advantage employer plans and plans reimbursed on the basis of their costs because the payment rules and markets for those plans are different than for other MA plans.

15 Although we also examined private fee-for-service (PFFS) plans, which are the least tightly structured of any type of MA plan, they are not discussed here because significant changes affecting PFFS plan enrollment may hinder the ability to compare them to other types of plans.

The authors thank Shawn Bishop and Eric Schneider of the Commonwealth Fund for their review and comments on various versions of this paper, and Brian Biles for his involvement in initial stages of this research. 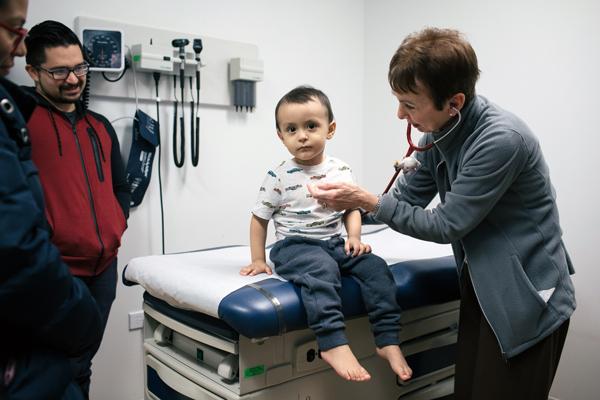 How Are States Addressing Primary Care Quality in Medicaid Managed Care?
March 19, 2019 | To The Point 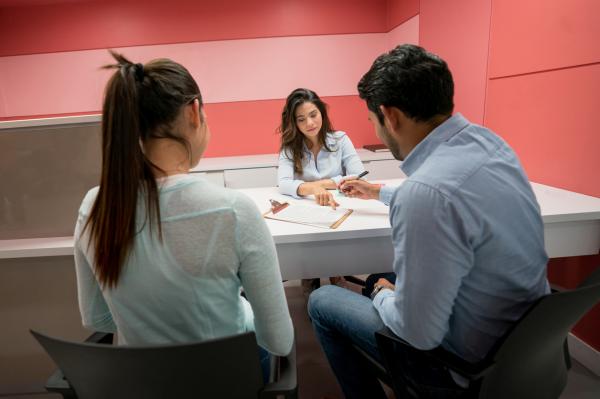 Provider Networks and Access in Medicaid Managed Care: A Look at Federal and State Standards
October 10, 2018 | To The Point