In a recent analysis for The Commonwealth Fund, we examined what can be thought of as the first generation of federally approved Section 1115 demonstrations involving state implementation of the Affordable Care Act’s (ACA) adult Medicaid expansion. The demonstrations combine the expansion of Medicaid eligibility with broader reforms to covered benefits and cost-sharing. But Indiana’s latest demonstration, approved last month, is a game changer: Healthy Indiana requires that certain beneficiaries make monthly cost-sharing contributions up front in order to remain eligible for coverage. Those who fail to do so will face a six-month Medicaid lockout.

Copayments in Medicaid are not new. But Healthy Indiana makes advance cost-sharing payments a condition of coverage for certain beneficiaries. In exchange for this, along with an agreement to eliminate other federal requirements such as retroactive eligibility for the expansion population, the state expands coverage to all low-income adults made eligible under the ACA. Approximately 350,000 adults under 65 are expected to gain insurance, although the demonstration’s terms will apply to previously covered groups as well (pregnant women are exempt).

Indiana will enroll people into health plans with Personal Wellness and Responsibility (POWER) accounts that are similar to high-deductible health plans with health savings accounts (HSAs). But unlike people with employer or other private plans who have HSA accounts that make monthly deposits optional, Medicaid beneficiaries with incomes between 100 percent and 138 percent of the federal poverty level will be required to contribute 2 percent of their income to their POWER accounts. The state also will contribute, and beneficiaries will then use these funds to pay for covered medical services. Failure to make scheduled monthly payments will result in disenrollment from Medicaid for six months unless beneficiaries can demonstrate they are “medically frail” or they qualify under another narrow exemption category, such as “moved to another state and returned.” The federal approval letter does not define the term “medically frail,” although in federal regulations it generally encompasses individuals with serious medical conditions.

Beneficiaries with incomes below the 100 percent threshold cannot be “locked out” of Medicaid. But this group must make monthly advance payments into their POWER accounts if they wish to avoid some of the cost-sharing requirements under the demonstration, or to become eligible for additional benefits such as vision or dental coverage.

Nominal cost-sharing for certain populations and services in the form of copayments has been a feature of the Medicaid program since its 1965 enactment. And in recent years, the Centers for Medicare and Medicaid Services has allowed states to impose relatively significant copayments on covered benefits to encourage responsible use of care. However, cost-sharing for the poor may have unintended effects. One recent article reviewing Medicaid cost-sharing research concluded that charging at the point of care can discourage beneficiaries from seeking medically necessary care, and that, like most people, Medicaid beneficiaries have difficulty distinguishing between necessary and unnecessary care.

Indiana’s demonstration will be closely watched. The state believes that most beneficiaries will comply and make the required contributions—and that the program will not negatively affect their access to care or their health. The federally required evaluation of the demonstration will likely focus on:

In the meantime, developments in other states considering demonstrations continue. On February 5, during a special session, a key state senate committee voted down Tennessee Governor Haslam’s proposed Medicaid expansion demonstration, which had been under negotiation with the federal government for more than a year. The Tennessee expansion would have covered some 280,000 poor residents. Reconsideration of the vote is not expected in the general 2015 legislative session. The Tennessee plan would have coupled expansion with a voucher program for the poor who are offered workplace coverage.  In Wyoming, the state legislature similarly rejected an expansion plan proposed by Governor Mead and also under negotiation with CMS. An expansion demonstration plan for Utah remains alive and still in the discussion phase; Utah would make enrollment in a work search program a condition of eligibility, a requirement that has already been rejected by the U.S. Department of Health and Human Services in Pennsylvania’s waiver application. Whether federal officials allow more states to follow the Indiana model and tie expansion demonstrations to advance funding of health savings accounts remains to be seen, as does the fate of proposals such as Utah's. 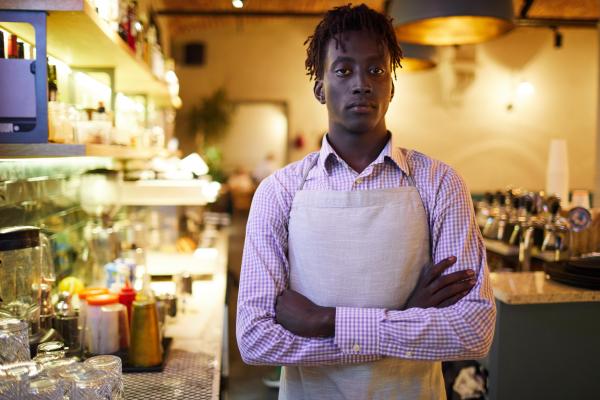 Who Are the Remaining Uninsured, and Why Do They Lack Coverage?
August 28, 2019 | Issue Briefs