What can we learn from Wisconsin’s BadgerCare experiment, which reduced eligibility for Medicaid?

As described in our recent analysis, many states are using Section 1115 waivers to expand eligibility for Medicaid to people with incomes up to 138 percent of the federal poverty level (FPL), set at $33,465 for a family of four in 2016. These waivers allow the U.S. Department of Health and Human Services and states to test innovations in Medicaid and other public welfare programs without formal legislative action.

This post focuses on Wisconsin’s 2014 BadgerCare demonstration, which reduced, rather than expanded, eligibility for Medicaid.

In the past, Wisconsin was a leader in using Section 1115 to extend Medicaid to lower-income populations who otherwise would be uninsured. BadgerCare, which dates to 1999, initially extended coverage to families making the welfare-to-work transition. In 2008 the state broadened its demonstration to include children and pregnant women with incomes below 300 percent of poverty and parents and caretaker relatives with incomes up to 200 percent of poverty. In 2009, all low-income (below 200% FPL) working-age adults became eligible for a limited benefit plan. The terms of the federal demonstration also permitted the state to freeze enrollment once spending exceeded the state’s budget, which happened after just three months. The state also required families with incomes of 150 percent of poverty or higher to pay monthly premiums or risk being “locked-out” of the program for failure to pay, originally for six months (2008 waiver) and later for 12 months (2012 waiver).

In 2014 when the Affordable Care Act’s major coverage expansions began, Wisconsin opted not to expand Medicaid. Instead it requested and received permission from the Centers for Medicare and Medicaid Services to reduce its BadgerCare eligibility limits, from 200 percent to 100 percent of poverty, for all nonpregnant, nondisabled adults. At the same time, the state lifted its enrollment freeze for adults with incomes below 100 percent FPL, and benefits were broadened to a full Medicaid package for all enrolled adults. Approximately 80,000 people lost Medicaid as a result of reduced eligibility and were told to obtain subsidized coverage through the marketplace. The 2014 waiver modifications also expanded the state’s prior rules regarding Medicaid premium payments, extending the requirement to beneficiaries making the welfare-to-work transition and applying a lock-out policy for nonpayment.

As reconfigured in 2014, Wisconsin’s Section 1115 demonstration tests the effects of reducing Medicaid income eligibility levels for most nonelderly adults from 138 percent to 100 percent of poverty and moving these beneficiaries into the marketplace, where premiums equaling 2 percent of family income and higher cost-sharing in form of deductibles and copayments are the norm. It’s also testing the impact of requiring some beneficiaries to contribute toward premium costs.

Wisconsin’s experiment will thus offer important lessons for state and federal policymakers advocating similar proposals. As required by the Centers for Medicare and Medicaid Services, Wisconsin is evaluating the effects of the demonstration. The state hired independent evaluators from the University of Wisconsin, who were given the opportunity to make methodological changes but not to alter the scope of the state-designed evaluation.

The evaluation is considering the effect of Medicaid premiums and lock-out policies as applied to adults making the welfare-to-work transition. It also will examine the impact of the demonstration on people who remain eligible for Medicaid, including the effects of expanding benefits for those who were previously entitled only to limited coverage. However, it is not examining the impact of lowering Medicaid eligibility to 100 percent of poverty or moving near-poor adult beneficiaries into marketplace coverage.

Several vital questions fall outside the state’s evaluation: 1) What has been the impact of marketplace premium contributions on enrollment among near-poor adults? 2) What has been the impact of the marketplace plans’ cost-sharing on use of care, especially compared with health care use prior to the switch? 3) Did eliminating Medicaid eligibility for near-poor parents and caretakers, coupled with new marketplace requirements, affect children’s enrollment? 4) Did the changes have a quantifiable impact on measures of patient or population health?

Asking these questions about the effects of withdrawing Medicaid coverage from a near-poor population is critical, given the policy interest in letting states lower the Affordable Care Act’s Medicaid upper-eligibility threshold. Getting answers to these questions in advance of a broader policy debate is precisely what Section 1115 was designed to do, so that as policymakers move forward, they can do so with real evidence under their belts. 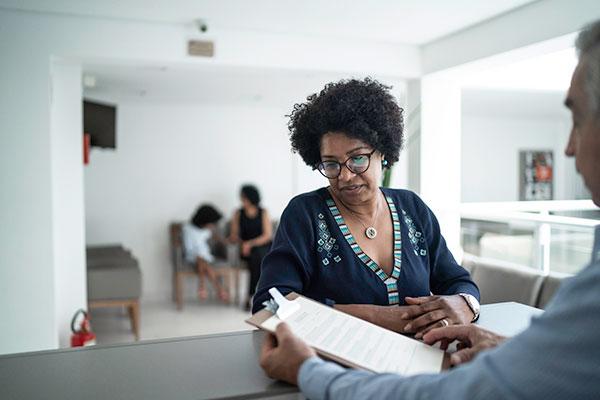 What Does New Block Grant Guidance Mean for the Medicaid Program?
January 31, 2020 | To The Point

S. Rosenbaum, "Wisconsin’s 1115 Medicaid Demonstration: What Will Policymakers Learn?" To the Point, The Commonwealth Fund, June 9, 2016.