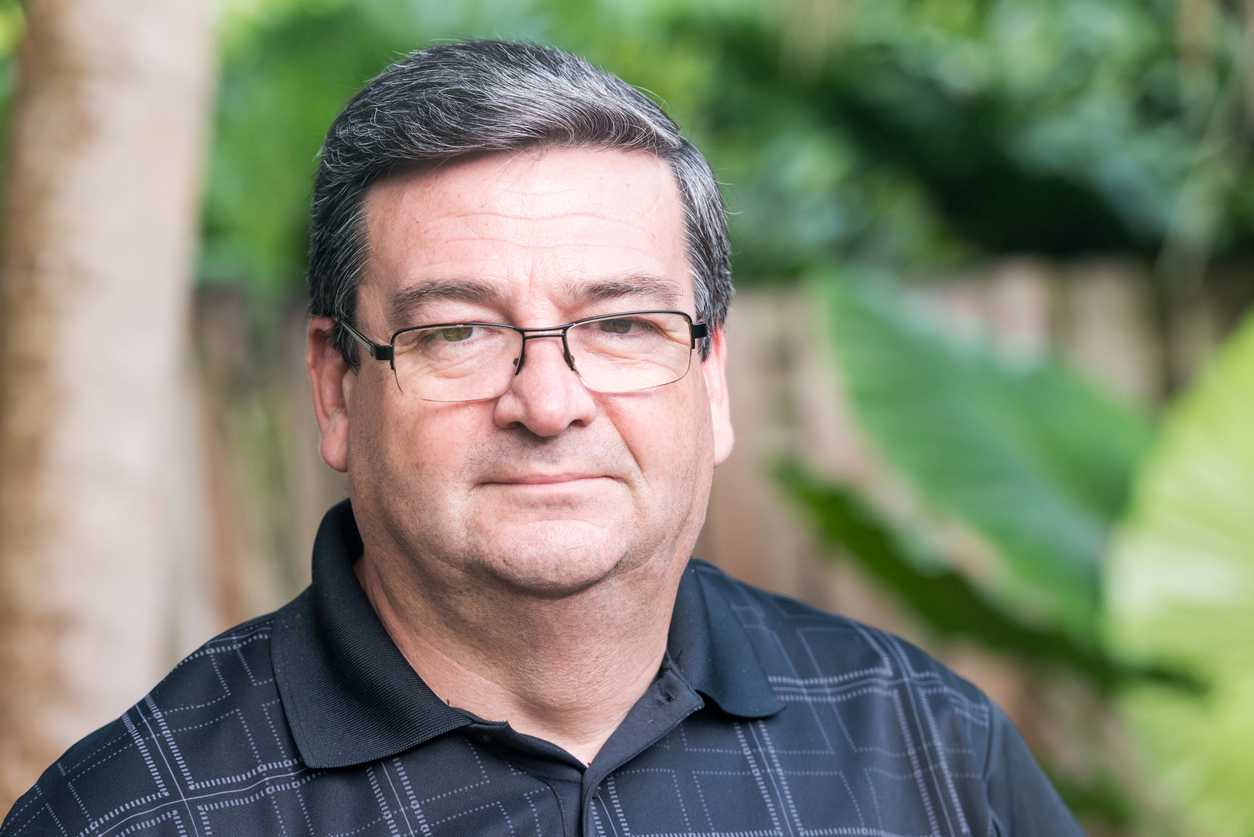 "The ACA penalizes individuals who remain uncovered, the AHCA penalizes them when they try to get covered."

This week, Republicans in the U.S. House of Representatives introduced “The American Health Care Act” (AHCA), a bill aimed at repealing and replacing certain provisions of the Affordable Care Act (ACA). The bill proposes to replace the ACA’s individual requirement to have health insurance, or face a tax penalty, with a requirement to maintain continuous coverage. Under the new proposal, anyone who applies for insurance in the individual or small-group markets can be charged a penalty by their insurer equal to 30 percent of their monthly premium if they had a gap in their insurance of more than 63 days in the prior year. Insurers can levy the penalty for 12 months regardless of how long the gap was. People enrolling either during an open enrollment period or in a special enrollment period are subject to the penalty.1

Data from the 2016 Commonwealth Fund Biennial Health Insurance Survey indicate that if such a policy had been in effect in 2016, an estimated 30 million working-age adults would have faced a premium surcharge had they tried to buy coverage in the individual or small-group markets.

How Many People Would Face a Penalty?

Among this group with a gap in insurance, 75 percent, or about 30 million people, had been uninsured for longer than three months (Exhibit 1), which is slightly longer than the 63-day gap period allowed under the House bill. Excluding people who never had insurance, 21 million adults might have been subject to a penalty. While some people with coverage gaps might have ultimately gained coverage through an employer or Medicaid, the estimate suggests the size of the population that would face a surcharge in a given year.

How Much Would People with Coverage Gaps in 2016 Have Paid in Premium Surcharges?

To estimate how much people would pay in surcharges, we used estimated premiums based on Christine Eibner and Sarah Nowak’s analysis of The CARE Act, which allows insurers, as in the House bill, to charge older adults five times more than they charge young adults.3 Premiums are for a plan in 2018 with a 70 percent actuarial value, or the average medical costs covered for people enrolled in silver-level plans under the ACA.4

Because insurers can currently charge older people only three times more than younger people, premiums rise significantly with age under the House bill. This also means that the amount people can be charged for not maintaining continuous coverage is significantly higher for older people than for younger people. For example, a 30-year-old with a gap in coverage of longer than 63 days in the past 12 months would face a surcharge of $84 per month for the next 12 months, for a total of $1,007. In contrast, a 50-year-old with a gap in coverage of the same length would be charged $96 more than a younger person per month, or $1,154 more over 12 months, for a total of $2,161 (Exhibit 2).

People who live in rural and other areas of the country where health care costs and premiums are higher also would face higher premium surcharges if they had a gap in coverage. As Jeanne Lambrew points out, the penalty would hit hardest the areas where consumers have the fewest options.5

How Does the AHCA Penalty Compare to ACA Penalties?

Because the House bill’s surcharges are based on people’s premium levels and are levied for 12 months regardless of the length of time someone had a gap in coverage, they will likely be more punitive than the ACA’s individual mandate penalties for people with incomes under $100,000 a year.

Under current law, people with incomes above the tax filing threshold are required to have health insurance or pay a penalty through their taxes for each month during the year that they did not have health insurance. If they have a gap of two months or less, they are exempted from the penalty.6 The penalty is equal to about $58 per month, up to $695 a year, or 2.5 percent of income (whichever is higher, up to a maximum equal to the national average bronze plan premium). In 2015, approximately 6.5 million people paid a penalty.7

Under the ACA, people with higher incomes pay higher penalties for coverage gaps. If the 50-year-old had an income of $100,000 and a four-month coverage gap, his penalty would be $747, which is still less than the 12-month premium surcharge under the proposed House bill. If he were uninsured for 12 months, the ACA penalties would increase to $2,241, which exceeds the amount he would face in the repeal bill’s surcharges.

But the House bill’s continuous coverage requirement is a problematic substitute for the ACA mandate. As drafted, it includes a number of incentives that could increase the number of uninsured Americans and potentially destabilize the individual and small-group insurance markets. For example, young adults, once covered, have less incentive than older adults to remain insured. In high-cost areas of the country, people who are sicker would be more motivated to enroll and keep their coverage than those who are healthier. This could lead to less healthy risk pools and higher premiums.

Overall, because people who had a coverage gap would face higher premiums when they enrolled, they would have a strong disincentive to re-enroll, leading to larger numbers of people uninsured. This effect would be most visible among lower-income people, for whom the surcharge would fall most heavily relative to income. By contrast, the ACA mandate penalties act as an incentive for people to enroll: one avoids the tax penalty by getting covered. In sum, the ACA penalizes individuals who remain uncovered, the AHCA penalizes them when they try to get covered.

1 The current bill would allow a 12-month premium surcharge for people enrolling in the 2019 open enrollment period who had a gap in coverage of more than 63 days. People who enroll in a special enrollment period in 2018 with a coverage gap of that length would face a surcharge for each remaining month in the 2018 plan year. It is not clear whether that penalty would extend for a full 12-month period into the 2019 plan year. Young adults who age off their parents’ policies and have a gap in coverage would need to show that they enrolled in the first open enrollment period following their loss of coverage to avoid the penalty. See T. Jost, “Examining The House Republican ACA Repeal And Replace Legislation,” Health Affairs Blog, March 7, 2017, http://healthaffairs.org/blog/2017/03/07/examining-the-house-republican-aca-repeal-and-replace-legislation/.

2 An analysis by the Assistant Secretary for Planning and Evaluation found that about 31 million people with a preexisting condition experienced at least one month without insurance coverage in 2014, and 44 million with a preexisting condition went uninsured for at least one month during the two-year period beginning in 2013. See ASPE, Health Insurance Coverage for Americans with Pre Existing Conditions: The Impact of the Affordable Care Act, Jan. 5, 2017, https://aspe.hhs.gov/pdf-report/health-insurance-coverage-americans-pre-existing-conditions-impact-affordable-care-act.

3 C. Eibner and S. Nowak, Evaluating the CARE Act: Implications of a Proposal to Repeal and Replace the Affordable Care Act, The Commonwealth Fund, May 2016, http://www.commonwealthfund.org/publications/fund-reports/2016/may/evaluating-care-act.

4 The AHCA ends the ACA’s metal tier requirements, or actuarial value levels. The ACA requires plans sold in the individual market to have actuarial values of 60 percent or higher. The AHCA lifts this requirement and allows the sale of plans with less than 60 percent actuarial value. These plans would have higher deductibles and other cost-sharing than those allowed under the ACA, but would still have the same out-of-pocket limits. The premiums for these lower actuarial value plans might be lower than those used in this analysis.

6 HealthCare.gov, “How to Claim an Exemption for a Short Gap in Coverage,” https://www.healthcare.gov/exemptions-tool/#/results/2016/details/short-gap.

S. R. Collins and M. Z. Gunja, “Millions of Americans Could Face a Premium Surcharge Through the ACA Repeal Bill’s ‘Continuous Coverage’ Provision,” To the Point, The Commonwealth Fund, March 9, 2017.