The election of Donald Trump makes it likely that the individual health insurance markets, transformed by the Affordable Care Act (ACA), will again undergo significant changes. Though the markets face an uncertain future, one pre-election trend is set to continue: health plans with narrow provider networks—increasingly common in recent years—will likely remain prevalent in 2017.

Narrow network plans have been popular among insurers because they are easier to price competitively and appear to have had stronger financial performance than plans with broader networks.

How much consumers care about how narrow or open their provider networks are is difficult to gauge. People have picked narrow network plans over broader options with increasing frequency and surveys show they tend to be satisfied with their choices. Moreover, while research examining the quality of care provided by plans with limited networks is relatively sparse, there is some evidence to suggest that these plans have performed just as well as those that offer access to a broader range of providers. Troublingly, however, consumers don’t always have reliable information to help them decide whether the network they are buying is likely to meet their needs. Concerns also persist about the ability of such plans to provide timely access to care, including services from specialists and high-performing hospitals.

Network oversight: How much, and by whom?

Prior to health reform, states regulated commercial insurers’ provider networks, but the content and scope of their oversight varied substantially. The ACA addressed this fragmentation by establishing a baseline federal standard—a first for private health insurance—designed to ensure enrollees in marketplace coverage have adequate access to health care providers.

In practice, in the initial years of ACA implementation, the Obama administration gave states wide latitude to address network issues as local policymakers saw fit. This approach is likely to carry forward: though the new administration has argued narrow networks are a problem, it and congressional Republicans have objected to federal oversight of health insurance and may defer to the states on these issues.

How are states regulating networks?

At the time the marketplaces launched, in 2014, nearly every state had a regulatory standard that required at least some types of health plans (but, often, not all) to maintain an adequate provider network. Just over half of states also required plans to satisfy measurable quantitative standards of network sufficiency.

Given the attention paid to narrow networks since the marketplaces’ rollout, we previously investigated whether states had changed their approach to network regulation. We found few had done so. Some states were moving slowly in order to gather feedback from stakeholders and consumers. Many states also seemed to be waiting for the National Association of Insurance Commissioners (NAIC)—the influential standard-setting and regulatory support organization comprised of insurance regulators from every state—to complete revisions to its network adequacy model law, which it did, after more than a year of deliberations, in November 2015.

The previous edition of the NAIC model law served as a template for states and federal regulators as they crafted ACA network adequacy regulations. The revised model makes numerous changes to the old framework that render it significantly more protective of consumers than before. It requires stronger disclosures by plans concerning the development and operation of their networks, bolsters the authority of state insurance departments to decide whether a network is adequate—though it doesn’t establish quantitative standards—and sets more stringent rules designed to increase the accuracy of provider directories.

Little movement toward the model, yet

Despite support for the model from stakeholders, consumer groups, and state regulators themselves, few states have so far enacted laws based on the new framework. Connecticut adopted legislation giving more authority to its insurance department, while Maryland and Georgia passed bills that include innovative provisions supported by consumer advocates aimed at improving provider directories. The Maryland law also requires its insurance administration to adopt regulations establishing quantitative standards for evaluating network sufficiency.

These states are joined by a handful of others that, since 2014, have moved ahead—especially on directory transparency issues—through administrative actions or in ways largely independent of the NAIC. For example, Nevada and Oregon recently completed long-running regulatory processes that strengthen network review standards. Colorado’s insurance division has issued guidance that includes quantitative standards and provider directory requirements similar to the new Maryland and Georgia laws. And in California, legislation passed in 2015 has now taken effect that establishes perhaps the most comprehensive set of protections related to provider directories in the nation.

In recent years, discussions about narrow networks have often begun by focusing on federal developments. This made some sense. The ACA’s private market network adequacy standard is a first. Federal regulators gradually have strengthened these protections for coverage sold on the federal marketplace. And marketplaces, federal and state, have begun to offer tools that help consumers understand the size and composition of the networks available to them. These advances on behalf of consumers are significant but may be undone in the event the ACA is repealed.

Yet states have been in the driver’s seat on network regulation and are likely to remain there. The current period of political and market uncertainty may, or may not, affect how states approach this responsibility. But it underscores the importance of monitoring their efforts as they continue to work through these complicated issues. 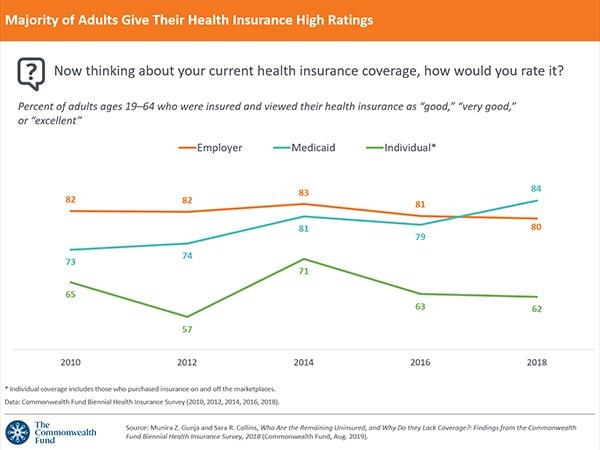 J. Giovannelli and A. Williams, "Regulation of Narrow Networks: With Federal Protections in Jeopardy, State Approaches Take on Added Significance," To the Point, The Commonwealth Fund, Jan. 31, 2017.