Is Arbitration an Answer for High Drug Prices?

Congress could grant Medicare, the largest drug buyer in the country, the authority to use negotiation with binding arbitration in limited circumstances

Congress and the Trump administration have considered a range of actions to lower prescription drug prices, but there is one that’s flown under the radar of most policymakers: binding arbitration. At a recent Capitol Hill briefing held by the National Coalition on Health Care — a group of diverse stakeholders seeking a health system that is “more effective, efficient and responsive” — a panel of experts discussed the potential of this option to help determine prices for selected high-cost drugs covered under Medicare Part D.

Binding arbitration is, of course, used to resolve a range of economic disputes, perhaps most notably in wage-settlement cases — think Major League Baseball — where the two sides fail to negotiate an agreement. The buyer and the seller agree to make their respective cases to an impartial arbitrator, who chooses a salary, or price, that falls within the range of the two proposed. Under “final offer” binding arbitration, the arbiter selects one of the two parties’ final offers as the price.

Health economists Len Nichols, Richard Frank, and Joe Antos, along with health policy analyst Leigh Purvis, were the experts at a March briefing, which was sponsored by Arnold Ventures and the Commonwealth Fund. Here are highlights of what they had to say.

Why We Need to Consider Binding Arbitration

Rapidly rising prices for biologic drugs like Humira and Rituxan are a good example of why binding arbitration may be needed more than ever. These medications, which are made from a living organism or its products, are some of the biggest drivers of drug spending, with patients and payers bearing the costs.

Medicare, the biggest buyer of biologics, has only limited tools for controlling their prices. While approximately 90 percent of all Medicare Part D prescriptions filled are for generics, the Hatch-Waxman Act of 1984 — which helped create a robust market for lower-cost generic alternatives — doesn’t apply to biologics. Although a recent law created a regulatory pathway for biosimilar drugs that can be cheaper alternatives to biologics, a large number of impediments to a robust biosimilar market exist in the U.S. Moreover, the law creating Medicare Part D blocks the Secretary of Health and Human Services from engaging in any price negotiations with manufacturers whose drugs are covered by the program — a situation that Len Nichols says amounts to “unilateral disarmament.”

Nichols, director of the Center for Health Policy Research and Ethics at George Mason University, doesn’t believe that price negotiation, with arbitration as a backstop, equates to price control, as some argue. A case in point, he says, is defense procurement: when buying nuclear submarines, for example, the U.S. Navy and its supplier enter into a fixed-price contract giving the manufacturer both financial upside and downside risk for the cost of production. If costs come under the fixed price, then the manufacturer keeps the difference; the opposite is true if costs are above the price. Congress aims to purchase at a price that protects both taxpayers and national security. This is useful precedent, according to Nichols, for drug pricing, with Congress striving to lower drug prices for taxpayers and patients while still promoting medical innovation.

Costs for brand-name drugs covered by Medicare Part D increased 269 percent between 2006 and 2015, even as prices for generics declined sharply over the same period. Medicare’s chief actuary projects an annual 4.6 percent increase in Part D spending through 2027.

According to Harvard University’s Richard Frank, two key factors are driving this spending. One is the design of Part D’s reinsurance program, administered and paid for by the federal government. It compensates private plans for “catastrophic” drug spending (above $5,000 in a year). Frank says an imbalance in risk-sharing between the plans and Medicare means there’s little incentive for plans to negotiate lower prices for expensive drugs like biologics to hold per-beneficiary drug spending below the catastrophic amount.

While beneficiaries are responsible for 5 percent of drug costs in the catastrophic benefit and plans cover 15 percent, the federal government — that is, taxpayers — are on the hook for the remaining 80 percent. As a result, Part D reinsurance has risen from 25 percent of Medicare spending for Part D in 2007 to 56 percent in 2017.

Also driving spending on pharmaceuticals, Frank says, are the unique drugs that enjoy strong FDA market exclusivity protections, including a ban on competing products. Medicare Part D spending is concentrated among just a handful of brand-name drugs for which there are no generic or therapeutic substitutes. Even if Congress were to reform Part D to put private plans at greater risk for catastrophic drug spending, plans have little bargaining power with manufacturers to restrain prices for these drugs.

Frank believes that in circumstances where manufacturers have extreme pricing power — such as when new therapies are conferred market exclusivity — a process of negotiation with binding arbitration would be preferable to granting the government unilateral price-setting authority.

Countervailing buying power, he says, is needed to balance the pricing power of today’s sole-source manufacturers. As a buyer, only Medicare has such size, and Congress could grant the program the authority to use negotiation with binding arbitration in limited circumstances, in lieu of administered prices.

Germany, which like the U.S. has multiple private and public payers, mandates use of binding arbitration to set prices for certain classes of drugs when all other negotiations fail, as the AARP Public Policy Institute’s Leigh Purvis explained.

In 2010, Germany established a process for drug-price negotiations. First, the clinical value of a new drug is assessed using comparative-effectiveness research conducted by a nongovernmental institute. Once it’s deemed safe and effective, the drug can enter the market, and manufacturers can set a price and sell the drug for 12 months. During that time frame, the institute evaluates and rates the drug’s clinical effectiveness, comparing it to existing therapies where substitutes exist. The manufacturer then begins negotiating with the Federal Joint Committee, a multistakeholder entity that sets payment rules and coverage policy, to determine the new drug’s final price.

In rare instances when the committee and the drugmaker can’t agree on a price, the arbitration process may be invoked. Disputes are brought to a five-member board, which includes one drugmaker and one insurer representative. The board chair casts the deciding vote in the event of a tie. The decision is binding, although it can be challenged by either party and revisited with new evidence after one year.

Purvis notes that the German binding arbitration process appears to be working without stifling access to new therapies. More than 300 drugs have been assessed over approximately seven years, with fewer than 30 drugs needing to be withdrawn from the market.

Counterpoint: Why There’s No Need for Arbitration

Joe Antos, American Enterprise Institute economist, is skeptical of binding arbitration’s usefulness in pharmaceutical pricing. He questions the validity of the underlying data and assumptions that Medicare would use to justify its offer in a price negotiation — in other words, there wouldn’t be sufficient data to consider the factors that reflect the value of the new drug. Antos believes competition is what works in pharmaceutical markets, with Exhibit A being the falling prices of hepatitis C therapies.

Instead, Antos calls for structural reforms in the U.S. pharmaceutical market to rebalance incentives for innovation and competition. He also recommends that Congress repair flaws in the Medicare Part D reinsurance program to give insurance plans greater financial incentive to negotiate more aggressively for high-priced drugs. 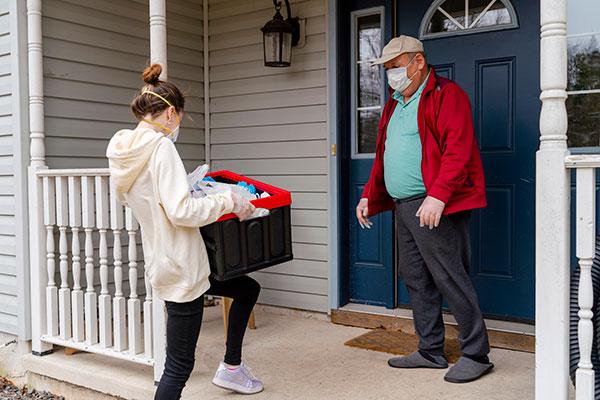