On November 14, 2019, a three-judge panel of the Federal Court of Appeals for the District of Columbia Circuit heard oral arguments in State of New York v. U.S. Department of Labor (DOL) regarding the regulation of association health plans (AHPs) — plans offered by business or professional associations to their members. The appellate court is reviewing an earlier decision by judge John D. Bates of the U.S. District Court for D.C. that invalidated parts of the DOL’s rule that defined “employer” under the Employee Retirement Income Security Act of 1974 (ERISA).

ERISA has for 45 years regulated employment-related health benefits and pension plans. Under ERISA, an employee welfare benefit plan must generally be established and maintained by an employer for its employees. In this scenario, an employer “means any person acting directly as an employer, or indirectly in the interest of an employer,” while an employee is simply an “individual employed by an employer.” In 2010, the ACA supplemented ERISA by differentiating between large employers (more than 50 employees) and small employers (2 to 50 employees). For example, small-group plans — like individual plans — must offer 10 “essential health benefits” and can only consider age, tobacco use, geographical location, and family status in setting premiums.

Historically, and under the Public Health Service Act, AHPs that covered individuals followed individual-market regulations and those that covered small groups followed small-group-market regulations. There has long been a limited exception, however, for some associations acting “in the interest of an employer.” This has allowed AHPs to aggregate small employers (but not individuals) and treat an association of small employers, each with fewer than 50 employees but together more than 50 total, as a large group. AHPs qualified for this exception by 1) existing for a purpose unrelated to the provision of benefits, 2) having some shared commonality of interest other than the provision of benefits, and 3) being controlled by their member employers.

The 2018 DOL rule dramatically expanded this exception in several respects. First, it allowed associations to qualify as long as they had at least one “substantial” business purpose other than offering coverage (which could, in fact, be quite trivial) even though offering coverage was their primary purpose. Second, it redefined “commonality” to allow associations that only shared a geographic area. This allowed, for example, chamber of commerce associations. Third, it allowed associations to cover “working owners” — that is, sole proprietors without any employees.

The Department of Justice (DOJ) attorney argued first. Judge Tatel pressed the DOJ attorney on why an association with small employers should not be bound by the ACA’s small-employer market rules. How could an association be considered an employer? If it could not be, then shouldn’t each member’s employees be counted separately, with small-group members remaining subject to the small-group rules? Moreover, was the rule adopted so that associations of small employers could aggregate their employees and be treated as large employers? If so, should the rule be considered “arbitrary and capricious” because its purpose was impermissible? The DOJ attorney responded that the Centers for Medicare and Medicaid Services (CMS), which interprets the ACA, had in an earlier guidance agreed with DOL’s application of ACA rules. It also argued that there are purposes for the rule other than getting AHPs large-employer status, such as giving small groups more bargaining power. Judge Tatel’s final question was whether the DOJ would be satisfied with a decision upholding the rule under ERISA, and the court giving no opinion on its permissiveness under the ACA. The DOJ attorney said that it would be.

The states’ attorneys opened by arguing that the real purpose of the rule was to allow associations to aggregate employees for purposes of applying the ACA’s market rules. But under ERISA, employees of a small employer must be covered under small-group market rules. They do not become large-group employees just because they are covered through an association that covers more than 50 employees. At this point, Judges Katsas and Tatel suggested that the application of the ACA’s aggregation rules was up to the U.S. Department of Health and Human Services (HHS), and HHS had not ruled how aggregation would apply. The judges asked why the rule could not be upheld under ERISA, with HHS deciding later how aggregation applied.

The states responded that for the court to reverse Judge Bates’s lower court decision without addressing the aggregation issue — the very purpose of the AHP rule — would be to apply a “cross your fingers and hope the issue goes away principle of statutory interpretation.” Judge Tatel responded that the entire case could be decided on this basis. He pressed further, asking whether the states cared about the rule’s ERISA interpretation independent of its ramifications for the ACA. The states responded that the DOL is trying to change the way the ACA works.

Remarkably, neither side nor the judges said anything explicit about the rule’s “working-owner” provisions, which Judge Bates saw as its weakest part. There was also no discussion about the likely most deleterious effect of the AHP rule — that is, the ability of AHPs to attract healthy individuals and small groups away from ACA-compliant plans and, as a result, raise premiums amongst compliant plans.

It will likely be several months before the court decides the case. Existing AHPs formed under the rule can continue through the end of the year but cannot expand and new ones cannot be formed. There seems to be a real possibility that the court will avoid deciding the core aggregation issue and instead leave that question to HHS, which may choose to leave it undecided. 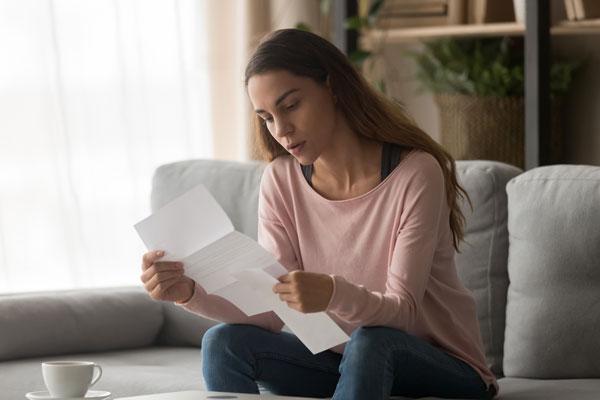