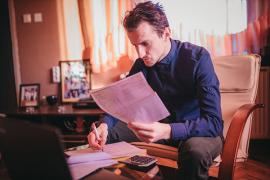 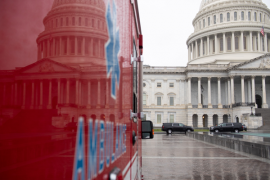 Surprise medical bills occur when consumers receive services in emergency and sometimes nonemergency situations that — unknown to them — are from out-of-network providers. Most existing state laws address surprise bills by ensuring that patients are held harmless financially. This means that consumers are responsible only for cost-sharing and deductibles that apply to in-network providers, and that cost-sharing payments are applied to any existing maximum out-of-pocket amounts. Furthermore, providers are banned from sending bills for any amounts beyond cost-sharing.

There have been more difficulties, however, establishing the amounts insurers pay to providers outside the network. Although not essential to protect patients, this helps ensure that providers and insurers are satisfied. To determine an amount, most states use either: a payment standard, an independent dispute resolution (IDR) process, or a hybrid of these two approaches. This blog post focuses on how states are adopting and implementing the IDR process.

When a payment amount is disputed, IDR requires the insurer and the out-of-network provider each to submit a proposed payment amount to a neutral arbiter. The arbiter’s decision is usually binding on both parties. IDR has been adopted in nine of the 13 states with comprehensive surprise medical bill protections, either alone or as part of a hybrid approach. In addition, several states without comprehensive protections also use IDR. IDR is also a component in several federal proposals.

Some states contract with an existing IDR entity with experience in reviewing benefit appeals. Other states use formal arbitrators trained by organizations like the American Arbitration Association.

Addressing the Pros and Cons of IDR

Providers view IDR as a solution that avoids a government-set payment standard and allows specific information to be considered, such as the complexity of the service provided. It may offer providers an opportunity to obtain higher payments than under a payment standard.

But other stakeholders, especially insurers, point out drawbacks. Some find IDR administratively burdensome, as it involves a time-consuming process that may delay paying providers. Insurers also suggest that IDR can have an inflationary effect, pushing up health costs, especially if guidance to arbiters points them to billed charges which are typically much higher than network contracted rates.

Most states incorporate guardrails for IDR, such as a requirement that a minimum amount of money be in dispute before cases are eligible for resolution. Guardrails may encourage voluntary settlements before full arbitration takes place, thus saving the cost of IDR. They also may limit the ability of providers to use IDR to get higher payments.

Preliminary negotiations. Colorado and Texas require parties to engage in informal negotiations before invoking IDR. Other states are less prescriptive but still insist on good faith negotiations to make IDR the last resort.

Minimum dollar threshold. At least four states require minimum dollar amounts ($700 to $1,000) to be in dispute to permit IDR. For example, New Jersey allows IDR only if the difference between the final offers in voluntary negotiations is $1,000 or more.

Paying for IDR. Some states require the losing party to pay the cost of IDR (typically $300 to $600), while others require parties to share the cost. A “loser pays” system encourages parties to request IDR only when they have a strong case.

Factors considered. Some states specify factors to be considered in the IDR process. Factors may include case characteristics, such as provider experience or service complexity. But others focus on payment levels. The New York system has been criticized as inflationary because informal guidance points to 80 percent of charges as a standard. Colorado includes previously contracted rates as a factor.

As Congress considers a federal solution to surprise medical bills and as more states are considering their own new laws, federal and state policymakers are looking at states’ experiences with IDR. In particular, they are interested in the guardrails states have used to ensure that systems are fair to all parties and to mitigate adverse effects on health costs or network negotiations. Continued monitoring of the impact of IDR will inform the state and federal policy process.