Chairwoman Carolyn Maloney (D–N.Y.) delivers her opening statement at a hearing of the House Committee on Oversight and Reform on September 30, 2020, in Washington, D.C. The committee found the drug manufacturer AbbVie exploited the patent system for its top drugs, Humira and Imbruvica. Photo: Alex Edelman-Pool/Getty Images

In September, during the ongoing discussion about drug prices, the Food and Drug Administration (FDA) and Congress raised concerns about patents. To date, the policy conversation has largely focused on reforming the payment system to address the rising costs of drugs, but now patent system abuses, another driver of prescription drug prices, has come into focus. Understanding the evidence behind the discussion is imperative to finding meaningful policy solutions.

In three separate letters to the U.S. Patent and Trademark Office (PTO), the FDA as well as bipartisan members in both chambers of Congress raised concerns about the quality (or inventiveness) of drug patents, manufacturer behaviors that block or delay competition (e.g., continuation applications, evergreening, and product hopping), and the recent PTO policy that limited the ability of the public to challenge weak drug patents. From these letters, it is clear there is consensus that the patent system is being misused to block or delay competition, the volume and quality of patents is concerning, and the PTO can leverage its existing authority to reign in abuse.

Several studies and congressional investigations have pointed to drugmakers’ use of the patent system to extend monopolies, increase prices, and delay generic or biosimilar competition. One study found that of roughly 100 bestselling drugs, nearly 70 percent obtained an additional patent to extend its monopoly period at least once; nearly 50 percent extended it more than once. An analysis of the 10 best-selling drugs of 2019 found that on average these drugs held more than 69 patents with 37.5 years of patent protection, well past the 20 years of patent life intended by Congress. Furthermore, the prices for these drugs increased 71 percent over the previous five years. 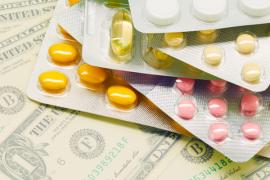 Getting to Lower Prescription Drug Prices: The Key Drivers of Costs and What Policymakers Can Do to Address Them 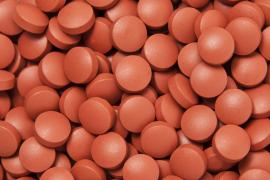 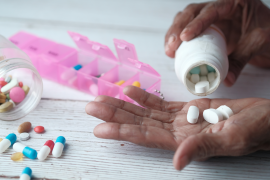 Volume and Quality of Patents Is Costing the U.S. Health System Millions of Dollars

In a recent report from a drug-pricing investigation, the House Oversight and Government Reform Committee found the drug manufacturer AbbVie exploited the patent system for its top drugs, Humira and Imbruvica. For Humira, 90 percent of the more than 250 patents were filed after FDA approval and cost the U.S. health system at least $19 billion from 2016 to 2023 because of delayed generic and biosimilar competition.

AbbVie employed a “drip feed” strategy in its patents for Imbruvica. This strategy embraces the use of continuation patent applications — that is, a manufacturer files multiple additional patents that were already disclosed when an original patent was granted, but with more specifics. The more than 150 patents for Imbruvica cost the health system $41 billion due to delayed generic and biosimilar competition. When drugmakers obtain additional patents to hold competition at bay, they can maintain a monopoly and increase prices.

Another House Oversight report investigating drug manufacturer Teva’s Copaxone found evidence of product hopping — that is, switching patients to a version of a drug that is not clinically different. In this case, Teva shifted patients from the original version of Copaxone 20 mg to a newer increased dosage version of Copaxone 40 mg, creating a 2.5 year delay in generic competition and costing the U.S. health care system between $4.3 billion and $6.5 billion in excess expenditures. Teva executives referred to the new dosage as a “patent protection extension” despite a lack of evidence demonstrating increased efficacy.

The PTO can leverage its authority to reign in these patent abuses using various tools:

Drug pricing remains a top concern for Americans. Addressing this complex problem will take a concerted, multifaceted approach that includes reforming the reimbursement system, such as allowing Medicare to negotiate drug prices, as well as changes to the patent system to ensure timely price competition.