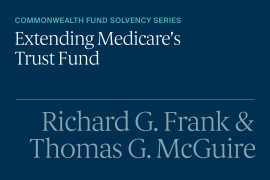 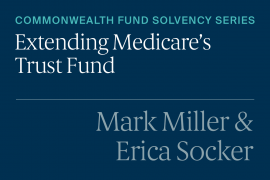 Raise the Age of Eligibility for Medicare to 67: Estimated 10-Year Savings $80 Billion

This recommendation would raise the age of eligibility for Medicare by two months each year, beginning in 2023. It would continue to increase until it reached age 67 for people born in 1969; thereafter the eligibility would remain at age 67. This change in eligibility would be equivalent to what has already occurred in the Social Security program for full retirement benefits.

A conservative estimate of this recommendation would reduce expenditures by nearly $80 billion over the next 10 years. However, the reduction would be partially offset by additional federal subsidies for the purchase of health insurance on Affordable Care Act (ACA) marketplaces and increased Medicaid spending.

According to the Medicare Payment Advisory Commission (MedPAC), certain postacute care (PAC) services are overpaid, relative to costs. On average, Medicare margins for skilled nursing facilities (SNFs), home health agencies (HHAs), and inpatient rehabilitation facilities (IRFs) have been greater than 10 percent for most of the past 10 years. In contrast, hospitals are likely to operate at a –11 percent Medicare margin in 2019.

The Improving Medicare Post-Acute Care Transformation Act of 2014 requires the HHS secretary, with the help of MedPAC, to develop a single prospective PAC payment system for SNFs, HHAs, IRFs, and long-term-care hospitals. MedPAC has presented a unified payment system prototype, which bases reimbursement on episodes of care and patient characteristics, rather than site of service. Under the model, rates are risk-adjusted and based on the average cost for providing services for a diagnosis, similar to the diagnosis-related-group methodology used for hospitals.

In 2016, 81 percent of Medicare beneficiaries had some form of supplemental insurance. Twenty-nine percent had Medigap; roughly two-thirds of Medigap enrollees chose a plan that offers “first-dollar” coverage, which pays all of Parts A and B Medicare cost sharing.

Restricting “first-dollar” coverage could incentivize enrollees to use medical services more wisely. It is recommended that beginning in 2022 new Medigap policies be banned from paying any of the first $750 of an enrollee’s cost sharing for Parts A and B services and limit coverage to 50 percent of the next $6,750 of cost sharing. These limits would be adjusted annually for the increase in the medical cost index.

The ACA included a new tax on investment income — the Net Investment Income Tax (NIIT) — as a financing provision. The NIIT is a 3.8 percent tax on the lesser of investment income or the amount of modified adjusted gross income above $250,000 for married people filing jointly or $200,000 for single filers. In 2020, the NIIT booked an estimated $17 billion in revenues.2

Redirecting NIIT revenues to the HI trust fund could be justified because of its creation in the ACA. The redirection would not increase overall tax burdens but, because it would increase the proportion of Medicare funded by general revenues, it would trigger the Medicare funding warning that requires the President and Congress to act if general revenues allocated to total Medicare outlays exceed 45 percent. However, despite this happening several times over the past decade, no action has been taken by the executive or legislative branches.

1 Since this recommendation impacts both Part A and Part B, some portion of the savings would accrue to the Part B Supplemental Medical Insurance (SMI) Trust Fund. However, the CBO costed option did not assume an escalator adjustment to the limits established in 2022 and therefore, it is conservatively assumed $72 billion in reduced outlays would be remanded to the HI Trust Fund.

2 Sources: Congressional Research Service analysis of Joint Committee on Taxation data, “Estimated Revenue Effects of the Tax Provisions Contained in Title II of H.R. 1628, the ‘American Health Care Act of 2017,’ as Passed by the House of Representatives,” JCX-27-17, May 24, 2017. Estimates for the Senate version is available at Joint Committee on Taxation, “Estimated Revenue Effects of an Amendment in the Nature of a Substitute to the Tax Provisions Contained in Title I of H.R. 1628, the ‘Better Care Reconciliation Act of 2017,’ as Posted on the Website of the Senate Committee on the Budget on July 20, 2017,” JCX-39-17, July 20, 2017.