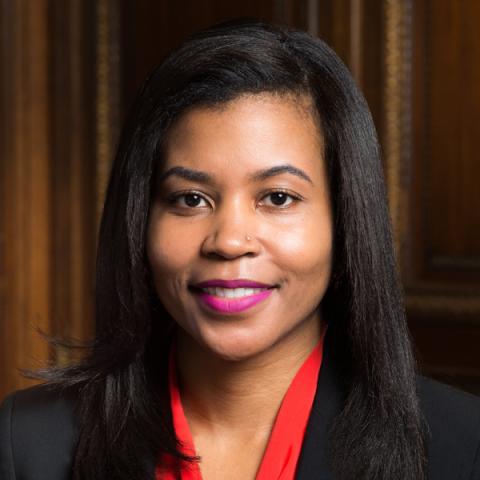 Dr. Jennifer Parker, a 2018–2019 Commonwealth Fund Fellow in Minority Health Policy at Harvard University, was most recently Chief Resident in Radiation Oncology at Northwestern Memorial Hospital/Northwestern Feinberg School of Medicine, Chicago, Ill. Previously, she was a Diagnostic Radiation Resident at Yale New Haven Hospital. While still early in her career, Dr. Parker has conducted breast and cervical cancer clinical research and has presented at national meetings. She has been an active member of SNMA for over a decade, serving on the local, regional, and national levels and last served as National Vice-President of SNMA from 2011–2012. For the past few years Dr. Parker has served as President of Northwestern McGaw Underrepresented Residents and Fellows Forum, an organization committed to increasing and retaining diversity in medicine and advocating for the practice of socially aware and culturally competent medicine. She also works closely with the Graduate Medical Education Office on recruitment of those underrepresented in medicine. Dr. Parker is committed to serving the needs of racial and ethnic minorities, elderly patients, immigrants, and other vulnerable populations who often present with more advanced disease and who exhibit less understanding of their diagnosis and its significance. Her goal, through the policy implementation process, is to coordinate integrated care across hospital systems and to ultimately improve health care delivery. Dr. Parker earned her Ph.D. in Chemical and Systems Biology from the Medical Scientist Training Program in 2011 and her medical degree in 2012, both from Stanford University School of Medicine.