Executive Director, Hogg Foundation for Mental Health, and
Associate Professor School of Social Work and Associate Vice-President, Division of Diversity and Community Engagement, The University of Texas at Austin 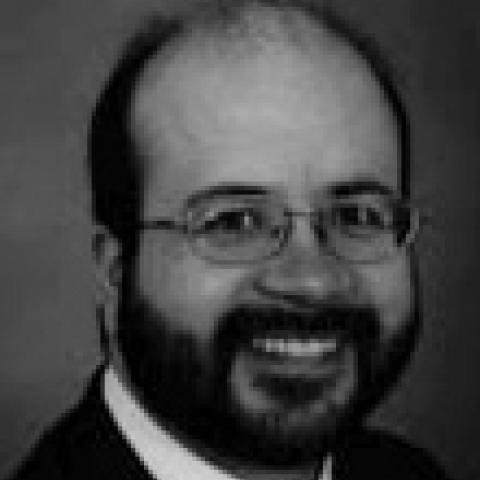 Dr. Martinez is the fifth executive director and the first Hispanic to lead the Hogg Foundation for Mental Health since it was created in 1940. As chief executive officer, he is responsible for the strategic planning and the day-to-day operations of the foundation. His academic interests include minority health, health disparities, and workforce issues. Prior to joining the foundation, Dr. Martinez was a clinical psychiatrist at the Albemarle Mental Health Center and an affiliate associate professor at the Brody School of Medicine in North Carolina. He was part of a team that created a 23-Hour Crisis Unit at Albemarle Hospital in Elizabeth City, North Carolina to serve a 10 county catchment area that includes the Outer Banks. Dr. Martinez was formerly an Assistant Professor with the University of Texas Health Science Center at San Antonio's Department of Psychiatry. During his tenure, he was Director of the Psychiatric Consultation-Liaison Service for University Hospital at the South Texas Medical Center and for the Audie L. Murphy Memorial Veterans Hospital, Co-Director of the Behavioral Science course for first-year and second-year medical students at the University of Texas Health Science Center at San Antonio's Medical School, and helped establish mental health services for the CommuniCare Clinics of San Antonio. He also has been a Special Emphasis Panel reviewer for the National Institutes of Health, National Center on minority Health and Health Disparities since 2002.Dr. Martinez received his medical degree from Baylor College of Medicine in Houston, Texas in 1997. Subsequently, he completed a Psychiatry residency and a Chief Residency at The University of Texas Health Science Center at San Antonio, in 2001. He received his M.P.H. at the Harvard School of Public Health in 2002 as a CFHU Fellow.