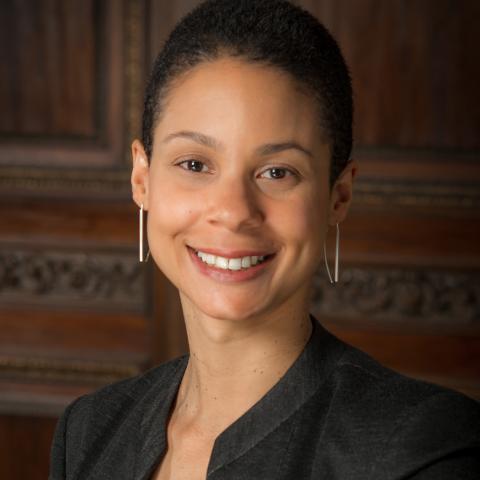 Pamela Riley, M.D., M.P.H., is vice president for Delivery System Reform at The Commonwealth Fund. Her area of focus is on transforming health care delivery systems for vulnerable populations, including low-income groups, racial and ethnic minorities, and uninsured populations. Dr. Riley was previously program officer at the New York State Health Foundation, where she focused on developing and managing grantmaking programs in the areas of integrating mental health and substance use services, addressing the needs of returning veterans and their families, and diabetes prevention and management. Earlier in her career, Dr. Riley served as clinical instructor in the Division of General Pediatrics at the Stanford University School of Medicine. In this capacity, she was a general pediatrician and associate medical director for Pediatrics at the Ravenswood Family Health Center, a federally qualified health center in East Palo Alto, Calif. Dr. Riley served as a Duke University Sanford School of Public Policy Global Health Policy Fellow at the World Health Organization in Geneva, Switzerland, and has served as a volunteer physician in Peru and Guatemala. Dr. Riley received an M.D. from the UCLA David Geffen School of Medicine in 2000, and completed her internship and residency in pediatrics at Harbor-UCLA Medical Center in Torrance, Calif., in 2003. Dr. Riley received an M.P.H. from the Harvard School of Public Health as a Mongan Commonwealth Fund Fellow in Minority Health Policy in 2009.