New Report: Little or No Competition in Medicare Advantage Insurance Markets in 97% of U.S. Counties

New York, NY, August 25, 2015—There is little or no competition in Medicare Advantage insurance markets in 97 percent of U.S. counties, according to a new Commonwealth Fund report, which also finds that of the 100 counties with the greatest number of Medicare beneficiaries, 81 lacked significant competition.

The report, Competition Among Medicare’s Private Health Plans: Does It Really Exist?, suggests that lack of competition in local markets among private plans could create challenges for reform proposals that rely on competition among such plans to improve the efficiency and quality of the Medicare program. Among the nation’s 2,933 counties, only one—Riverside, Calif.—qualified as a competitive market and only 80 qualified as moderately competitive.

“Allowing private health insurers to play a larger role in Medicare is often suggested as a way to control Medicare costs and improve quality of care,” said Stuart Guterman, Senior Scholar in Residence at AcademyHealth and coauthor of the study. “The idea is if there are more insurers, they’ll fight for customers by lowering premiums and improving quality. For that to happen, however, we need to have enough insurers in a given market—and this study shows that, overwhelmingly, that isn’t the case.”

“Millions of Americans rely on Medicare and Medicare Advantage, and their ranks will grow exponentially as baby boomers turn 65,” said Commonwealth Fund President David Blumenthal, M.D. “Now is the time for us to focus on viable ways to strengthen Medicare, but this research suggests the need to critically examine, using empirical studies, the likely results of all proposals for Medicare reform, including those relying on market forces.”

The authors note that “although increased market power among health insurers may lead to lower prices from health care providers, it is not clear that it results in lower premiums for consumers and purchasers.” 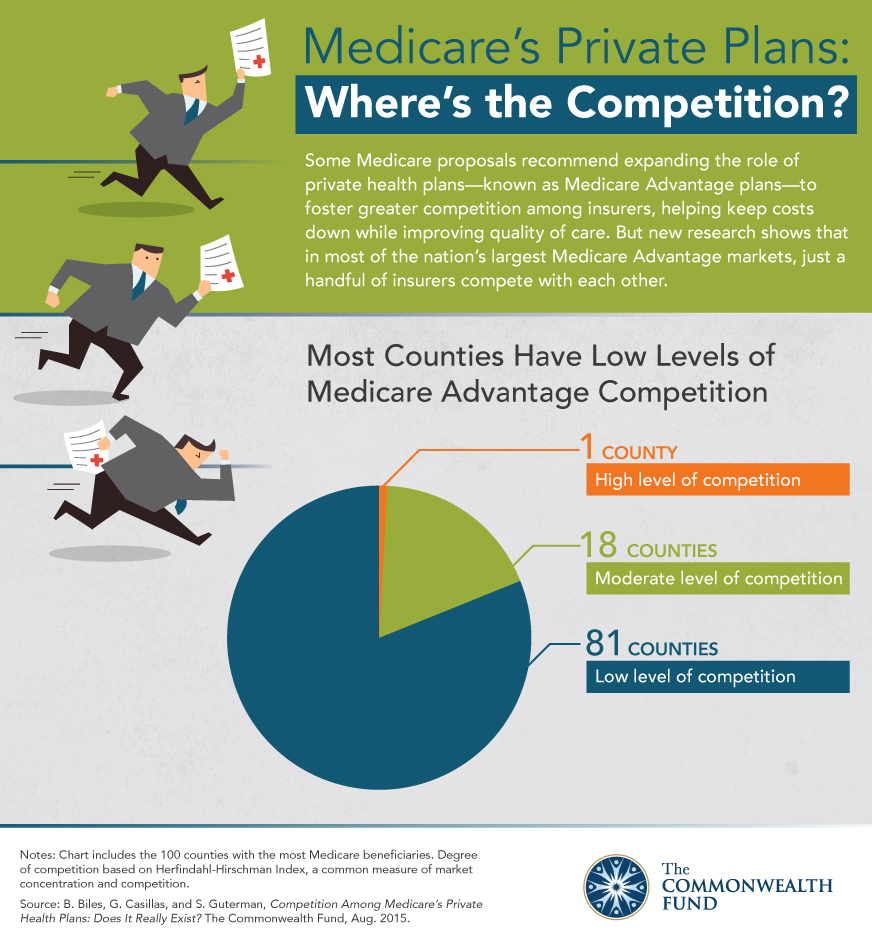