New International Study: Americans with Lower Income Are the Sickest, Most Likely to Struggle to Afford Care and Other Basic Needs Compared to Lower-Income People in Other Wealthy Countries

As the COVID-19 pandemic continues to ravage the globe, new findings from the 2020 Commonwealth Fund International Health Policy Survey show that Americans with lower income face more severe health and financial hardships compared to their counterparts in other wealthy countries.

Fielded between February and May 2020, during the early months of the pandemic, the survey reveals that although income-related disparities exist in other countries, they are far worse in the U.S. — and Americans’ health is suffering as a result. These greater inequalities could be undermining efforts to respond to the pandemic in the United States, including prospects for effective vaccination of the U.S. population.

Among the main findings:

“The inequities that we’re seeing in the U.S. and abroad have only been exacerbated by COVID-19. But what this study shows is that Americans — especially adults with lower income — are at a severe disadvantage compared to citizens of other countries. And they are paying the price with their health and their lives. As we approach the ninth month of the pandemic, we have an opportunity to advance policies that improve health insurance coverage, strengthen primary care, and increase social supports for people who are in need.”

“What’s clear from this study is that we cannot continue on the path of deepening inequality. As we progress through the darkest days of COVID-19 in the U.S., people need access to affordable health care now more than ever. The new administration and Congress have an opportunity to apply the stark lessons learned from COVID-19 and over the last decade so that our health system works for everyone — no matter who they are or where they get care.”

The Commonwealth Fund study could serve as a guide for policymakers and health system leaders who are interested in supporting greater health equity in the United States. The authors believe it is critical to advance policy solutions to extend insurance coverage, make health care more affordable, and strengthen primary care. Further, they argue that making greater investments in addressing the social determinants of health — factors beyond traditional health care, such as housing, education, and nutrition, that have a substantial effect on people’s health — would translate into better health outcomes across the country. The U.S. in particular, they say, has much to gain from examining the experience of countries where universal health care begins at birth.

Data came from surveys conducted among nationally representative samples of noninstitutionalized adults age 18 and older in 11 countries during the period February–May 2020. SSRS, a survey research firm, and country contractors collected data by telephone (mobile and landline) and also online in Sweden, Switzerland, and the United States. Overall response rates varied from 14 percent (U.S., U.K., New Zealand) to 49 percent (Switzerland). International partners joined with the Commonwealth Fund to sponsor country surveys, and some countries supported the use of expanded samples to enable within-country analyses. Final country population samples ranged from 607 to 4,530.

Data were weighted to ensure that the final outcome was representative of the adult population in each country. Weighting procedures took into account the sample design, probability of selection, and systematic nonresponse across known population parameters, including region, sex, age, education, and other demographic characteristics. 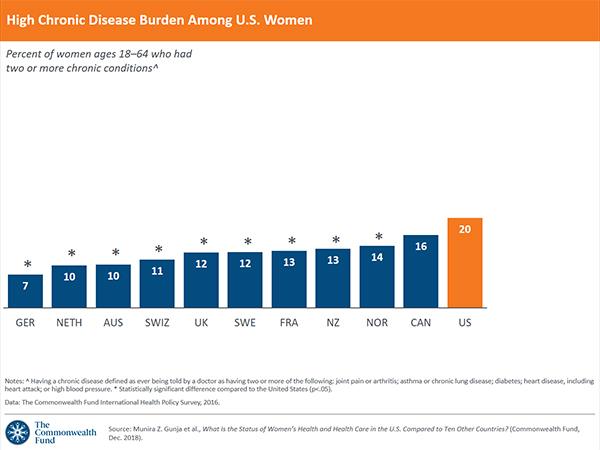