Considering “Single Payer” Proposals in the U.S.: Lessons from Abroad

While many believe that all universal health care systems are highly centralized, most are not

Despite the gains in health insurance coverage made under the Affordable Care Act, the United States remains the only high-income nation without universal health coverage. Coverage is universal, according to the World Health Organization, when “all people have access to needed health services (including prevention, promotion, treatment, rehabilitation, and palliation) of sufficient quality to be effective while also ensuring that the use of these services does not expose the user to financial hardship.”1

Several recent legislative attempts have sought to establish a universal health care system in the U.S. At the federal level, the most prominent of these is Senator Bernie Sanders’ (I–Vt.) Medicare for All proposal (S. 1804, 115th Congress, 2017), which would establish a federal single-payer health insurance program. Along similar lines, various proposals, such as the Medicare-X Choice Act from Senators Michael Bennet (D–Colo.) and Tim Kaine (D–Va.), have called for the expansion of existing public programs as a step toward a universal, public insurance program (S. 1970, 115th Congress, 2017).

At the state level, legislators in many states, including Michigan (House Bill 6285),2 Minnesota (Minnesota Health Plan),3 and New York (Bill A04738A)4 have also advanced legislation to move toward a single-payer health care system. Medicare for All, which enjoys majority support in 42 states, is viewed by many as a litmus test for Democratic presidential hopefuls.5 In recent polling, a majority of Americans supported a Medicare for All plan.6

Medicare for All and similar single-payer plans generally share many common features. They envision a system in which the federal government would raise and allocate most of the funding for health care; the scope of benefits would be quite broad; the role of private insurance would be limited and highly regulated; and cost-sharing would be minimal. Proponents of single-payer health reform often point to the lower costs and broader coverage enjoyed by those covered under universal health care systems around the world as evidence that such systems work.

This issue brief uses data from the Organisation for Economic Co-operation and Development (OECD), the Commonwealth Fund, and other sources to compare key features of universal health care systems in 12 high-income countries: Australia, Canada, Denmark, England, France, Germany, the Netherlands, Norway, Singapore, Sweden, Switzerland, and Taiwan. We focus on three major areas of variation between these countries that are relevant to U.S. policymakers: the distribution of responsibilities and resources between various levels of government; the breadth of benefits covered and the degree of cost-sharing under public insurance; and the role of private health insurance. There are many other areas of variation among the health care systems of other high-income countries with universal coverage — such as in hospital ownership, new technology adoption, system financing, and global budgeting — that are beyond the scope of this discussion.

A common misconception among U.S. policymakers and the public is that all universal health care systems are highly centralized, as is the case in a true single-payer model. However, across 12 high-income countries with universal health care systems, centralization is not a consistent feature. Both decision-making power and financing are divided in varying degrees among federal, regional/provincial, and local governments. U.S. single-payer bills give most legal authority for resource allocation decisions and responsibility for policy implementation to the federal government, but this is not the international standard for countries with universal coverage. Rather, there are significant variations among countries in how policies are set and how services are funded, reflecting the underlying structure of their governments and social welfare systems.

Countries with universal health care typically organize their systems in one of three ways: as a largely federal system, as a system with centralized control but also regional flexibility, or as a system that devolves most control to the regional and local governments (Exhibit 1).

In largely federal systems, nearly all aspects are managed at the national level. And while this type of system is proposed under U.S. single-payer bills, it is actually more common in smaller but wealthy countries, such as the Netherlands, Singapore, and Taiwan, which have populations similar in size to individual U.S. states, and where almost all government policies are managed and financed at the national level. Among larger countries, France’s health care system is one in which the national government plays the central role. The Netherlands makes use of private insurers as intermediaries between the national government and providers.

Countries that use the second type of health care system maintain centralized control over most resource allocation and policymaking but allow for some freedom at the regional and local level in how funds are used. These countries include Australia, Denmark, England, and Norway.

The third type of health care system gives regional or local governments most of the authority to allocate resources and make policy decisions as long as they work within constraints established by broad national regulations. The systems in Canada, Germany, Sweden, and Switzerland all follow this general approach.

In fact, Canada — often the model for single-payer advocates — does not have a national health insurance system at all. Instead, the provincial governments administer the system, and provinces receive federal financing in the form of per-capita block grants. However, the regulations that accompany these block grants may appear quite limiting to U.S. policymakers, placing restrictive bounds on the behavior of the provinces. For example, provinces are prohibited from incorporating any cost-sharing in their plans and must cover a broad range of health care services for all legal residents, including those who move between provinces. These restrictions guarantee a nearly uniform level of coverage across the country and limit the potential for provinces to shrink benefits in a race to the bottom.

One of the most significant differences among countries with universal health care systems is the scope of benefits funded by the government through public insurance. All countries with universal health systems provide a publicly funded, basic benefits package that covers physician, diagnostic, and hospital services, as well as inpatient pharmaceuticals. Yet coverage for mental health care and outpatient pharmaceuticals, as well as the extent of cost-sharing, vary considerably among countries (Exhibit 2).

The first group of countries offers highly comprehensive benefits and covers most services, which are largely free at the point of delivery. This model most closely aligns with many single-payer bills in the U.S. Countries with these broad benefits packages include Denmark, England, and Germany. Yet even these countries have some out-of-pocket requirements. For example, all three countries require modest copayments for outpatient prescription drugs (averaging approximately $12.50 per item, with maximum caps in both Denmark and Germany).7 Additionally, there is often some cost-sharing for dental services. Germany also requires modest copayments for inpatient care, but cost-sharing payments are capped at 2 percent of income for most, 1 percent for those with chronic illnesses.

The second group of countries offers a moderate-to-comprehensive public benefits package with more pervasive cost-sharing. This is the most common benefits structure, used by Australia, France, the Netherlands, Norway, Singapore, Sweden, Switzerland, and Taiwan.

In contrast to both the first and second groups of countries, Canada’s public system fully covers a narrower, basic set of benefits. Additional services are covered either publicly through provincial governments or through private insurance.

As Exhibit 3 shows, these differences in the scope of benefits and cost-sharing explain the variation in the share of national health expenditures paid out of pocket across countries. For example, while most services are free at the point of care in Canada, the lack of universal coverage for pharmaceuticals raises the share paid out of pocket by Canadians (15%). Additionally, high cost-sharing levels in Switzerland, Taiwan, and Singapore have led to significantly higher out-of-pocket spending (28%, 28%, and 37%, respectively) than other nations with similarly comprehensive public insurance coverage. 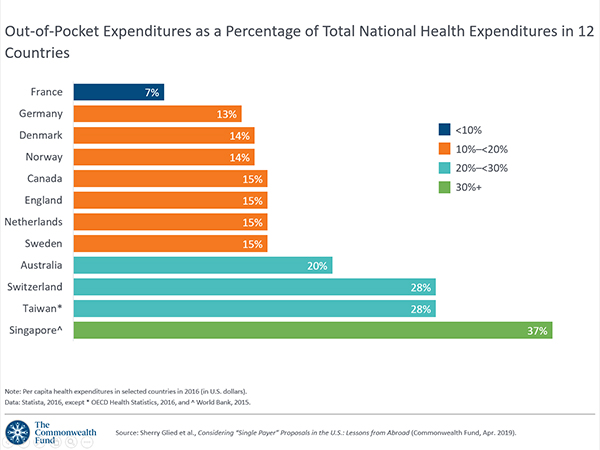 The Role of Private Health Insurance

In Switzerland, mandatory, government-subsidized private insurance comprises the entire universal coverage scheme — it is the primary form of health insurance. In Australia, England, and Germany, some people purchase private health insurance that fully substitutes for the public insurance program (Exhibit 4). In Australia, the purchase of such substitute coverage is deliberately encouraged through tax incentives and penalties.

Although private health insurance plays a smaller role in most other health care systems than it does in the U.S., it is nowhere entirely absent (Exhibit 5). In Canada, two-thirds of the population holds private insurance, mainly through employers.8 In France, employer-sponsored complementary health insurance is ubiquitous.9 Even in Sweden, about 10 percent of adults have employer-sponsored private insurance to ensure quicker access to specialty and elective services.10

Currently, single-payer bills in the U.S. tend to share the same key goals: centralizing the financial and regulatory structure of the system, expanding the public benefits package, and eliminating private health insurance entirely. However, these three features are not the norm across countries that have achieved universal coverage for health care.

In contrast to single-payer proposals in the U.S., many universal health systems delegate significant financial and operational responsibilities to regional authorities, as long as they comply with federal regulations. In addition, the comprehensiveness of the universal public benefits package varies greatly by country. Finally, virtually every country with universal health coverage offers complementary, supplementary, or substitute private health insurance, which is purchased to ease the burden of cost-sharing, expand access to hospitals and providers, and cover benefits excluded under the public insurance scheme.

Given that other countries have achieved universal health coverage using a range of strategies, U.S. legislators can benefit from strategically adapting and adopting aspects of these systems to the specific needs of the country.

The authors thank Roosa Tikkanen of the Commonwealth Fund for extremely helpful comments. 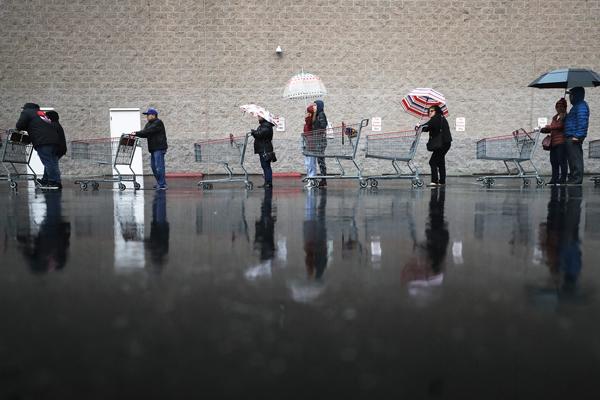 What Are Americans’ Views on the Coronavirus Pandemic?
March 20, 2020 | Surveys 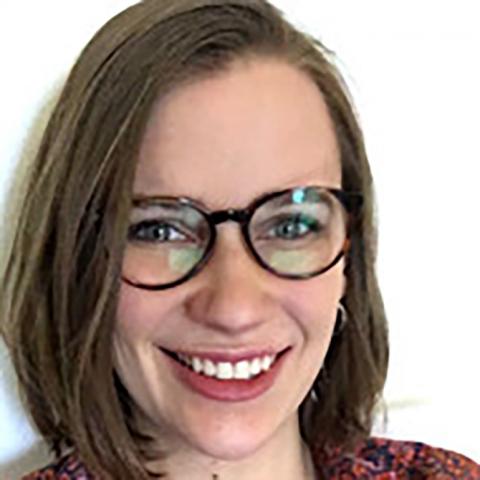 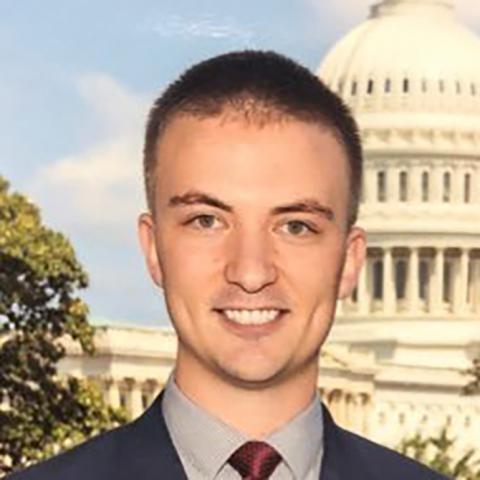 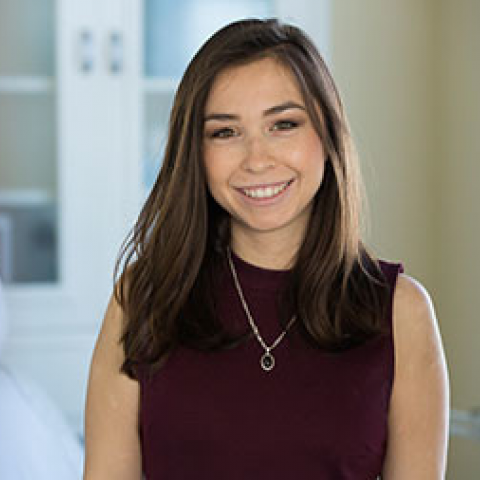