Print
The recently enacted Balanced Budget Act (BBA) of 1997 will result in the most significant savings to Medicare in its 31-year history$393.8 billion over 10 years. The Medicare reforms contributed significantly to the goal of a balanced budget; in fact, changes to the program account for 73 percent of total savings.

The new legislation tightens Medicare payments to health care providers and health plans, expands the types of private plans that can participate in Medicare, and increases beneficiary premiums. Combined, these measures will assure the fiscal solvency of Medicare until at least the year 2007.

FIVE-YEAR SAVINGS (19982002)
Over a five-year period, BBA provisions reduce Medicare spending by $116.4 billion. Much of this reduction (67 percent) will be achieved by limiting growth rates in payments to hospitals and physicians under fee-for-service arrangements. Another important source of savings is restructured methods of paying rehabilitation hospitals, home health agencies, skilled nursing facilities, and outpatient service agencies to provide incentives to deliver more efficient services.

Additional savings (19 percent) come from reductions in payments to Medicare managed care plans and slowing the growth rate of payments to the plans. These savings will be partially offset by giving beneficiaries new plan options (see below).

Greater beneficiary contributions will constitute more than 8 percent of the five-year savings. Part B premiums, which cover services by physicians and other providers, are expected to increase from $43.80 per month in 1998 to $67 per month in 2002.

Some of the $393.8 billion in 10-year savings will come from beneficiaries taking on greater cost sharing (19.5 percent, more than double the five-year savings share). Reductions in payments to hospitals and physicians under the traditional fee-for-service portion of the program will fall from 67 percent to 51 percent of the savings, while savings from revised payment methods for managed care plans will rise to a one-quarter share over the ten-year period. When fully in place, the BBA will reduce private plan capitation rates relative to per capita cost in Medicare's fee-for-service sector by at least 5 percent on average nationwide.

IMPACT ON BENEFICIARIES
Increased beneficiary contributions to the Part B premium will result in greater financial burdens, particularly for low income beneficiaries. The basic monthly premium will be approximately $105 per month in 2007, or about $45 higher than projected under the previous law. The premium of a beneficiary with an income of $10,000, for example, will nearly double: from 5.1 percent to 9.4 percent of income by 2007.

Limited protections for low income beneficiaries were included in the legislation, but only through 2002. Because funding is limited, the program will offset the full cost of the Part B premium for only about a quarter of the approximately 1.6 million low income people eligible for the protections.

Beneficiaries, however, will gain improvements in coverage for preventive services and a reduction in outpatient cost sharing. New benefits include annual mammograms and Pap smears with no deductibles, prostate exams, diabetes self-management services, and colorectal cancer screening.

MEDICARE MANAGED CARE CHANGES
The Congressional Budget Office estimates that enrollment in Medicare managed care will increase from 12 percent in 1997 to 39 percent in 2007 under the BBA. This growth will be promoted primarily through the creation of Medicare+Choice, which gives beneficiaries more health care delivery options. Beneficiaries may opt to remain in the existing fee-for-service Medicare program or enroll in health maintenance organizations, point-of-service plans, or new types of plans, including preferred provider organizations, provider sponsored organizations, and private fee-for-service plans. The act also permits managed care plans to enroll only Medicare beneficiaries, and institutes new quality standards.

The BBA also provides for 390,000 people to enroll in medical savings accounts (MSAs). This is a demonstration project that will allow beneficiaries to enroll in a high deductible plan, with any positive difference between the Medicare contribution and the cost of the policy deposited into a tax-sheltered account to be used for medical expenses.

In addition, the BBA moves Medicare to an open enrollment system in which beneficiaries can choose from among all plans available in their areas. By 2003, beneficiaries will be allowed to change plans only once a year or during their first three months in a new plan. Information on the benefits, cost sharing, premiums, and quality of plans will be made available to promote informed selections among plans.

Medicare's methods of paying managed care plans will be modified from 1998 to 2003, including a risk adjustment for health status, elimination of the costs of graduate medical education (GME) (to be paid directly to institutions providing GME), a 50/50 blend of national and local area rates, and a floor on the amount and rate of increase in each county's capitation rate.

The new legislation will reduce the large geographic variation in payments to plans. In areas where payments have been very lowas low as $221 per month in 1997private plans have not developed. By reducing some of the differences in payments, the BBA should encourage the development of managed care options in rural areas. The opposite result could occur, however, in higher payment areas such as New York City, Miami, and Los Angeles, where updates in payments will be restricted.

FISCAL STATUS OF MEDICARE
By reducing the average annual rate of growth in net Medicare spending from the current 8.5 percent to about 6 percent in 2007, the BBA helps extend the solvency of the Medicare Hospital Insurance Trust Fund (Part A), at least until 2007. Using different numbers and assumptions, the trust fund actuaries project that the fund will remain solvent through 2010.

Extending the life of the trust fund is an important accomplishment that buys time for considering further changes. The newly created National Bipartisan Commission on the Future of Medicare will tackle long-term financial viability issues and make recommendations. Highly publicized proposals that affect beneficiary contributions, such as an income-related premium, increased age of eligibility, and a home health copayment will likely be reexamined as long-term options to secure the future of Medicare. 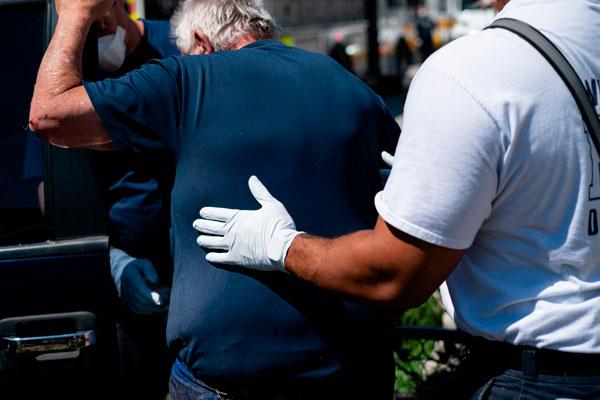 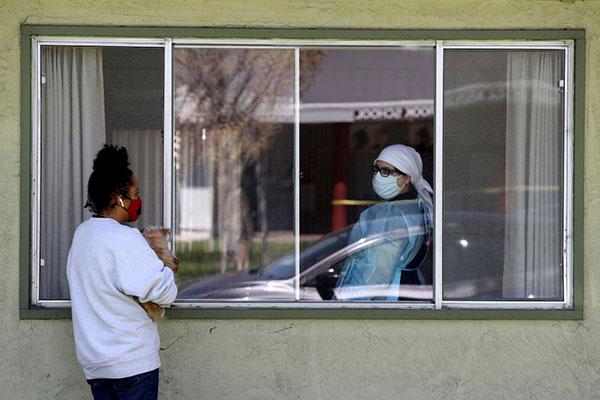 An Examination of Key Medicare Provisions in the Balanced Budget Act of 1997, Marilyn Moon, Barbara Gage, and Alison Evans, The Commonwealth Fund, September 1997