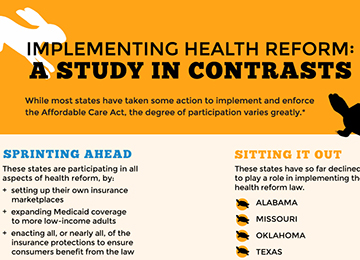 K. Keith and K. W. Lucia, Implementing the Affordable Care Act: The State of the States, The Commonwealth Fund, January 2014.