ACA repeal may have significant consequences for Medicaid, which covers 70 million Americans

Along with repealing expanded eligibility for Medicaid, Congress may make enrollment harder

Issue: Republicans in Congress are expected to repeal portions of the Affordable Care Act (ACA) using a fast-track process known as budget reconciliation.

Findings and Conclusions: Partial-repeal legislation that passed Congress but was vetoed by President Obama in 2016 offers some insight but new legislation could go further. It could repeal the ACA’s Medicaid eligibility expansions for adults and children but also roll back other provisions, such as simplified enrollment and improvements in long-term services and supports for beneficiaries with disabilities. Additionally, the Trump Administration could expand use of demonstration authority to introduce deeper structural changes into Medicaid, such as eligibility restrictions tied to work, required premium contributions and lock-out for nonpayment, annual enrollment periods, and coverage limits and exclusions. Together, these changes would have far-reaching implications for Medicaid’s continued role as the nation’s safety-net insurer.

Medicaid—which insured 70 million people in 2016—is the largest and most important component of the nation’s health care safety net, offering a pathway to insurance for the poorest and most medically vulnerable Americans. The Affordable Care Act (ACA) introduced major changes to the program, most notably including expanding eligibility to nonelderly adults with incomes up to 138 percent of the federal poverty level ($16,243 for an individual and $33,465 for a family of four in 2016). But the law made other important changes affecting both the traditional and newly eligible populations. With congressional action to at least partially repeal the ACA expected in early 2017 through a fast-track legislative process known as budget reconciliation, what might this mean for Medicaid? And what other changes might be expected to further transform the program?

ACA repeal legislation that passed Congress in early 2016 before being vetoed by President Obama provides some insight into what repeal might mean for Medicaid.1 That measure would have eliminated the expansion of eligibility to adults and to children ages 6 to 18 in families with incomes up to 138 percent of poverty. According to a recent estimate, these changes would mean that by 2019, 12.9 million fewer people would have Medicaid coverage.2 But a repeal effort could go further by eliminating other ACA Medicaid reforms that affect tens of millions of people. Furthermore, the Trump Administration could use its demonstration authority under Section 1115 of the Social Security Act to more fundamentally alter Medicaid’s basic structure by changing rules regarding conditions of eligibility, ability to enroll when coverage is needed, and the scope of benefits and coverage to which beneficiaries are entitled.

Despite its complex features, Medicaid serves two basic functions: to insure low-income adults and children and to fund long-term services and supports for millions of adults and children with serious illnesses or disabilities who are at risk of impoverishment as a result of their health. Exhibit 1 shows the breakdown of Medicaid beneficiaries. Most (77%) are eligible because of their low incomes. Among low-income adults, 26 percent became eligible under the ACA expansion, while the rest were eligible before the ACA’s enactment.

How the ACA Changed Medicaid

Beyond expanding eligibility for adults and children, the ACA introduced other major changes to Medicaid.3

Expanded coverage of children through CHIP. In addition to raising the mandatory financial eligibility standard for the Medicaid program for children ages 6 to 18 from 100 percent to 138 percent of poverty, the ACA provided five years of additional funding for Medicaid’s companion program, the Children’s Health Insurance Program (CHIP), while also increasing federal CHIP funding levels.4 CHIP provides coverage to children in families who earn too much to qualify for Medicaid. States can opt to use their CHIP allotments either to expand Medicaid, fund a separate CHIP program, or create a combination of the two approaches. In 2015 Congress continued CHIP funding through September 30, 2017. Today all but nine states use their annual CHIP allotment—either partially or entirely—to fund expanded Medicaid.

A new method for determining eligibility based on income. The ACA established a simpler method for calculating family income, known as the Modified Adjusted Gross Income standard, which is compatible with the method used to calculate eligibility for subsidies for plans offered through the ACA marketplaces.5 This approach, which eliminates the use of an “asset test,” simplifies enrollment and renewal for people who move between Medicaid and marketplace health plans.6 This simplified test also was extended to children covered through CHIP.

Streamlined enrollment procedures. The ACA built on earlier Medicaid and CHIP efforts to simplify and streamline the enrollment process. These efforts include presumptive (i.e., temporary) eligibility for people whose applications are pending and Express Lane eligibility, which permits states to enroll people who receive other benefits tied to poverty, such as the Supplemental Nutrition Assistance Program (SNAP).8

Indeed, the ACA modernized the entire enrollment and renewal process for people whose eligibility is linked to poverty alone. Following the same rules used to determine eligibility for marketplace tax credits (which provide financial assistance to people with incomes between 100 percent and 400 percent of poverty to help pay premium costs), the new process is designed to facilitate online applications that link to a secure interface that enables eligibility verification information (such as wages) from other data sources.9 By 2016, applicants could enroll online or by telephone in virtually all states, and 37 states were able to conduct determinations within 24 hours of application.10 Medicaid and marketplace enrollment are completely integrated in states with their own marketplaces, while the 38 states that either partly or wholly rely on the federal marketplace now routinely transmit information between the marketplace and Medicaid.11 Renewal times, originally delayed in the face of a massive number of initial applications, also have fallen.12

Benefit redesign. Building on legislation originally enacted under President George W. Bush, the ACA gave states flexibility to offer to many beneficiaries a streamlined benefit package that more closely parallels the benefit packages of health plans sold in the individual and small-group markets, including in the marketplaces.13 Most states supplement this package with additional benefits, such as enhanced coverage for mental illness and substance use disorders or eyeglasses for adults.14

Coverage for young adults leaving foster care. The legislation gave special attention to young adults up to age 26 who previously had been in foster care by adding a provision to ensure they would qualify for coverage. This provision parallels the one enabling young adults to remain on their parents’ health plans until they turn 26.16

Moving away from disproportionate share payments to hospitals. The ACA refashioned the formula allocating federal payments to hospitals that disproportionately serve uninsured and Medicaid beneficiaries. The new formula more closely targets payments to hospitals serving the highest proportion of low-income populations and schedules payment reductions that correspond to increasing levels of coverage as a result of the ACA insurance expansions. Because fewer states expanded Medicaid than originally assumed, and because enrollment in marketplace coverage has been lower than initially estimated, subsequent legislation has delayed the payment reduction schedule to protect hospitals that serve large numbers of the poor.21

Demonstrations and expanded agency authority to improve Medicaid performance. The ACA contained numerous demonstration programs, ranging from development of pediatric accountable care organizations to initiatives to improve the quality and efficiency of hospital care. In addition, the law established the Center for Medicare and Medicaid Innovation to systematically test—and ultimately implement—more effective and efficient approaches to health care.22

It is possible that a new ACA repeal bill could leave Medicaid untouched and instead focus only on the ACA’s private insurance reforms. But many in Congress appear to want to use repeal to reform Medicaid as well. As noted above, such an effort could be limited to provisions in the 2016 repeal legislation—rolling back expansions in eligibility for both children and adults—but it also could target additional ACA Medicaid reforms. Furthermore, while there is bipartisan support for CHIP, a repeal law could extend the program but on more restrictive terms, for example by limiting eligibility to the poorest children and eliminating the enhanced funding now available to help states support their programs.

Restructuring Medicaid through Section 1115. The Trump Administration could accompany a repeal law with Section 1115 demonstrations that seek to introduce fundamental changes to Medicaid. For example, a Section 1115 initiative might introduce new eligibility restrictions, such as work requirements for adults, required premium contributions coupled with termination of eligibility for nonpayment, and eligibility tied to adherence to certain behaviors, such as diet and exercise plans. Section 1115 demonstrations also could restrict or eliminate certain benefits, such as the special comprehensive coverage rules that apply to children and adolescents. Furthermore, demonstrations might introduce new restrictions on access to Medicaid itself by limiting enrollment to specified open-enrollment periods similar to those used in private health insurance. Additionally, the Administration conceivably might attempt to use Section 1115 to allow states to test the use of beneficiary enrollment limits and waiting lists similar to the types of strategies to limit access to coverage that might be necessary were Medicaid to be block-granted.

Section 1115 does not, however, grant wholesale authority to allow states to introduce changes not permitted under federal law. Instead, it is a research authority, meaning that its use must incorporate research hypotheses and testable research designs, including evaluations capable of measuring the impact of program changes. Furthermore, Section 1115 can be used only for demonstrations that further Medicaid’s objectives, the most basic of which is to insure people who meet eligibility criteria.

Medicaid plays a unique role in our health system, acting not only as insurance but as the nation’s most important health care financing safety net. Repeal legislation could eliminate coverage for poor adults who do not meet the program’s traditional eligibility standards while rolling back to pre-ACA levels the financial eligibility standards for parents of minor children, which hovered around 50 percent of the federal poverty level in many states. Furthermore, Medicaid repeal could eliminate coverage of former foster care children, roll back improvements in long-term services and supports, and end the federal funding essential to streamline enrollment for tens of millions of children and adults.

A legislative repeal effort could be accompanied by an aggressive strategy to redesign Medicaid through Section 1115 demonstrations, which could in some respects have even more far-reaching consequences. Aggressive use of such powers that goes beyond the limits of the law could trigger judicial challenges, but such litigation is difficult to mount, and its outcome cannot be predicted. If the Administration uses its Section 1115 powers to tighten eligibility criteria and reconfigure Medicaid along the lines of private insurance, these changes would have enormous consequences.

Since its enactment, Medicaid has been exempt from the types of market constraints essential to a private insurance market, such as enrollment only at specified time periods. Because of Medicaid’s safety-net mission, those who qualify can enroll when they need care. Medicaid also has placed strict limits on patient cost-sharing, precisely because beneficiaries are, by definition, impoverished and highly vulnerable to financial barriers to care. Were legislative repeal of the ACA reforms coupled with demonstrations that tighten eligibility and impose the private insurance model on Medicaid, the effects would be far-reaching, not only for millions who need coverage, but on the health care system itself, which depends on the program to finance health care for the nation’s poorest and most vulnerable children and adults.

22 Centers for Medicare and Medicaid Services, “About the CMS Innovation Center” (CMS, n.d.). 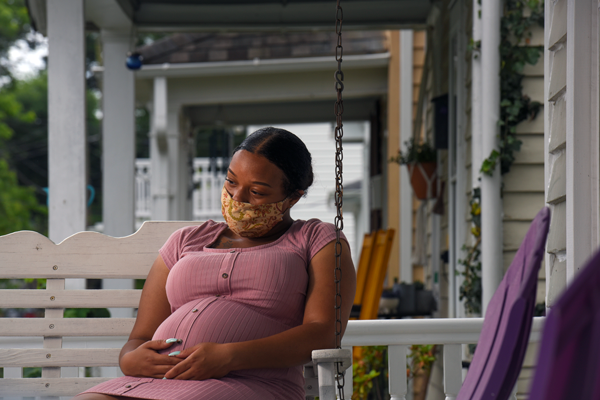 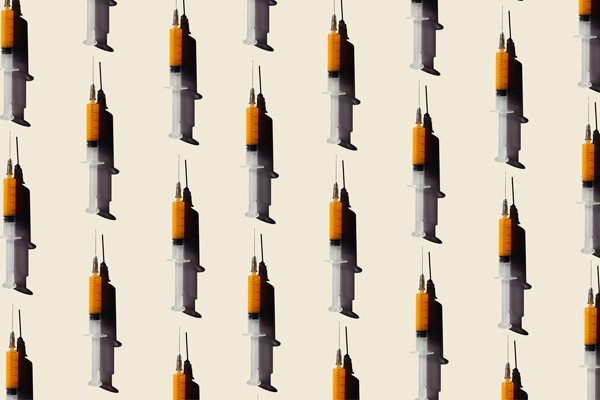 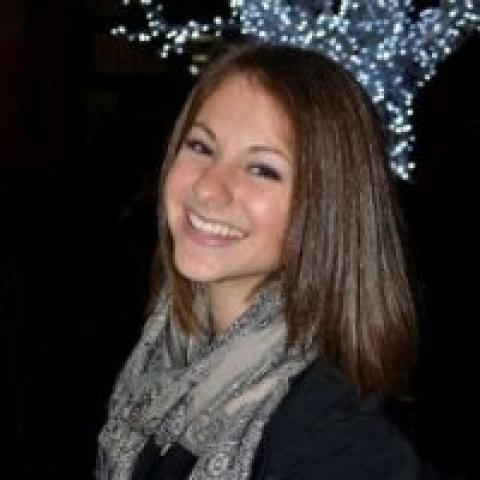 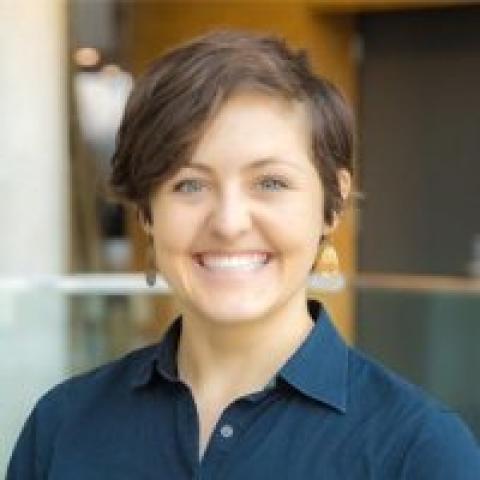 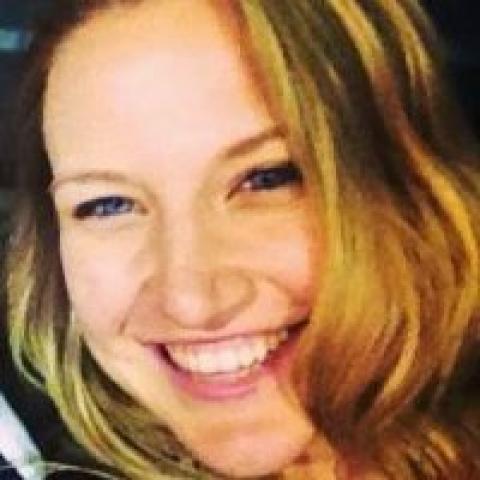