Not So Sweet: Insulin Affordability over Time

With costs rising rapidly, insulin is becoming more difficult to afford for many Americans, especially those with inadequate insurance coverage.

For adults ages 18 to 64, the most important policy factor in having affordable access to insulin is living in a state that expanded Medicaid eligibility. Medicaid protects people with diabetes from high out-of-pocket costs.

Of the 30 million Americans who have diabetes, about 31 percent take insulin to manage the condition.1 Many varieties of insulin are now available, including rapid-acting and longer-acting agents. Insulin prices also vary considerably: newer, more effective, more easily administered forms of insulin are much costlier than older forms. Recently, list prices of many of the newer forms of insulin have risen rapidly, with average increases of 15 percent to 17 percent per year since 2012.2 For people with diabetes who are insulin-dependent, these high list prices can have tragic consequences. News stories regularly report on people who died or suffered severe complications because they could no longer afford insulin,3 and as many as one in four people with diabetes report rationing insulin to save money.4

Governments have begun to focus attention on this problem. In May 2019, Colorado became the first state to cap insulin copayments at $100 for insured residents.5 In April 2019, Congress held hearings on rising insulin costs,6 and members from both major parties expressed a strong desire to rein in pharmaceutical prices.7

Despite widespread interest in addressing insulin prices, choosing an optimal regulatory solution has been challenging because of the complex nature of insulin pricing (Exhibit 1).

Typically, insulin is sold by manufacturers to pharmaceutical benefit managers (PBMs) at a negotiated list price. Included in this list price are rebates that manufacturers pay to PBMs, which often pass the rebates along to insurers in exchange for a more beneficial placement on insurance plan formularies. The net price that manufacturers collect for the insulin is equal to the list price minus any rebates paid to PBMs, other fees paid to wholesalers, and discounts paid to pharmacies.8 Because many of these rebates, fees, and discounts are negotiated as a percentage of the overall list price, many of these actors have incentives to keep list prices high. As a result, list prices have increased dramatically over the past few years, although the net prices received by manufacturers have been stable or have declined. For example, between 2003 and 2016, the list price for a vial of NovoLog, a popular insulin analog, increased by 310 percent, after adjusting for economywide inflation. However, the net price received by the manufacturer, Novo Nordisk, decreased by 21 percent over the same period.9

The complexity of the insulin supply chain affects different patients differently. For instance, uninsured patients pay list prices, unless they can obtain insulin from compassionate use programs established by manufacturers, philanthropic sources (for example, free clinics), or even insulin-sharing groups on social media. People with Medicaid generally pay nothing out of pocket, or a very modest copayment. Privately insured consumers under age 65 pay varying out-of-pocket prices. Some pay copayments, while others pay an insurer-established price up to a deductible as well as a coinsurance amount up to an out-of-pocket maximum.

This heterogeneous payment structure further complicates policymaking. To the extent that list prices are passed along to insured patients, reducing list prices will reduce these burdens proportionately. For those who pay high coinsurance rates or face high deductibles, limits on the structure of cost-sharing may be more effective. Finally, uninsured patients might benefit most from improving health insurance coverage.

Studies have examined the implications of rising insulin list prices for Medicare Part D beneficiaries, showing substantial increases in out-of-pocket spending per user.10 However, little is known about insulin use in people under age 65. This issue brief uses data from the Medical Expenditure Panel Survey 2014–2017 and the National Health Insurance Survey 2007–2017 to examine the relationships among insurance coverage, out-of-pocket spending, and prescription affordability and access among people ages 18 to 64, not covered by Medicare, who have diabetes. (See “How We Conducted This Study” for more detail.)

Drug Prices and Drug Use

We found tremendous heterogeneity in the total price and out-of-pocket cost of insulin in the market of adults under age 65 with diabetes. The total expenditure (from all sources) for a single 1,500-unit prescription of insulin can vary from $0 (typically a free sample) to more than $1,500. For 75 percent of all prescriptions filled, the out-of-pocket share of this total expenditure was less than 15 percent. About 16 percent of all people with diabetes who used insulin paid the full price of any single prescription in any year.

Half of (standardized) insulin prescriptions for privately insured patients are reimbursed at a price between $317 and $425. This is consistent with data on the list prices of common insulin types.11 About 1 percent of 1,500-unit equivalent prescriptions for this group have a total cost of more than $645; these are generally prescriptions for Novolog, Levemir, and Humalog.

Although not shown in Exhibit 2, Medicaid patients used insulin formulations similar to those used by privately insured people.12 Very rarely did they pay more than a minimal amount out of pocket for a prescription.

The situation of uninsured patients is quite different. About half of insulin prescriptions for uninsured patients are reimbursed at a price below $190. Uninsured people are simply not using newer insulin formulations. Their prescriptions are much more likely to be for older, less easily managed forms of insulin.13 For people with type 1 diabetes, some of these formulations are associated with higher risk of hypoglycemic episodes, nocturnal hypoglycemia, and increased within-subject variability of fasting blood glucose.14 Newer insulin analogs are associated with more predictable glycemic control for both type 1 and type 2 diabetes.15

Variations Among Those with Private Health Insurance

There are substantial variations in the structure of private health insurance, which may have significant implications for out-of-pocket spending. Under many plans, drugs purchased before reaching a deductible must be paid at list price. Beyond this level, payments depend on plan design. According to the Kaiser Family Foundation Employer survey, 91 percent of covered workers in 2017 were in a plan with tiered cost-sharing for drugs. Depending on the tiering structure and drug tier, 21 percent to 81 percent of 2017 plans required a copayment for prescriptions (copayment-only plans), while 10 percent to 79 percent required coinsurance (coinsurance-only plans).16 High-deductible plans typically incorporate coinsurance above the deductible. As plans have moved to higher deductibles, there has been a trend toward coinsurance designs, which more closely tie out-of-pocket payments to list prices.

While the Medical Expenditure Panel Survey does not provide direct information on insurance design, we were able to use the patterns of out-of-pocket payments in this survey data to classify those with private insurance into copayment-only, coinsurance-only, and unclassified (not classifiable using our algorithm) groups. Consistent with other studies,17 the fraction of privately insured people who used insulin covered by copayment-only plans dropped from 29 percent in 2014 to 24 percent in 2017, while the fraction in coinsurance-only plans rose from 11 percent in 2014 to about 16 percent in 2017.

Exhibit 4 highlights how these variations in plan design affected spending patterns among all insulin users (regular or irregular users) and all types of insulin (costly or inexpensive). We found that people in copayment-only plans typically paid about $10 less out of pocket for each 1,500-unit equivalent prescription than people in coinsurance-only plans. Over the course of a year, this difference added up; the average person in a copayment-only plan spent about $113 less (48% less) on insulin than did the average person in a coinsurance-only plan.

Many people with diabetes also use drugs other than insulin. Those in copayment-only plans spent about 34 percent less on drugs overall than those in coinsurance plans. Finally, drugs comprise about half of total out-of-pocket costs for people with diabetes who used insulin. Across both drugs and other services, mean out-of-pocket costs for those in copayment-only plans were 24 percent lower than those in coinsurance-only plans.

The data in Exhibit 4 highlight the potential importance of high deductibles in determining the out-of-pocket exposure of people with diabetes. To see how deductible structure might affect affordability, we used the National Health Interview Survey, which includes questions about prescription drug affordability and separates high-deductible plans from other private insurance.

Exhibit 5 shows how affordability of prescription medication varies by insurance, coverage type, and income. Affordability problems increase as income falls and are much higher among those without insurance coverage. Even among the highest income group, however, people with diabetes enrolled in high-deductible plans report greater affordability problems than those in conventional private insurance plans.

The importance of insurance coverage in promoting access is further documented in Exhibit 6, which describes how affordability has changed over time. Although insulin prices increased rapidly between 2007 and 2017, the Affordable Care Act’s (ACA’s) coverage expansions have reduced the share of those with diabetes in each income group who report difficulty affording prescription drugs. The greatest declines have been among people with incomes between 100 percent and 300 percent of the federal poverty level who have benefited from the ACA’s marketplace-based coverage expansions. In 2017, 45 percent of those with diabetes who reported that they could not afford prescription drugs lived in the South, where many states had not yet expanded Medicaid (data not shown).

Our analysis suggests that the most important factors affecting the affordability of insulin for people under age 65 with diabetes are the availability of coverage and the form of that coverage. While rising insulin list prices are a serious problem for those who must pay full price for insulin prescriptions, people with adequate coverage — that is, those in low-deductible, copayment-only plans — are often shielded from these price increases.

The single most important policy factor affecting access to affordable insulin for adults ages 18–64 is Medicaid expansion. People with diabetes who can enroll in Medicaid are protected both from high out-of-pocket costs for insulin and from high costs for other dimensions of their care.

For those with private insurance, the structure of that insurance matters a great deal. Enrollees in copayment-only plans are better protected than are those who pay coinsurance for drugs. However, because plans typically include deductibles and out-of-pocket maximums that apply to all care — and because people with diabetes typically need medications other than insulin as well as regular medical services — it is not enough to focus only on the coverage structure for insulin prescriptions. Instead, to ensure adequate financial protection for people with diabetes, policymakers will likely need to address cost-sharing for all types of care.

We analyzed Medical Expenditure Panel Survey (MEPS) and National Health Interview Survey (NHIS) data from 2014–2017 and 2007–2017, respectively. We then broke these years into three periods: 2014–2017, 2010–2013, and 2007–2009. From the MEPS, we merged the full-year consolidated files, which contained demographic and insurance information, with the prescribed medicines files, which contained information about drug-specific spending. We then took these files and kept all observations of insulin prescriptions to calculate the distribution of insulin out-of-pocket and total costs, both per prescription and overall, for holders of various insurance types in each period. We inflation-adjusted all cost dollar amounts to 2017 dollars, the final year included in our study, and excluded prescriptions to individuals younger than age 18 and older than age 64, or to Medicare patients.

We report all dollar estimates in 2017 dollars, the final year of our analysis. In some of our analyses, we restricted our sample to regular users of insulin, whom we define as those who filled the equivalent of four or more 1,500-unit equivalent prescriptions for insulin in a year, each with a total reimbursed cost of at least $100 or $500.

We would like to thank Elbert Huang for his help with deciding how to best standardize insulin prescriptions for comparison.

6. U.S. House of Representatives, Committee on Energy and Commerce, Hearing on “Priced Out of a Lifesaving Drug: Getting Answers on the Rising Cost of Insulin,” Apr. 10, 2019.

12. Medicaid patients were less likely than those with private insurance to receive free samples, which explains a portion of the higher total costs for this group. 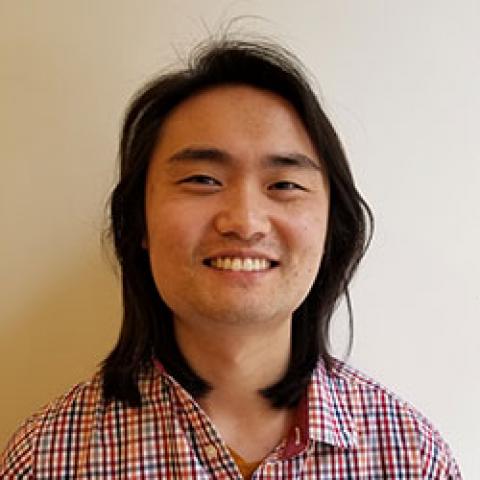