Health care spending has been on the rise in the United States for decades, with health care consuming an increasing share of gross domestic product. But in recent years, U.S. health spending has slowed, even during the time before the Affordable Care Act had taken effect. In his “Viewpoint” in the Journal of the American Medical Association, The Commonwealth Fund’s David Squires assesses the possible reasons behind the slowdown.

According to analysis of data published by the Organization for Economic Cooperation and Development (OECD), the recent slowdown in health spending growth has not been unique to the United States. It occurred in other industrialized countries as well, suggesting that some of the factors contributing to the U.S. slowdown had a global reach. The financial crisis of 2007–09 is the most likely culprit, as it created pressure for countries to rein in spending. The global spending slowdown also could have been prompted by a decrease in the introduction of new and expensive medical technology, or some other unmeasured cause.

A continued global slowdown in health care cost growth seems unlikely. It is possible, though, that it may continue in the U.S. if recent years have brought about lasting changes in the health care system or if elements of the Affordable Care Act temper spending increases that would otherwise accompany economic recovery. If U.S. spending growth does return to its historic patterns, the United States will need to implement dramatic reforms to control health spending growth. 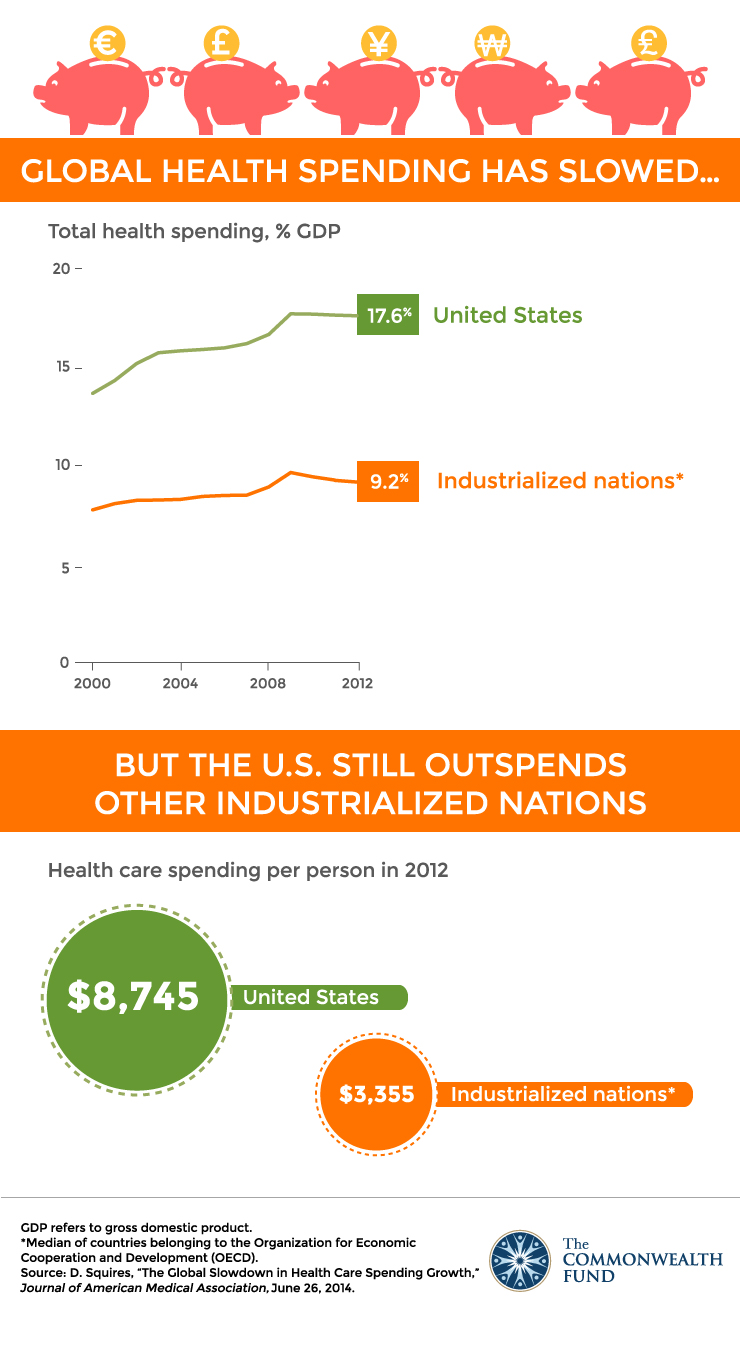