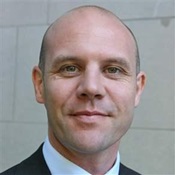 The overuse of health care services shown to be of limited value—or even to actually cause harm—is a challenge faced by nearly every country. By some estimates, this kind of inefficient care represents up to 30 percent of all medical spending in the United States, amounting to $780 billion annually. At the same time, many cost-effective, highly beneficial services are chronically underused.

We spoke to Adam Elshaug, Ph.D., Professor of Health Policy at the University of Sydney and a 2010–11 Commonwealth Fund Harkness Fellow in Health Care Policy and Practice, about health care overuse and underuse and what might be done to address the problem. Elshaug coauthored several articles in a special issue of the Lancet devoted to the subject.

Is the problem of overuse and underuse of health care really as bad as we’ve been led to believe?

It might be worse. Evidence suggests that the world’s various health care systems are becoming even less efficient. We’re moving in the wrong direction.

We hear a lot about waste in the U.S. health care system. Is the U.S. worse than other countries?

The U.S. has been better at measuring the problem than other countries, but we’re all in the same boat. It’s tempting to think that rich countries will have overuse problems and poor countries will have underuse problems, but it’s not that simple. In the U.S. and elsewhere, you actually see both—worthy, inexpensive interventions that are vastly underused and high-cost services of little or no value that are commonplace. One example is vertebroplasty, a procedure for patients with spinal fractures that involves injecting cement into the spine. Insurers in the U.K. and Australia stopped paying for it in 2009 because it was conclusively shown to have no net positive value and a lot of complicating side effects for patients. The U.S. still performs about 80,000 such procedures a year! There are dozens of examples like this.

It’s been well documented that specific tests, treatments, and procedures are frequently performed unnecessarily. This seems like low-hanging fruit. Why is it so hard to curb their use?

Overuse and underuse are really the net result of everything else that is wrong with the health care system. There’s a broad public and professional education campaign called “Choosing Wisely” that includes a long list of “never do” procedures and tests and they all still get done. That’s because there’s no one thing to correct a specific overuse or underuse problem. You can’t say, “Let’s stop doing redundant spine CTs” and the problem is fixed. You need to address all the contributing root causes—guidelines, financial incentives, culture, patient education, technology, and so on.

One of the papers included in the Lancet series notes that one contributing factor to overuse is that the scientific research agenda doesn’t match up well with our public health agenda. Why is that?

About half of biomedical research is privately funded by for-profit companies, and those dollars are strongly biased in favor of chasing known revenue streams. So, for example, even if we already have good, effective treatments for a particular illness, like hypertension, companies might still be eager to fund further research in that area, because they know there is an established revenue stream. About 85 percent of the global investment in biomedical research is wasted because it doesn’t address areas of real public interest, is poorly designed, is never published, or is poorly reported. In other words, about $170 billion of the money we spend on research probably isn’t helping to significantly improve our overall health.

You argue for public education and empowering patients as effective levers for curbing overuse and underuse. Are there examples of that approach making a real difference?

Research into shared decision-making shows that when patients are clearly informed of the potential risks and benefits of a given procedure, fewer will opt to have it. With certain exceptions, roughly 30 percent fewer patients will opt for a procedure after carefully weighing the pros and cons. That matches up with the 30 percent of uninformed patients who, after having certain procedures, say they regretted having it or would not recommend it to a friend. There’s enormous intrinsic value to engaging patients in their own care.

What role might guidelines play in curbing over- and underuse of health care?

There’s potential for guidelines to play a significant role, but we need to revisit the guidelines development process. A recent review of guidelines from one major medical society found that only about 11 percent of treatment recommendations were based on what would be considered strong evidence, while 48 percent were based on weak evidence. Good guidelines really can make a difference.

Do you think broader use of health information technology and electronic health records can be effective be in combating underuse and overuse?

A well-designed electronic health record can include algorithms, clinical pathway analysis, vetting of orders, and restriction of tests to ensure an appropriate test repertoire. These tools can help point doctors toward high-value care. With global payment schemes becoming more common, incentives will become more aligned. I think we’ll see technology play a much more significant role in addressing overuse and underuse of care.

How can global payment and related reforms help address the problem?

There’s enormous interest in the U.S. and elsewhere in paying for results rather than services, and in using payment systems to drive higher-quality care. The Affordable Care Act has sparked the creation of hundreds of accountable care organizations in the U.S. Medicare pays a few of these on a global basis. There now exists a fairly substantial body of international research showing that alternative payment models such as salaried physicians, as well as bundled, global, and mixed payment systems, can reduce costs relative to fee-for-service and help reduce the use of low-value services. But we’re not going to be beyond fee-for-service for a while, so it’s important to tweak the system, pushing doctors toward higher-value services with a comprehensive range of remedies.

Is there reason to be optimistic?

Yes, absolutely. Overuse and underuse are now a central part of the conversation about fixing health care. Ten years ago, if you brought it up, people looked at you funny. Today, it’s widely acknowledged that the status quo isn’t cutting it any more.