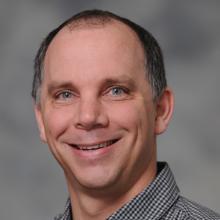 For decades, the high cost of prescription drugs has been an issue in the U.S. And no wonder — the U.S. spends twice as much on prescription drugs as other comparable western nations. And pharmaceutical spending is on the rise. Why are costs rising and what might be done about it? Researcher Steven Morgan of the University of British Columbia analyzed market research and sales data (“An Analysis of Expenditures on Primary Care Prescription Drugs in the United States Versus Ten Comparable Countries,” Health Policy, Sept. 2018) to get a clearer picture of what’s driving prescription drug spending both here and abroad.

Is it really that surprising that the U.S. spends more on prescription drugs than other nations? After all, we’re used to hearing about how obese and unhealthy we are.

It is true that Americans are slightly less healthy than people in other high-income countries, but one of our study’s most interesting findings was that, despite higher spending, Americans actually consume less of some classes of medicine. For example, Americans consume nearly 25 percent fewer “days of treatment” worth of hypertension drugs than people in comparable countries. So it’s not a phenomenon of greater utilization — you’re spending more but getting less.

And why do we think that is?

Well, in addition to looking at the utilization question, which doesn’t appear to be a significant factor, we looked at treatment choices, use of generics, and, of course, price. Treatment choices are definitely a factor — Americans tend to choose more expensive treatment options than their counterparts in other countries. But the factor that accounted for the lion’s share of the difference in spending was simply price. You pay more in the U.S. for the same drugs, somewhere between 80 percent and 150 percent more.

If they’re pharmacologically the same wherever you buy them, why do drugs cost so much more in the U.S. than elsewhere?

You might say it’s because they can be priced higher. In many countries with universal health coverage, there is a single entity that’s responsible for [purchasing drugs and] negotiating prices. Even in a small country, those purchasers can have enormous leverage in negotiating discounts or even setting allowable prices. The U.S. has a very different system with lots of buyers [such as Medicare, state Medicaid agencies, and private insurers] and no price controls. Couple that with higher list prices in the U.S., and even after the discounts some purchasers negotiate, you end up with substantially higher prices.

Your analysis didn’t factor in any discounts that other western nations might negotiate. Does that suggest that the disparity between the U.S. and other countries’ spending is even bigger than is reported here?

In all likelihood, they are bigger than our most conservative results, which indicate U.S. prices are double those of other countries. There are certainly payers in the U.S. market, such as uninsured patients, who are easily paying three or more times as much as health systems in Europe pay.

You’ve done past studies on the relationship between patient out-of-pocket costs and treatment compliance that paint a bleak picture. What’s the impact of these higher costs?

Cost-related noncompliance is already a big issue in the U.S., with nearly 18 percent of adults reporting they skip medications as prescribed because of cost. In Canada, that figure is 10 percent. In most other high-income countries, those levels of cost-related nonadherence are almost unheard of. Only about 2 percent of patients in the U.K., for example, reported skipping prescriptions. There’s a huge body of literature which shows that noncompliance leads to poorer health outcomes.

So the high cost of prescription drugs may actually be making us sicker?

In some sense, yes. High costs — particularly when they are out-of-pocket — can prevent people from getting medications they need. Countries need to set limits on what manufacturers charge for new medicines when there are no comparable treatments on the market. We hear complaints about how government is rationing care by not providing coverage for new drugs, but that argument can be turned around: firms ration care by pricing at levels that people can’t afford or that can’t be justified. Health systems that pay those prices end up with less money for other forms of health care.

Are there examples within the U.S. system where prescription drug spending is being effectively kept in check?

The Veterans Administration spends about one-third the national average and provides about double the amount of “therapy days.” Prescription drug costs within the VA are actually on par with what we see in really well-managed health systems like New Zealand. In a few critical ways the VA acts like those countries do. First, it has a centralized purchasing and negotiating operation, which gives it enormous leverage with manufacturers when it comes to negotiating discounts. Second, the VA has shown it can “just say no.” When expensive drugs can’t demonstrate real added value, the VA will leave them off the formulary. Their “tough but fair” negotiations result in manufacturers pricing medicines at levels that represent real value for the VA and, ultimately, for the U.S. taxpayer who foots the bill.

This conversation has been edited for clarity and length.