What Happened When GE Paid Employees to Quit Smoking?

In 2004, researcher Kevin Volpp at the University of Pennsylvania School of Medicine and Wharton School secured a federal grant to test the effectiveness of financial incentives on smoking cessation. The General Electric Corporation, which spends tens of millions of dollars each year on smoking-related illnesses, volunteered to help design and host a clinical trial.  The trial was extremely successful, with incentivized participants giving up smoking at three times the rate of their non-incentivized peers. Subsequently, GE has decided to launch an incentive program for all of its 152,000 U.S. employees. 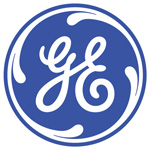 There is perhaps no commercial product in the U.S. that is so universally loathed—by its users, by lawmakers, by the public health community—as the cigarette. Even cigarette manufacturers are trying to help smokers quit. And no wonder: small, fragile, and unassuming, the cigarette has killed more Americans than all our wars combined (by a wide margin). By some estimates cigarettes are as addictive as cocaine or heroin. And the annual health care tab for cigarette smoking in the U.S. is upwards of $75 billion.1 Does a smoker work for your company? Set aside an additional $3,400 next year; that’s the dollar value of the added health care and lost productivity attributable to the average smoker annually.2

The U.S. Centers for Disease Control and Prevention (CDC), the federal agency that champions public health, takes a dim view of cigarettes as well. The agency touts the recent tripling of the cigarette tax as a public health victory on its Web site and makes regular grants to researchers studying smoking cessation. In 2004, one of those grants, for a little over a million dollars, went to Kevin Volpp, M.D., Ph.D., associate professor of medicine and health care management, University of Pennsylvania, School of Medicine. Volpp contacted Robert Galvin, M.D., executive director of health services and chief medical officer at General Electric Corporation (GE), to inquire about hosting a clinical trial, and a soon-to-be-fruitful collaboration was born.

Like most employers, General Electric ranks cigarette smoking near the top of its list of health care concerns. About 20 percent of the GE workforce smokes, the same as in the population at large.3 The company estimates that it spends tens of millions of dollars each year on smoking-related illnesses—a galling sum not just because it is so large, but because every cent is an avoidable cost. If only the company, and others like it, could find a way to convince its employees to quit smoking they could reap significant savings. Surveys generally find that about 70 percent of smokers want to quit smoking, but that only about 2 to 3 percent succeed in any given year.4

The literature on smoking cessation is not rife with success stories. Initiatives that succeed in getting smokers to quit for a full year (a good benchmark because smokers who quit for that long tend to stay off cigarettes indefinitely) are rare. Efforts that increase the quit rate by a single point (say, from 3% to 4%) are considered noteworthy and, in terms of percentage increase, they are. In particular, the literature on using financial incentives to separate people from their cigarettes is not particularly compelling. A recent opinion piece by columnist Alfie Kohn in USA Today noted that, generally, “paying people to become healthy simply doesn’t work.”

“On some level I share that columnist's skepticism—incentives probably aren’t always the best way to modify behavior,” said Galvin. “But the truth is that incentives haven’t been studied enough to rule them out as a behavior modification tool. And GE is just like every other large employer—we’re getting crushed by smoking-related health care costs. So we thought it made sense to participate in a well-designed clinical trial to see what the evidence, versus opinions, actually showed.”

GE and the University of Pennsylvania had few preconceived notions about what the study would find. Lead researcher Volpp had estimated that quit rates might jump to around 9 percent, but the objective of the study was to more firmly quantify that bump and see how long it might last. Armed with that knowledge, future trials might be developed to help answer other important questions:

Billions of employers’ health care dollars ride on the answers to these and other such questions.

Before the GE trial, most of the skepticism about using incentives to curb smoking was based on relatively small studies or trials that used small incentives, in some cases as little as $10. The GE study promised to shed new light on whether larger incentives might be more useful in encouraging smokers to quit.

What Did They Do?

Volpp, Galvin, and a team of researchers began recruiting study participants in February 2005. Potential participants were identified via a survey that consisted of just three main questions (Do you smoke at least five cigarettes a day? Do you use other tobacco products? Would you like to participate in a university study about smoking cessation?). The survey was distributed at about 85 different GE sites.

Ultimately, about 1,900 individuals expressed some interest in participating. No mention of any incentive was made to the potential participants. “In running a study testing the effect of incentives,” explains Volpp, “you’d prefer not to entice people to join based on the premise that they might get an incentive—then if they get put in the control group and don’t [get an incentive] they’re immediately disappointed and drop out.”

About half the applicants were excluded for various reasons (insufficient tobacco use, planning to leave GE, etc.) and the remaining participants were “randomized” and put into one of two groups—a control group or an incentive group. The control group was given information about community-based smoking cessation resources, essentially a list of stop-smoking programs within a 20-mile radius of their work site as well as online resources. The incentive group was given the same information, but those individuals were also told that they were eligible to receive up to $750 in incentives.

The incentives were structured as follows: $100 for completing a smoking-cessation program; $250 for demonstrating (via a biochemical test) that they were cigarette-free after six months; and $400 for remaining cigarette-free for the following six months. Only those who quit in the first six months were eligible for the $400 bonus. Both groups enjoyed the same generous GE health benefits package, which covers tobacco cessation pharmaceuticals but does not pay for smoking cessation programs.

Concurrent with the study, GE introduced a wellness program directed at smoking cessation. This consisted of education about the harmful effects of smoking and links to community programs. However, all employees, whether study participants or not, had equal access to these programs.

To validate self-reported claims of abstinence, at six-month intervals participants were given a cotinine test, which required providing a saliva or urine sample that was then analyzed for signs of cigarette use. Participants’ identities were confirmed and samples analyzed at an independent lab.

After follow up with all study participants concluded in the summer of 2008, data analysis began in earnest.

The results of the incentive trial surprised the team of researchers. The odds of quitting among incentivized participants reached 15 percent and were 3.28 times higher than among non-incentivized employees. No one had previously found financial incentives for smoking cessation to be anywhere near this effective. The numbers actually bear repeating: 5 percent of the control group quit, while about 15 percent of the incentivized group did. In a field where small increases are noteworthy, a tripling in quit rates was earth-shattering. USA Today, the Wall Street Journal, and the New York Times covered the story, while the BBC and other international media offered glowing accounts. Had a more effective path to helping smokers quit actually been found?

Perhaps, but to some, Volpp among them, achieving a 15 percent quit rate is still not entirely satisfactory. “Fifteen percent is impressive at the same time that it is insufficient,” he said. “I feel that once we are able to experiment with incentives in combination with other cultural changes or highly effective quit programs, we’ll be able to push this rate higher still.”

Still, the results of this trial were striking enough to convince GE that it should offer a smoking cessation incentive program to all of its employees. The program, which is still being fine tuned, will begin in early 2010. It will not be exactly the same as the trial; incentives may differ in size and with respect to timing, and some smoking disincentives may be introduced for those who fail to kick the habit after a long period of company-funded encouragement. GE expects the effort to pay for itself immediately and deliver a return within three to five years. And if health-related absences are included in the calculations, it’s likely there would be an immediate return.

Notably, not all participants went about quitting the same way. A significant percentage of successful quitters used nicotine patches, and others used the drug Zyban, which fights irritability that sometimes comes with attempts to quit. But some relied on will power alone.

For instance, one longtime GE smoker told the Associated Press that he quit smoking on his own while a participant in the study, despite having failed to quit on several previous attempts.  The worker credited the incentives, which came as a surprise to him, with making the difference. “I got paid for doing something I should have been doing anyway,” he said.