Ian Clarke of Austin, Texas, has been building things for as long as he can remember. He got his first computer when he was eight years old, and learned to program based on a two-page list of commands that came with it. In the late 1980s, when he was 12, he built his first neural network despite the fact that at the time the idea of a computer that could “learn” was still largely unexplored territory, even among computer scientists. 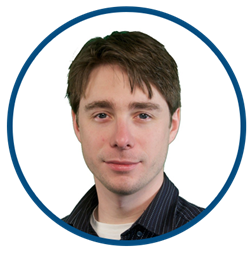 Clarke has not slowed down since. Over the past 15 years, he’s dreamed up, secured funding for, and founded five different tech start-ups in areas ranging from advertising to personal finance. Altogether, these ventures have provided high-paying jobs to over 200 Americans.

The U.S. needs entrepreneurs like Clarke; about half of working Americans are employed by small businesses, including 43 percent of all tech workers. According to the U.S. Small Business Administration, small businesses account for almost 65 percent of all new jobs, with some 40 percent coming from start-ups.

Clarke credits his success in part to a piece of legislation that has little to do with technology: the Affordable Care Act (ACA).

“There’s a very real ‘before and after’ kind of difference for entrepreneurs with respect to the ACA,” Clarke says. “Before the ACA, I could offer people great work and stock options that might make them rich, but I couldn’t always offer them health insurance. It was a real road block sometimes. If you have a family, are you really going to just say, ‘Hey guys, let’s hope we all stay healthy so I can take this cool job?’”

"There’s a very real ‘before and after’ kind of difference for entrepreneurs with respect to the ACA,” Clarke says. “Before the ACA, I could offer people great work and stock options that might make them rich, but I couldn’t always offer them health insurance. It was a real road block sometimes. If you have a family, are you really going to just say, ‘Hey guys, let’s hope we all stay healthy so I can take this cool job?"

For people like Ian Clarke, who work for themselves or run their own companies, the ACA has been a life-changer — enabling them to purchase affordable health coverage on the individual market while doing the work they love. Clarke arranged for his own health insurance this year through a broker who pairs individuals with health plans that participate in the ACA marketplaces. He pays about $300 dollars a month for his plan, as do most of his employees.

Yet, Clarke and his employees’ affordable coverage may be at risk. Uncertainty about government support for the individual marketplaces — where entrepreneurs like Clarke and others who don’t have access to employer-sponsored insurance buy their coverage — has led some insurers to increase premiums or drop out of the 2018 market altogether, which will leave people in some parts of the country with few affordable health plan options.

If Congress or the Trump administration choose to stop funding the “cost-sharing” subsidies that defray out-of-pocket health expenses for some people on the individual market, many people may not be able to afford care or be forced to take on medical debt.

In addition, if entrepreneurs opt not to pursue a start-up venture for fear of not being able to find affordable health coverage, that could drag down state and local economies and impede innovation. Clarke says that since the ACA was enacted, skilled workers are much more willing to sign on with an interesting start-up, which in the long run is good for economic growth. In fact, following passage of the ACA, the private sector gained jobs for 76 straight months (more than 11 million jobs overall).

“The ACA definitely makes it easier to compete with big firms for the best employees,” says Clarke, echoing a sentiment common among entrepreneurs. And sometimes, he says, competition for employees is international; in the tech and other industries, it’s not unusual to look overseas to find the right person to fill a position.

“Start-ups in France and the UK don’t have to worry about health insurance and neither do the workers in those countries,” he says. “If you’re starting a business or going to work for an employer that’s just getting off the ground, you’re taking a risk and that’s OK — you need to be comfortable with that,” he says. “But you shouldn’t have to risk your health.” 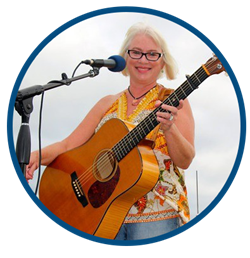 Carol Elliott of Port Arkansas, Texas, believes that the ACA has allowed her to continue to lead her colorful life. Over the last 40 years, she’s worked as a production assistant for Dolly Parton, performed her own music live on the German equivalent of “The Tonight Show,” and won a song of the year award from the National Cowboy Hall of Fame. At 62, she’s still going strong, although most of her performing is now done at Giggity’s Tiki Bar near Corpus Christi, Texas, as oil tankers slowly drift by.

Like many artists, Elliott’s personal finances have waxed and waned over the years, but her bank account was never really her primary concern.

“I was just trying to save the world one song at a time,” she said, borrowing a line from a fellow song writer. “That was my calling and I had to follow it.”

In December 2015, Elliott signed up for an ACA marketplace health plan with help from a professional navigator. Because she was earning less than $20,000 a year, she received a significant subsidy that brought her premium down to less than $100 a month. Her subsidy is important. Between music festivals, local gigs, occasional support from her 100-year-old mother, and part-time work in property management and catering, Elliott estimates she lives on between $1,500 and $2,500 per month. “Income fluctuates in the music business. I’ve always had to be resourceful and find outside jobs.”

Her decision to enroll in coverage under the ACA may have literally been a lifesaver. Two weeks after filling out all the necessary paperwork, Elliott decided it would be prudent to get her first mammogram in more than four years. The mammogram turned up a tiny but suspicious spot. That led to another, more targeted mammogram, a consultation with a specialist, a biopsy and, at last, a diagnosis: Elliott had stage 0 breast cancer, sometimes referred to as “pre-cancer.”

Five-year survival rates for stage zero breast cancer are upwards of 90 percent; in some instances, doctors recommend monitoring rather than actively treating the condition. Because Elliott’s cancer had been discovered early and had not spread, she and her doctors decided that a minimally invasive lumpectomy would be sufficient to remove the affected tissue. She also underwent a four-week course of radiation and now has a yearly check-up.

Since some of Elliott’s early diagnostic care took place before her coverage took effect, she had to foot a bill for about $2,500. She says she’ll be forever grateful that the ACA was there to pick up the rest of the tab. “I wouldn’t have gone to the doctor and I wouldn’t have gotten that mammogram without the ACA,” Elliott says. “The difference it’s made in my life is everything.”

Today, Elliott is thinking about making a new album. “Where would I be without affordable health care? It’s given me the chance to live to 100, like my mom.”

Over the past two years, The Commonwealth Fund has gathered stories from Americans whose lives have been touched by the ACA. While it remains to be seen what comes next for American health care, these stories remind us of the gains we’ve made thus far.