Why Are U.S. Prescription Drug Prices So High?

This is "New Directions in Health Care," the Commonwealth Fund’s podcast. In this edition we look at why prices for some prescription drugs are so high in the United States.

One patient advocate who is working to bring prices down is 67-year-old David Mitchell of the nonprofit organization, Patients for Affordable Drugs. Since 2010 he’s been taking medication to manage a dangerous blood cancer called multiple myeloma.

Mitchell is not alone. One out of four Americans says they have difficulty affording the medicines they take, and the Commonwealth Fund’s Shawn Bishop says we spend more on medication than any other country.

“The U.S. pays the highest prices for drugs in the world, and we put more of our health care costs toward prescription drugs than any other country. Seventeen percent of total national healthcare spending goes for prescription drugs. Analysts who advise Congress expect the share to rise over the next ten years, because drug costs are expected to outpace those of all other services like doctor visits and hospital care.”

Even people with good health insurance are concerned. The cost of prescription drugs is driving premiums for policies up, and some people can’t afford the copays and deductibles for their medications.

“Health insurance in the U.S. includes prescription drugs, but patients are charged cost-sharing, and cost-sharing can be unaffordable, because the underlying prices of drugs are quite high in the U.S.”

Bishop, who is Vice President of Advancing Medicare and Controlling Healthcare Costs at the Commonwealth Fund, adds that while some medications cost less, bills can add up for treatment of chronic disease.

“Conditions like multiple sclerosis and rheumatoid arthritis and cancer which are treated with what are called specialty drugs and biologics — they have the highest-priced medicine — often $50,000 to $100,000 per year, and some drugs for these conditions are priced in the $300,000 to $400,000 range for an annual treatment. But even drugs for common conditions like diabetes have been increasing astronomically and creating affordability issues for patients, because patients who are being treated for diabetes take those medicines every day, so year over year increases are having an impact on their pocketbooks as well.”

A recent poll found one in four adults in this country is worried about the high cost of prescription drugs, and David Mitchell notes some are not taking medications as prescribed.

“We see patients who can’t take the full dose. They cut their pills in half. They skip doses. People with diabetes who don’t take the required amount of insulin to manage their Type 1 diabetes let their blood sugars spike dangerously before they take an injection, because they can’t afford it. People with rheumatoid arthritis who have terrible pain because they can’t take the full dose required to manage that disease. People are angry, and they’re hurting, and they don’t understand how this could be happening to them in the United States of America.”

One reason, he says, is the fact that drug companies that develop new drugs are given the exclusive right to sell them for a period of years.

Former Congressman Henry Waxman, who cosponsored the 1984 Hatch–Waxman Act that reformed the system for drug approval and patenting, offers a related explanation. He says companies defend high prices by claiming they need money for research and development.

David Mitchell points out that much of the research leading to new medications is done through the National Institutes of Health using tax dollars. He says drug companies spend more on sales and marketing than on research and development, but Waxman says many on Capitol Hill believe high prices for existing drugs help fund new ones.

“The consensus in the Congress has consistently been that they did not want to enact price controls. The alternative to that was to have competition with a generic drug. We have saved at least a billion dollars if not more by providing a less expensive alternative to the brand name drug.”

But lately, David Mitchell says, some generics are pretty pricy.

“People equate generics with cheaper, and it’s true, but the reason it’s cheaper is because of competition. If there is one generic the price goes down only modestly.”

And Waxman says brand name drug makers have found ways to stop generics from coming to market at all. One approach is known as Pay to Delay.

Or the maker of a profitable drug may simply refuse to share samples of the medication with generic manufacturers.

“And unless you get the original drug, you can’t quite know how to manufacture the competitor drug.”

Mitchell says some companies also make small changes to drugs to delay the manufacture and sale of generics — a tactic known as evergreening.

“Instead of being administered twice a day we’ve formulated it so it’s administered once a day. We get a whole new patent.”

And pharmaceutical firms aren’t the only ones to benefit from the current system of patents and pricing.

“For example, the pharmacy benefit managers who run prescription drug insurance programs can make more off a higher priced drug, because they negotiate percentage rebates. Say they negotiate a 20 percent rebate on a $1,000 drug. They’re able to take half of that amount, put it in their pocket. Maybe they give the other half to the insurance company. We don’t know because pharmacy benefit managers conduct their business in secrecy. On top of that, doctors and hospitals are frequently paid based on a percentage of the price, and so they can make more off of high priced drugs. Ironically, it’s the patients who get hurt the most by high priced drugs, because patients in Medicare and in the private sector insurance plans pay their co-payments and deductibles based on the retail price, not the discounted price that the insurance company or the doctor or hospital may pay.”

For all of these reasons, former Congressman Waxman says voters are ready for reform.

“There’s no doubt in my mind that there’s enormous public pressure to do something about the high price of drugs.”

So, too, are insurance companies. And there’s one more force lining up to battle high drug prices.

“President Trump has indicated that he wants to do something in this area, and when a president wants to get something done that can be an enormous pressure on the Congress, as well as all the others.”

Lawmakers are considering a bill to govern drug company practices that delay the arrival of generics, according to David Mitchell at Patients for Affordable Drugs:

“There is a bill that could make a meaningful difference in speeding generics to market called the CREATES Act which will stop this gaming of the system by certain drug makers, that’s interfering with generics coming to market. The CREATES Act enjoys bipartisan support.”

And, he adds, there is growing support for allowing one of the nation’s leading customers to bargain with pharmaceutical companies for better prices.

“Right now, by law, the U.S. government Medicare cannot use its bargaining power to get better prices for us. Medicare should be able to bargain over the prices of drugs directly with the manufacturers.”

Congress could make that happen — but that’s not the only legislative body concerned about the high cost of drugs. Again, the Commonwealth Fund’s Shawn Bishop.

“Federal policymakers haven’t taken any action, so states are taking it upon themselves to try to make some headway here for folks who live in their states. Some states have passed laws that prohibit price gouging, which is when price spikes are higher than really can be justified.  Other states have passed laws that require more transparency about higher prices. Some states are seeking to require manufacturers to give notice of price hikes when those price hikes go over a certain threshold, and some states are requiring manufacturers to explain why their prices have increased. Other states are taking more drastic action. They’re trying to pass laws that would enable them to import drugs from other countries that have lower prices, and there’s really a range of proposals that are sitting in state legislatures that are being looked at right now.”

Former Congressman Henry Waxman’s consulting firm has a grant from the Commonwealth Fund to report on all the reasons why prescription drug prices in this country are so high and possible paths forward. This report is available to you on the Commonwealth Fund’s website. I’m Sandy Hausman. Thanks for listening. 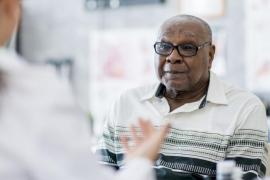 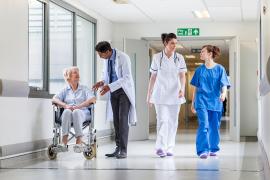 The Financial Consequences of ACA Repeal