Sample Size: Social Science Research Solutions’ nationally representative omnibus telephone survey was conducted between October 9 and October 27, 2013. Of the 4,035 interviews completed during this timeframe, 2,661 were completed with respondents ages 19 to 64. A total of 682 of these respondents reported that they were uninsured or had purchased health insurance through the individual market. This sample of 682 adults potentially eligible for coverage under the Affordable Care Act took the Commonwealth Fund Affordable Care Act Tracking Survey.

All respondents 19 to 64 year old, including those not qualifying for the full survey, were weighted to the population of U.S. adults ages 19 to 64, based on recent census estimates. The survey has an overall margin of sampling error of +/– 4.3 percentage points at the 95 percent confidence level. The landline portion of the survey achieved a 14.6 percent response rate and the cell phone component achieved an 8.1 percent response rate.

Conducted in the first month following the launch of the Affordable Care Act's health insurance marketplaces, the Commonwealth Fund Affordable Care Act Tracking Survey interviewed a nationally representative sample of adults who are potentially eligible for the health reform law’s new insurance coverage options, whether private plans or expanded Medicaid. Among the survey’s key findings: 60 percent of potentially eligible adults are aware of the new marketplaces as a place where they might shop for coverage; 17 percent reported visiting the marketplaces in October to shop for a health plan; about one of five visitors were ages 19 to 29; and one of five visitors enrolled in a plan. Reflecting the technical problems that have plagued the federal marketplace and some state marketplace websites, 37 percent of those who did not enroll in coverage cited those technical difficulties as a reason. A majority of survey respondents, however, appear determined to gain coverage over the next few months.
This publication is one in our ongoing series on Affordable Care Act Tracking Surveys 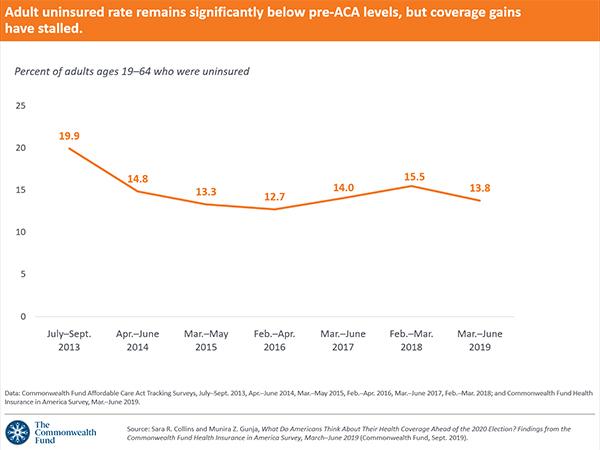 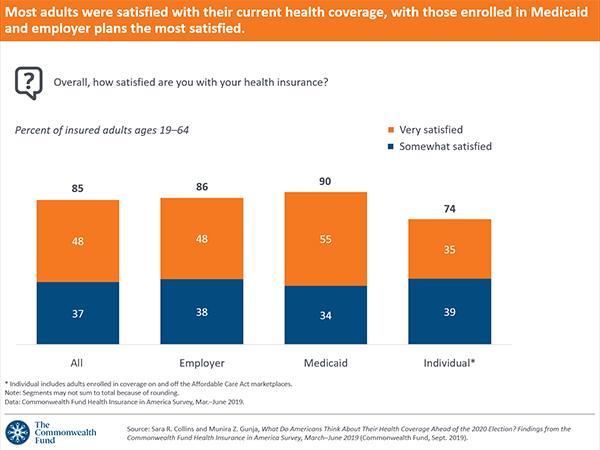 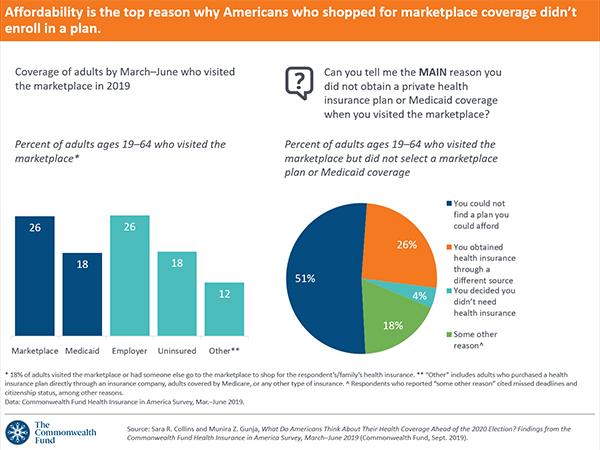