Where Both the ACA and AHCA Fall Short, and What the Health Insurance Market Really Needs

Published March 21, 2017, in the Harvard Business Review. Reposted with permission.

The question of whether the United States will have functioning markets where individuals can buy health care insurance lies at the heart of the current debate about repealing and replacing the Affordable Care Act (ACA). Since about 20 million Americans depend on these markets for insurance — and thus access to health care — their functioning is also essential to the future of the U.S. health care system. To understand the ongoing battles about the individual, or non-group, markets and their reform, three points should be kept in mind.

First, these insurance markets were distressed before the enactment of the Affordable Care Act. Second, the ACA improved their functioning but was not sufficient as passed and implemented to stabilize all of them. Neither, however, is the American Health Care Act (AHCA), the repeal and replacement legislation proposed by House Republicans and embraced by President Trump. Third, the reforms that will improve individual markets, which we discuss below, are known. They include greater balance between premium subsidies and penalties for not taking up coverage, using proven mechanisms for stabilizing risks such as reinsurance, and accelerating efforts to control the costs of health care services. To date, the United States has just lacked the political will to adopt them.

Private Markets Were Failing Before the ACA

Individual markets were troubled prior to the ACA’s enactment in 2010. One reason was that premiums for these policies were increasing more than 10% a year, on average, while the policies themselves had major deficiencies. They often excluded pre-existing conditions, charged higher premiums for people with health risks and for young women, placed limits on annual and lifetime benefits, or refused to renew policies for individuals who became sick. Many people who tried to buy plans were turned down. In 2010, an estimated 9 million adults who had tried to buy a plan in the individual market over the prior three years reported that they were turned down, charged a higher price, or had a condition excluded from their plan because of their health.

Faced with unsubsidized premiums and flawed products, the majority of consumers who tried to buy a plan remained uninsured. Only healthy people could get policies, and only those with good incomes could afford the premiums. States such as New Jersey that experimented with requiring insurers to take all comers, regardless of preexisting conditions, experienced declining enrollment and rising premiums because they did not adopt needed complementary reforms, including subsidies, to encourage enrollment by healthy individuals. Returning to the status quo ante — before the ACA — is not a viable option for the individual markets.

The Affordable Care Act Helped, but There Have Been Challenges

The ACA brought sweeping change to the individual insurance market by establishing federal rules governing the sale of insurance policies, a requirement that all Americans have insurance (the “individual mandate”), and tax credits to make it affordable. Insurers were required to offer a comprehensive health plan to all who applied and could only vary premiums within established limits by age, geographic location, and tobacco use.

The consequences have been dramatic. The size of the individual market — including the ACA’s marketplaces — has nearly doubled since 2010. The share of individual-market shoppers reporting difficulty finding affordable plans has dropped by nearly half since 2010. Most people enrolled in marketplace plans are satisfied with them, and majorities who have used their plans report getting access to care they could not have afforded before.

But achieving insurance market stability over time in this regulatory framework requires robust enrollment. Nationally, enrollment via the marketplaces has lagged initial forecasts. This is because fewer employers than expected dropped coverage, many consumers were unaware that they were eligible for subsidies, and opposition to the law led many states to discourage outreach and enrollment. There have also been real affordability issues for people with higher incomes — above 400% of the federal poverty level — who don’t qualify for tax credits. And penalties for failing to get insurance have been minimal — less than the cost of buying coverage in many cases.

Insurance carriers have also been buffeted by an unstable regulatory and political climate. Multiple and ongoing legal challenges to the ACA and sudden changes in market rules and programs have made it difficult for carriers to price appropriately. Lower enrollment and regulatory uncertainty have led to financial losses for many carriers, and others have simply not been able to compete effectively for highly-price-sensitive consumers. Plan participation declined in 2016 and 2017 after increasing through 2015, though trends in participation are highly variable across states. Premiums in many states rose significantly in 2017 as carriers adjusted premiums to match the risk profile of their enrollment. These premium increases also reflected the phase-out of the law’s temporary reinsurance program in 2017.

Despite this turmoil, Standard & Poor’s projected at the end of December that insurers’ aggregate performance in the individual market would be better in 2016 than in 2015, with many insurers breaking even or becoming profitable in 2017. S&P viewed the 2017 premium increases as one-time pricing corrections and expected that 2018 increases would be much lower. And the Congressional Budget Office also projected in March that the individual markets would be stable under current law. However, enrollment remains lower than optimal, and in some markets, lack of insurer participation limits effective choice and competition.

The Proposed AHCA Will Lead to Lower Individual-Market Enrollment

The current version of the Republican repeal and replace plan, the American Health Care Act, is projected to lead to enrollment losses in the individual market. The AHCA would discourage enrollment by replacing the ACA’s income-related tax credits with less-generous age-adjusted tax credits that would significantly increase what low- and moderate-income people pay for coverage. Repeal of the ACA’s cost-sharing subsidies, which defray deductibles and coinsurance for these consumers, would further reduce the appeal of these policies.

The proposed bill would also repeal the individual mandate and replace it with a continuous coverage requirement that would add a 30% premium surcharge for people who let their insurance lapse during the previous year. The CBO estimates that the AHCA would reduce enrollment in the individual market by 9 million people by 2020. But the office also projects that premiums will be significantly lower for young adults compared to the ACA and significantly higher for older adults in light of the new 5:1 age-rating allowances. This will lead to a healthier pool in the marketplaces but large increases in the number of uninsured older adults.

The bill will also provide grants to states to stabilize their markets, which CBO projects will mostly be used for reinsurance. These two factors will lead to some enrollment gains by 2026, but enrollment will remain lower than under the ACA in 2026 by about 2 million people. As with the ACA, CBO projects that markets will be stable under the AHCA, but the AHCA achieves stability in the individual market, in part through reducing the use of insurance by the people who need it most — older, working-age Americans.

There is no great mystery about how to shore up private insurance markets.

First, we need to create balanced risk pools that include both healthy and less healthy persons in individual insurance markets. This will require two types of actions. Subsidies for young healthy consumers must be increased without decreasing those for older Americans so that so-called young invincibles find the prices of insurance less off-putting but the neediest customers in individual markets can still afford to participate.

However, reducing financial barriers for good risks will not suffice. Unlike many other purchases in our lives, buying insurance is difficult, confusing, and provides little short-term gratification; so healthy young people will always tend to avoid it. That is why creating healthy risk pools for individual markets will require something like the individual mandate that has been so unpopular with conservatives. Unless consumers are required to purchase insurance — or face a meaningful penalty — individual markets may not function effectively over the long term. By meaningful, we mean a financial penalty that equals or exceeds the cost of buying insurance in the first place.

Second, we need to extend subsidies higher up the income scale than the ACA’s limit of 400% of the federal poverty level. This will enable more non-poor individuals — who tend to have lesser disease burdens — to purchase insurance. Unfortunately, health insurance has become so expensive in the United States that even many middle-income families cannot afford to purchase it without the kind of assistance that employers routinely offer their employees.

Third, if we want private insurers to participate in ensuring that Americans have access to affordable insurance, the business of selling this product must be viable. This means managing the inherent uncertainties associated with selling insurance in comparatively unpredictable individual markets. The most effective approaches — used in the Medicare private drug-insurance market without controversy — are reinsurance and risk corridors. The first of these means assuring that reinsurance is available and affordable for plans selling individual and small group products. Risk corridors protect plans that accumulate unexpectedly high risks by giving them access to funds collected from insurers that experience unexpectedly low risks.

Fourth, and perhaps most important, public and private stakeholders must accelerate efforts to control the costs of health care services, which are the primary determinants of the cost of health insurance in all markets, including employer-sponsored, individual, and public. One reason that other countries find it easier to insure their entire populations is that their costs of care are half or less what ours are.

The key to controlling health care costs in the United States is to implement aggressively the payment and delivery-system reforms that were included in the Affordable Care Act but rarely discussed in current debates. Chief among these reforms is holding providers of care accountable for costs and quality of services through value-based payments that reward clinicians and organizations that provide better care at lower costs. Fortunately, the American Health Care Act seems to leave many of these ACA provisions intact, though whether the new administration will enforce them as vigorously as the previous one remains unclear.

The facts are clear. We can revive individual markets that were failing even before the ACA was enacted and are vital to making affordable care available to Americans. But we will have to pay for that revival — politically and fiscally. 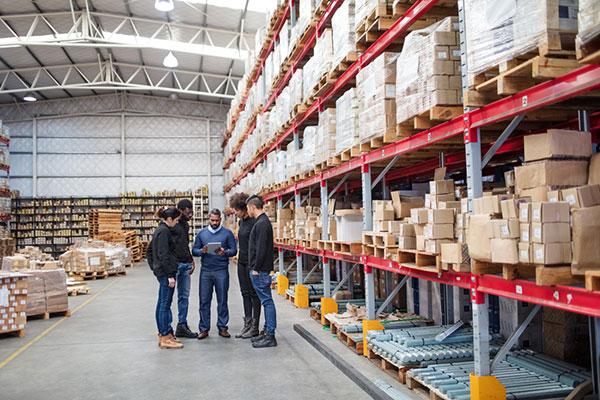 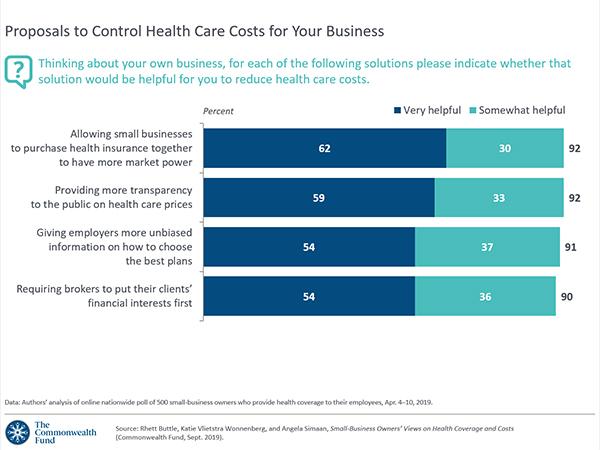