As part of the Bipartisan Budget Act of 2018 (BBA), Congress made changes to the Medicare prescription drug benefit program, or Part D, to lower spending for both beneficiaries and the federal government. Specifically, the BBA increased the size of the discount on brand-name drugs that manufacturers are required to offer beneficiaries who are in the Part D coverage gap, or “donut hole,” from 50 percent to 70 percent. (The donut hole, in which Medicare beneficiaries who have spent over a certain amount on prescription drugs must pay all drug costs out of pocket, was designed to help contain federal costs.) By increasing the size of the manufacturer discount, Congress was able to shrink the share of spending in the donut hole covered by Part D plan sponsors and beneficiaries.

Pharmaceutical manufacturers have continued to put pressure on Congress to make two changes: 1) roll back the discount from manufacturers from 70 percent to 63 percent (and increase Part D plan-sponsor liability) and 2) block an increase in the total amount beneficiaries must spend out of pocket on their prescription drugs before catastrophic coverage kicks in.

Donut Hole: The third phase of Medicare Part D coverage in which beneficiaries pay all drug costs out of pocket.

The amount beneficiaries need to spend out of pocket before reaching catastrophic coverage is called the TrOOP (“True Out-of-Pocket) threshold; it was $5,000 in 2018. The TrOOP threshold increases each year to account for growth in Medicare per-beneficiary spending under Part D, which includes prescription drug prices.

As part of the Affordable Care Act (ACA), Congress included two changes to Part D to help fill the donut hole. First, Congress established the Part D Coverage Gap Discount Program that requires participating drug manufacturers and Part D plan sponsors give beneficiaries price discounts on brand-name drugs when beneficiaries reach the coverage gap. Between 2011 and 2020, this program reduces beneficiary cost-sharing in the gap from 100 percent to 25 percent. The discounts were phased in and scheduled to fill the coverage gap by 2020.

Second, Congress slowed the annual update to the TrOOP threshold through 2019 by basing the update on the consumer price index (CPI) plus 2 percentage points rather than drug spending growth. The purpose was to give certainty to the size of the donut hole during the phase-in of the manufacturer discount program. Because the CPI has grown far less rapidly than drug prices under Part D, this change has kept the size of the donut hole smaller, enabling beneficiaries to reach the catastrophic benefit sooner than they would have under the original Part D benefit. This also helps manufacturers, who don’t have to offer as many discounts when people are in the coverage gap for a shorter period of time. And once the federal government is covering more costs under catastrophic coverage, manufacturers no longer have to provide discounts at all.

While Congress slowed growth in the TrOOP threshold through 2019, under the ACA, the threshold amount reverts back to the pre-ACA calculation in 2020. When the threshold is based on drug price spending growth again, the amount a beneficiary must spend in the coverage gap will jump from $5,100 to $6,350. (If manufacturer price growth had been at or close to CPI growth in recent years, there would be no increase in 2020.) But if Congress wants to block the spike in the TrOOP amount, it must take action no later than June 2019, the deadline for Part D plans bidding to offer coverage in 2020.

In February 2018, the BBA made changes to the Part D Coverage Gap Discount Program to help fill the donut hole in 2019 (a year earlier than the ACA provision) by increasing the manufacturer discount for beneficiaries from 50 percent to 70 percent and reducing the share that Part D plan sponsors cover. This change will require manufacturers to offer a larger discount and reduce beneficiaries’ out-of-pocket drug costs in the donut hole. By reducing the share that insurance companies or pharmacy benefit managers are responsible for, Congress intended to lower premiums, which in turn will save the federal government on premiums subsidies.

The Financial Impact of the New Proposals

While Congress established the Part D Coverage Gap Discount Program at the same time it slowed growth in the TrOOP threshold — and both relate to the donut hole — the two policies function independently and need not be conflated in terms of making changes to them in statute.

Moreover, the financial implications of proposals to change these components differ markedly. Beneficiaries spend an average of $1,321 on cost-sharing in the coverage gap today and would spend $1,156 in 2020 — or $165 less — if Congress amends the BBA and blocks the TrOOP increase as proposed by the pharmaceutical industry.

Understanding the implications of these proposals beyond their impact on Medicare spending and the federal budget is important. Even if Congress were only to block the increase in the TrOOP threshold — and not undo the increase in manufacturer discounts — beneficiary spending would be slightly lower (as a lower limit on TrOOP spending would enable beneficiaries to get out of the donut hole and into the most generous level of federal coverage more quickly) but manufacturers would still come out far ahead of both Part D plan sponsors and beneficiaries. Given the financial implications of these two policies, Congress may want to consider broader changes to Part D that would lower drug prices, provide more cost savings to beneficiaries, and avoid higher spending under the Medicare program. 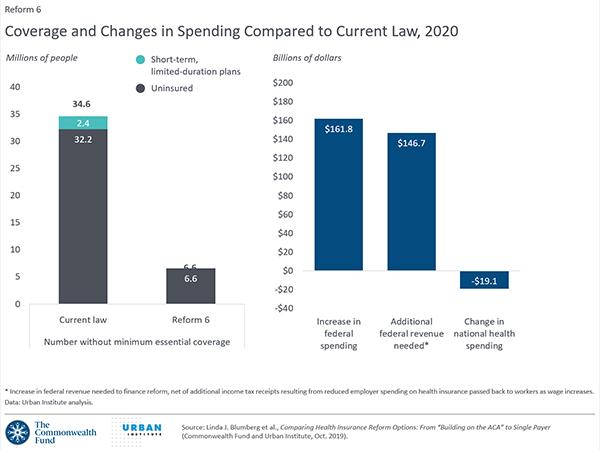