New York, NY, September 18, 2013—Access to affordable health care and quality of care vary greatly for low-income people based on where they live, according to a new Commonwealth Fund scorecard. The Scorecard provides the first state-by-state comparison of the health care experiences of the 39 percent of Americans with incomes less than 200 percent of the federal poverty level, or $47,000 a year for a family of four and $23,000 for an individual. Low-income people account for at least 25 percent of total state populations, and as much as nearly half (47%) in some states—including Arkansas, Louisiana, Mississippi, and New Mexico.

The report also compares the health care experiences of those with low incomes to those with higher incomes—over 400 percent of poverty, or $94,000 for a family of four—and finds striking disparities by income within each state. Yet, the wide differences by geography often put higher-income as well as low-income families at risk. The report finds that higher-income people living in states that lag far behind are often worse off than low-income people in states that rank at the very top of the scorecard. For example, low-income elderly Medicare beneficiaries in Connecticut and Wisconsin are less likely to receive high-risk medications than are higher-income elderly in Mississippi, Louisiana, and Alabama.

The stark differences in health care access, quality, and outcomes detailed in the report add up to substantial loss of lives and missed opportunities to improve health and quality of care.  According to the Scorecard, if all states could reach benchmarks set by the leading states for their more advantaged populations:

“We found repeated evidence that we are often two Americas, divided by income and geography when it comes to opportunities to lead long and healthy lives. These are more than numbers,” said Cathy Schoen, Commonwealth Fund Senior Vice President and lead author of the report. “We are talking about people’s lives, health, and well-being. Our hope is that state policymakers and health care leaders use these data to target resources to improve access, care, and the health of residents with below-average incomes.”

The report, Health Care in the Two Americas: Findings from the Scorecard on State Health System Performance for Low-Income Populations, and online interactive map rank states on 30 indicators covering issues such as access to affordable health care, preventive care and quality, potentially avoidable hospital use, and health outcomes. The report also examines how well the top-performing state in each category does for its high-income residents and sets that as a benchmark in order to assess the potential if all states could do as well.

Income-Related Health Disparities Exist Within and Among States

The report finds substantial variation in health care and health outcomes for low-income people—a two- to five-fold difference. While there was room for every state to improve, states in the Upper Midwest, Northeast, and Hawaii performed best, while Southern and South Central states often lagged.

Some findings of wide geographic disparities and gaps in care include:

The report finds that low-income people were more likely to be uninsured or underinsured than those with higher incomes. In 2010-2011 nearly 57 million low-income people were uninsured or underinsured, ranging from a low of 36 percent in Massachusetts to a high of more than 60 percent in Alaska, Colorado, Florida, Idaho, Montana, Nevada, New Mexico, Texas, Utah, and Wyoming.

Insurance and access to health care are closely linked: the report finds that insured low-income people have similar rates of having a usual source of care and receiving recommended care as insured high-income people. However, insurance alone doesn’t guarantee receipt of high-quality, safe care, as demonstrated by the varied experience of low- and higher-income Medicare beneficiaries, all of whom are insured.

The report findings point to the need to strengthen primary care to ensure timely access, reduce reliance on emergency rooms, and improve care for those with chronic disease. The Scorecard finding that those living in low-income communities often fare worse points to the need for targeted efforts focused on “hot spots,” or communities with very high rates of hospital or emergency room use, to act early, prevent complications and improve population health.

According to the report, the Affordable Care Act represents a historic opportunity for states to provide better health care to economically vulnerable people by providing resources to overcome the geographic and income divide—especially for states with high rates of poverty. The authors note that investing those resources well has the potential to improve the health and productivity of the entire state.  The scorecard offers targets to improve as well as a way of tracking progress by state over time.

“The Scorecard’s startling findings show us where our bright and weak spots are when it comes to providing health care to millions of Americans living on modest or low incomes,” said Commonwealth Fund President David Blumenthal, M.D. “And the timing is important. We are at an unprecedented moment in the history of our nation. We have the potential to raise the bar, unite the country, and realize the promise of a more equal opportunity to thrive by expanding health care coverage and innovating to find the most effective ways to deliver high-quality, safe care for everyone.”

The report and additional resources, including an interactive map, state profiles, an infographic, and a slide show explainer, “A Tale of Two States: The Health Care Income Divide Visualized,” is available at: www.commonwealthfund.org/Publications/Fund-Reports/2013/Sep/Low-Income-Scorecard.aspx. 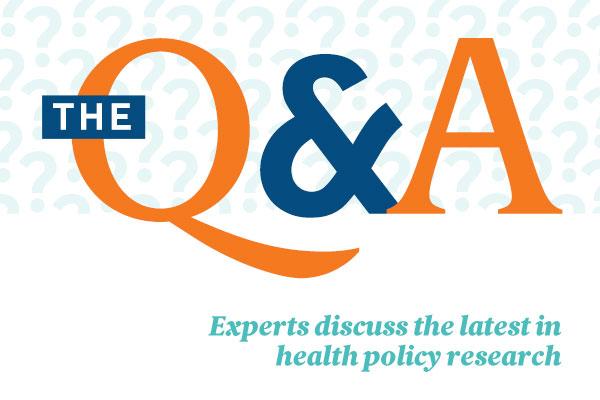 Interview with Dr. Richard Stone of the Veterans Health Administration
April 7, 2020 | To The Point

Expanding ICU Capacity in the Midst of a Pandemic
April 1, 2020 | To The Point