The Trump administration’s proposed regulations encouraging the sale of health insurance plans that do not comply with Affordable Care Act’s (ACA) benefit requirements or consumer protections could siphon healthy enrollees from the ACA marketplaces, leaving them with a smaller, sicker group of enrollees. The problem could be compounded when the penalty for not having health insurance is eliminated in 2019.

The Trump administration’s push to increase the availability of non-ACA compliant policies poses a significant threat to states’ individual markets and the people who rely on them. Without state action to regulate these coverage arrangements, consumers will face higher premiums, fewer plan options, and a loss of consumer protections.

The report outlines the alternative coverage options that could become widely available in 2019, when consumers will no longer face a financial penalty if they choose to go uninsured or purchase coverage that’s not ACA-compliant. These include: 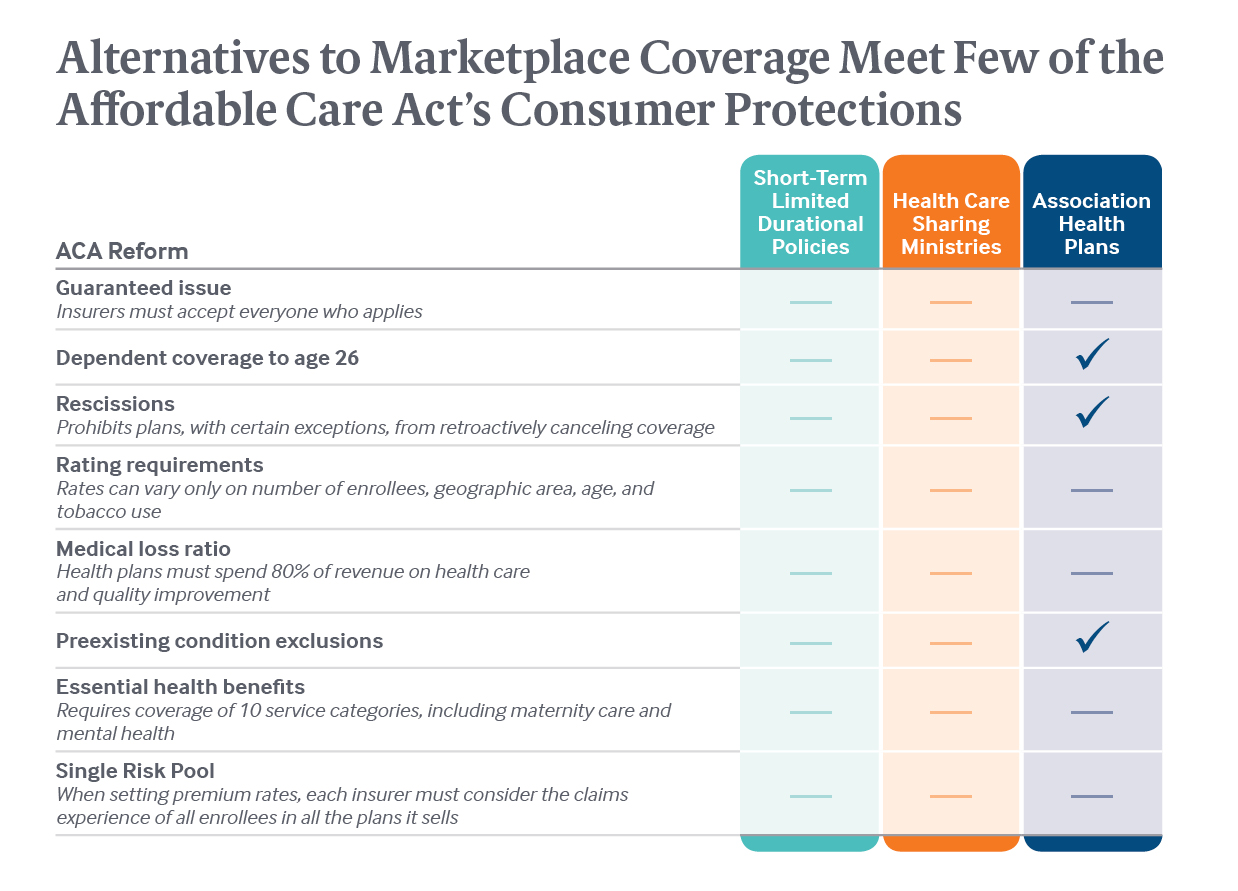 Thanks to the ACA, more people have health insurance than ever before, and people with health problems can’t be denied coverage or charged more because of their condition. This report shows that some alternative plans could put consumers at risk of inadequate coverage and financial protection, while also leading to instability and higher premiums in the ACA marketplaces.

Although the ACA set a federal benchmark for consumer protections, the law did not limit states’ power to regulate above these minimum standards, the authors of the Commonwealth Fund report say. Nor did the ACA limit states’ capacity to exercise full regulatory authority over health coverage that falls outside the scope of federal insurance law.

Some states have already taken steps to limit the availability of non-ACA-compliant insurance and protect their marketplaces. Massachusetts and New York, for example, have restricted the availability of underwritten short-term policies that don’t meet comprehensive benefit standards, such as coverage for mental health services, prescription drugs, and maternity care. Several other states tightly restrict the duration of such plans.

According to the report, states’ decisions about regulating non-ACA-compliant policies will likely have a significant effect on the accessibility and affordability of individual health insurance and the stability of markets.