Q&A with Ana Penman-Aguilar: Diving in to Data on Hispanic Health 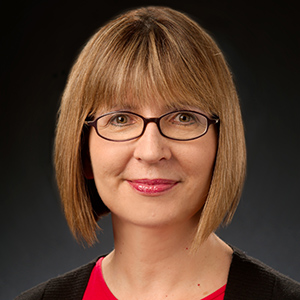 A 2015 study led by the Centers for Disease Control and Prevention (CDC) was the first to use national data sources to analyze a broad range of health indicators for Hispanics by country or region of origin and according to whether people were born in the U.S. or abroad. We asked one of the study’s authors, Ana Penman-Aguilar, Ph.D., M.P.H., chief science officer and associate director for science at the CDC’s Office of Minority Health & Health Equity, to tell us what the analysis revealed and how the CDC has been working to reduce health disparities among Hispanics.

Transforming Care: What sorts of differences did you see in health outcomes and behaviors among different Hispanic subgroups?

Penman-Aguilar: We found that there is considerable variation in health by Hispanic origin subgroup and by whether someone was born in the U.S. or not. For example, Puerto Ricans in our study had nearly twice the prevalence of self-reported cancer (+84%) and heart disease (+87%) compared to Mexicans. They also had higher rates of self-reported smoking compared to Mexicans. As another example, whether people got the preventive screenings they needed varied by Hispanic subgroup. Our study provides a starting point for identifying specific Hispanic subgroups for targeted improvement of specific health indicators, such as preventive screening rates.

Transforming Care: Some subgroups of Hispanics fare better than whites on some measures of health despite experiencing worse access to care and having a lower socioeconomic status. What do you think might be at play?

Penman-Aguilar: Our study did not look at this issue specifically, but the literature provides some ideas. One important idea is that healthier people may be more likely than less healthy people to migrate to the U.S. Additionally, sick and elderly people may migrate back to their home country to receive palliative care or to prepare for subsequent death. Furthermore, as time spent in the U.S. increases, the health of Hispanic recent immigrants may deteriorate as they take on some less healthy behaviors of people in the United States overall.

Transforming Care: Half of Hispanics will develop diabetes over their lifetimes, and they are much more likely than whites to develop serious complications and die from the disease. What has been most promising in recent years in terms of preventing or managing diabetes?

Penman-Aguilar: In March 2016 as part of the National Diabetes Prevention Program, the CDC released the new PreventT2 curriculum, which offers a culturally relevant Spanish translation of the English version, rather than a direct translation. And the National Diabetes Education Program has developed several items to advance Hispanic and Latino health. For example, the Kit El Camino hacia la Buena Salud / The Road to Health Toolkit provides resources for community health workers, promotores, and diabetes educators to start a community outreach program reinforcing the message that type 2 diabetes can be delayed or prevented.

Latino communities are hard hit by neighborhood conditions that contribute to obesity and type 2 diabetes. Income, education, unemployment, housing conditions, and neighborhood environment profoundly affect whether individuals will consume nutritious food and have options for physical activity. Too many communities lack safe places for physical activity or full-service grocery stores. Although the most important approach to solving problems like this is to increase neighborhood options, it is also sometimes possible to help people overcome barriers with tailored approaches such as the music video Movimento por su Vida, which uses dancing as a strategy to increase physical activity in the home.

Transforming Care: Are there other ways the CDC has promoted the use of community health workers to reduce Hispanic health disparities?

Penman-Aguilar: The CDC has several community health worker programs directed at those who work in diabetes, HIV/AIDs, cervical cancer, heart disease, high blood pressure, kidney disease, and other areas. For example, AMIGAS (“Ayudando a Las Mujeres con Información, Guía y Amor para su Salud” or “Helping Women with Information, Guidance, and Love for Their Health”) is a bilingual educational outreach intervention designed to help promotoras and other lay health educators increase cervical cancer screening among Hispanics who have rarely or never had a Pap test. CDC funded a randomized controlled trial that showed AMIGAS is effective in promoting cervical cancer screening (Pap tests) among Hispanics between ages 21 and 65 years.

Some of the other things CDC does to address the health of Hispanics and Latinos include providing funding to health departments, community-based organizations, universities, and other health partners that serve Hispanics and Latinos; conducting public health bilingual social marketing campaigns; and conducting research that advances Hispanic and Latino health.