In parts of the U.S., unions are leveraging health benefit designs and trusted relationships with members to promote healthy behaviors and steer people toward higher-value providers and treatments. Transforming Care spoke to three leaders in the field about what others can learn from these efforts. 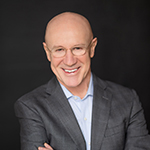 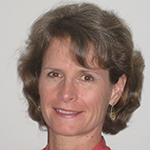 Ivana Krajcinovic is senior director of health care delivery at UNITE HERE HEALTH, a health plan with some 110,000 union members and their dependents (covering 230,000 lives in all). Krajcinovic helps oversee the plan’s health benefit design and efforts to promote wellness through chronic disease management and care coordination programs. 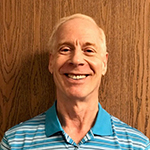 Ken Stuart is administrative manager of the health plan for the International Brotherhood of Electrical Workers’ local union in San Diego. This union represents 3,000 members in the construction trade and their dependents. For more than 40 years Stuart has focused on cost-containment strategies for unions and self-insured employers.

Transforming Care: Through America’s Agenda, unions have begun partnering with businesses as well as health care providers and other industry representatives to improve care delivery and reduce costs. What was the impetus for the unions founding the organization?

Mark Blum: I think a lot of them were tired of acrimonious zero-sum bargaining over health benefits and wages. We know most strikes over the last three decades — in fact almost every major strike — has been over the issue of rising health costs, a problem that’s actually not resolvable at the bargaining table because neither side created the problem. By finding ways to control costs and improve care, it becomes a negotiation over the creation and sharing of savings. It’s constructive.

Transforming Care: In addition to enhancing access to primary care, one of the strategies unions are pursuing is educating their members about how to navigate the health care system and be more cost-conscious. What’s working and what’s not?

Ken Stuart: We have one advantage in that union members in many cases know exactly what health insurance costs because it is paid for through allocations from their wage increases. Most people working for a single employer don’t know the total spend on health insurance. They just know what their payroll deduction is. We try to educate members about value by looking at the quality of care. The problem is people in general have little way of knowing which providers are providing the most appropriate or high-quality care, and it’s hard to get their attention when we offer them that information. The most significant tool we have is plan design, which we use to influence the decisions participants are going to make. We lowered the copay for instance for the highest-rated health system locally. In just six months, we saw the utilization of the system among our members had increased by 40 percent. We have had less success with educational campaigns about quality of care. We just can’t get people to read the material we send them.

Transforming Care: What are some of the other health benefit design changes you’ve made?

Ken Stuart: We use a company called HEAL, which provides in-home physician visits within two hours. We put this out as a $5 copay. It’s not only for homebound people. It could be a mother with young kids who doesn’t want to bundle everyone up to sit in a doctor’s office or urgent care. A physician comes to your house, with a phlebotomist who can take fluids. They can do a physical exam or take out stitches. It’s mundane things. It’s the same cost to the union as an office visit, but we know if you’re going to a doctor’s office or urgent care, they might do more than the office visit.

Ivana Krajcinovic: We leverage the trust members have in their unions. We can send our staff into an employee cafeteria and people know we don’t have an incentive to do anything but what is best for them. We’re much more effective since we’re not an insurance company that they suspect is only doing this for their shareholders. We can communicate the benefits of having a narrower network of providers, for example. In Boston, the union actually held a vote of its membership about narrowing its network to control costs, which eliminated a well-known academic medical center. People came out, they listened to presentations, and then they voted to do it. There aren’t many insurance companies or employers who do that kind of thing.

The other thing I would say is there’s an assumption that immigrants or the working poor can’t navigate the system. We just have to spend the time to do it. We prefer to communicate in person, often training worker leaders to talk to their coworkers about things like plan changes and the importance of having a primary care physician. We’ve developed what we call “paper points” — sets of cards that look like simple PowerPoint presentations that allow worker leaders to educate their coworkers anytime, anywhere.

Transforming Care: Do you think some of the programs unions are trialing will be taken up in other sectors?

Ken Stuart: I would hope so, but I’m always amazed by how reluctant employers and health plans are to change health benefits, plan design, and provider networks to promote use of higher-quality care or more favorable pricing. Locally, we have a hard time getting health plans to question hospital billing even when prices are out of whack because they need to keep health systems and providers in their networks to be competitive. I think employers need to take more control. We participate in the California Purchasers Health Care Coalition, which brings public- and private-sector employers and unions together to share best practices for promoting high-value care for employees.

What Will the Biden Administration Do for Women’s Health?