An International Comparison of Early Childhood Initiatives: From Services to Systems

Events and experiences in the first months and years of a child’s life can set a foundation for lifelong well-being or leave a legacy of poor physical and emotional health and developmental challenges. Children from more-affluent families show marked advantages in both knowledge and skills that are evident long before school entry. Compared with children from impoverished backgrounds, they have better health status, are less likely to require hospitalization in the first five years of life, and are at less risk for future learning difficulties once they enter school. Recent studies document the impact of early adversity on adulthood, measured in higher levels of cardiovascular risk, alcoholism, drug use, and mental disorders.

Despite evidence of how much the early years contribute to later health and educational attainment; there is, as yet, no clearly articulated U.S. policy on this most important period of life. There are a number of possible explanations, all of which conspire to limit progress on early childhood policy in the United States:

The U.S. is not the only country to struggle with early childhood policy directions. England, Canada, and Australia all started with similarly fragmented early childhood services, a penchant for market-based solutions, and a desire to limit reliance on the welfare state. Families in each of these countries are facing similar pressures resulting from long hours at work, irregular work schedules, and limited child care options. This report describes components of each country’s efforts to respond to the importance of the early years and to develop policies that they hope will produce lasting gains for their youngest citizens. It also considers the implications of their experiences for the development of early childhood policy in the U.S.

The British government’s desire to eradicate child poverty by 2020 and to reduce social inequality has driven recent development of its early childhood policy. Over the past decade the Labor Government of Tony Blair and Gordon Brown has instituted a range of child and family policies that are transforming the odds for young children. In 1998, the government launched Sure Start, which eventually established more than 500 local programs in some of England’s poorest areas to deliver integrated family support, early learning, and play experiences for children under the age of four years. In 2004 the government published the National Service Framework for child health and maternity services, setting standards for care in the health sector designed to integrate health with wider system reforms to overcome service fragmentation, inadequate communication, and lack of accountability for outcomes and to expand preventive and early intervention services.

The Childcare Act of 2006 committed to a national network of children’s centers, modeled after what is believed to be the best of the Sure Start practices. The centers are also expected to link with Jobcentre Plus, to give parents training and education opportunities, and with health services such as antenatal and postnatal support, smoking cessation support, and speech and language therapy. By 2009, some 3000 Sure Start Children’s Centers, providing services for 2.3 million children were in operation.

The landmark Early Years Study (McCain & Mustard, 1999) provided a framework of understanding for early child development that continues to influence policy directions towards a more integrated approach to early childhood programs. In 2000 Canada announced the federal/provincial/territorial Early Childhood Development Agreement which funded four key areas for action: pregnancy, birth, and infancy; parenting and family supports; early child development, learning, and care; and wider community supports. Although intended primarily to expand child care and add "leverage" by integrating services, in practice much of the federal funding was used by the provinces and territories for expansion of a plethora of lower cost programs. Also in 2000, the federal government expanded maternity and parental leave benefits to one year for eligible new parents. In 2003 the federal government introduced funding specifically for child care programs and in 2005 announced a bold plan for the expansion of early learning and child care. A change of the federal government in 2006 terminated the new funding plans and agreements and the federal government has retreated from the early childhood arena.

Provincial and territorial governments are responsible for early childhood and education programs and innovative system changes continue to emerge. For example, in Ontario and New Brunswick, provincial policies are responding to Toronto’s First Duty program that demonstrates the benefits of early childhood program integration. Quebec’s family policy launched in 1997 expands parental leave benefits, increased income benefits and launched a network of low-cost child care programs, now accommodating over 60% of all preschool children. In Manitoba, the Healthy Child Manitoba Committee of Cabinet is a legislated structure that is dedicated to the health and well-being of children and youth. In Alberta, five innovative approaches to preschool developmental screening and follow-up services are under way. These projects integrate developmental screening into community settings, such as Parent Link family resource centres, and improve links with health providers. Special attention to the family and cultural background of the children is a key focus of several of the projects. These projects are currently undergoing evaluation and health economic assessments. In British Columbia, local intersectoral community coalitions analyze local needs and plan for the re-allocation and coordination of resources for early childhood programs.

Canada has placed more emphasis than other countries on measuring children’s healthy development and "readiness for school" at entry into kindergarten. The Early Development Instrument (EDI), a questionnaire completed by kindergarten teachers shortly after school entry, assesses the physical health and well-being, social competency, emotional maturity, language and thinking skills, and general knowledge of individual children. The results are aggregated and reported for all children in a given school or geographic community. EDI data is now routinely collected in several provinces, and used by local communities to plan and monitor performance of their early childhood services.

Australia’s Stronger Families and Communities Strategy, developed in 2003, funded non-governmental organizations (NGO’s) in 45 communities across Australia establishing programs designed to improve developmental outcomes in young children. The election of the Rudd Labor government at the end of 2007 has led to stronger and more strategic support for the early childhood agenda. Early childhood development is now seen as an essential strategy of the new government’s reform agenda in the areas of education, social inclusion and enhanced productivity. The Rudd government has also extended funding for the national expansion of the Australian Early Development Index (AEDI), making data on child health and school readiness available for every Australian community by the end of 2009.

There have been developments at the state level, as well. For example, several years ago, the state of Victoria launched Best Start, a partnership between government and local communities designed, to improve service delivery and coordination across health, education, family support services, and community organizations for children from birth to age 8. Best Start has defined links to the health sector through the state’s extensive network of maternal and child health nurses, which delivers free community-based well-child care services. Each municipality in Victoria has developed its own early years plan, and many have mapped community resources, and begun to develop frameworks for measuring progress. Many other innovative program and service delivery models that were incubated in different cities and regions over the past decade are now being spread as the Rudd government begins to implement its early childhood strategy. South Australia has made early childhood development a priority and has included early childhood goals in its State Strategic Plan. South Australia has developed a "whole of government" approach to policy and program governance for early childhood, and is committed to creating over 20 one-stop-shop integrated Children's Centres to support early childhood development and parenting across the state. In addition, a multitiered Home Visiting program supports parents of newborns and provides links to other needed services.

While the new Obama administration has indicated that early childhood health and education will be a major priority, as of 2009, a clearly articulated, comprehensive national policy on early childhood is lacking in the U.S. It can be argued that much of the evidence generated in the U.S. on the importance of the early years has had a greater effect on the national policies of other countries. One notable exception, however, is the Early Childhood Comprehensive Services Initiative, launched in 2003 by the Maternal and Child Health Bureau. It offers small grants to each state to bring together Maternal and Child Health programs with partners from early care and education, family education and support, mental health, developmental disabilities, and other public and private agencies to create a strategic plan for coordinated services for children under age 5. Nearly all states (49), the District of Columbia, and a number of territories participate. The initiative aims to support child development and school readiness through a focus on health insurance and provision of a medical home for children, early care and education, mental health and social-emotional development, parenting education, and family support.

Even in the absence of a strong federal framework, many states, in keeping with their historic role in driving policy innovations, have embarked on a variety of early childhood initiatives. In California, a tax on tobacco products funds an integrated system of early childhood development services. Each of the 58 counties has a "First Five" Commission that distributes revenues to fund a range of early childhood programs. North Carolina’s Smart Start is a public–private initiative that provides early education funding to counties, with the funding administered through local partnerships with nonprofit organizations. Connecticut’s Help Me Grow program provides access, outreach, coordination, and developmental screening services to families and communities through the state. In addition to the work in states, many communities and local early childhood entrepreneurs have been developing a range of innovative programs and initiatives.

A number of conclusions can be drawn from this analysis.

The building blocks for the early childhood system of the future are already emerging in each of the comparison countries. New political entities such as Children’s Cabinets, Commissions and Trusts are being created to fill a policy, planning and accountability void. Approaches that align strategies across multiple levels of government (local, state and national) and that integrate services from different sectors (health, education, family support) are proving most successful. Adoption of a common outcomes framework is an effective tool to get stakeholders on the same page, and accountable to each other. Service delivery hubs such as Sure Start Children’s Centers in

England and EDUCARE in the U.S. are providing the foundation for place-based strategies that support children’s healthy development. As child care, pediatric care, home visiting and other essential services work to improve their quality, and respond to new knowledge about early childhood development, they are also developing new linkages and points of connectivity so that they become part of a functional network that meets children’s needs. New population-based measurement tools such as the EDI are helping communities to identify these needs and to work with families to address them.

Early childhood systems of the future need to be responsive to all families—those in which both parents work, and those in which parents look after their own children at home. Both groups would benefit from the translation of research findings on early childhood well-being into effective policies and programs. As the Obama administration considers the direction of its national early childhood policy, these early experiences in each of the four countries with translating evidence into practical programs for young children may be of interest. Continued cross-country comparisons will inform each country’s system-building efforts, allowing for early adoption of successful programs and shared evaluation experience. 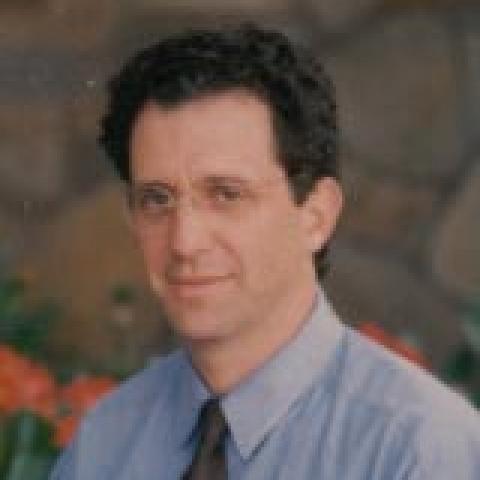