Undocumented and Uninsured: Barriers to Affordable Care for Immigrant Populations

The Affordable Care Act will significantly reduce the number of U.S. residents without health insurance to ensure appropriate access to health services, but the law specifically excludes one group from all its provisions: the approximately 11 million undocumented immigrants residing in this country.

When statistically controlling for age and gender, undocumented residents of California have a health profile that is generally similar to U.S.-born residents. Undocumented immigrants report the lowest rates of asthma but the highest rates of obesity and being overweight. This is significant since obesity and being overweight increase the risk of diabetes, hypertension, and other conditions where timely access to medical care is essential.

Undocumented residents are concentrated in a small number of states. As a result, safety-net hospitals in those states will be particularly affected by the reduction in disproportionate share hospital (DSH) payments scheduled under the Affordable Care Act that have previously cushioned the impact of providing uncompensated care. Many hospitals are expected to have a lower uncompensated care burden as a result of fewer uninsured patients, but those with a large proportion of undocumented immigrants may not experience the increase in insured patients that would otherwise be expected.

Despite being in working families, most undocumented immigrants are not covered by health insurance and face significant access-to-care barriers. Policy innovations for undocumented residents from around the United States and internationally provide examples of how access to health care can be improved. These include:

The Affordable Care Act’s goal of affordable, quality health care for all will not be achieved unless policies also assist the country’s approximately 11 million undocumented residents. Helping improve access to care or health insurance coverage is an investment in maintaining the good health of this population and will also stabilize the financial viability of safety-net providers who are essential to the residents of their communities. 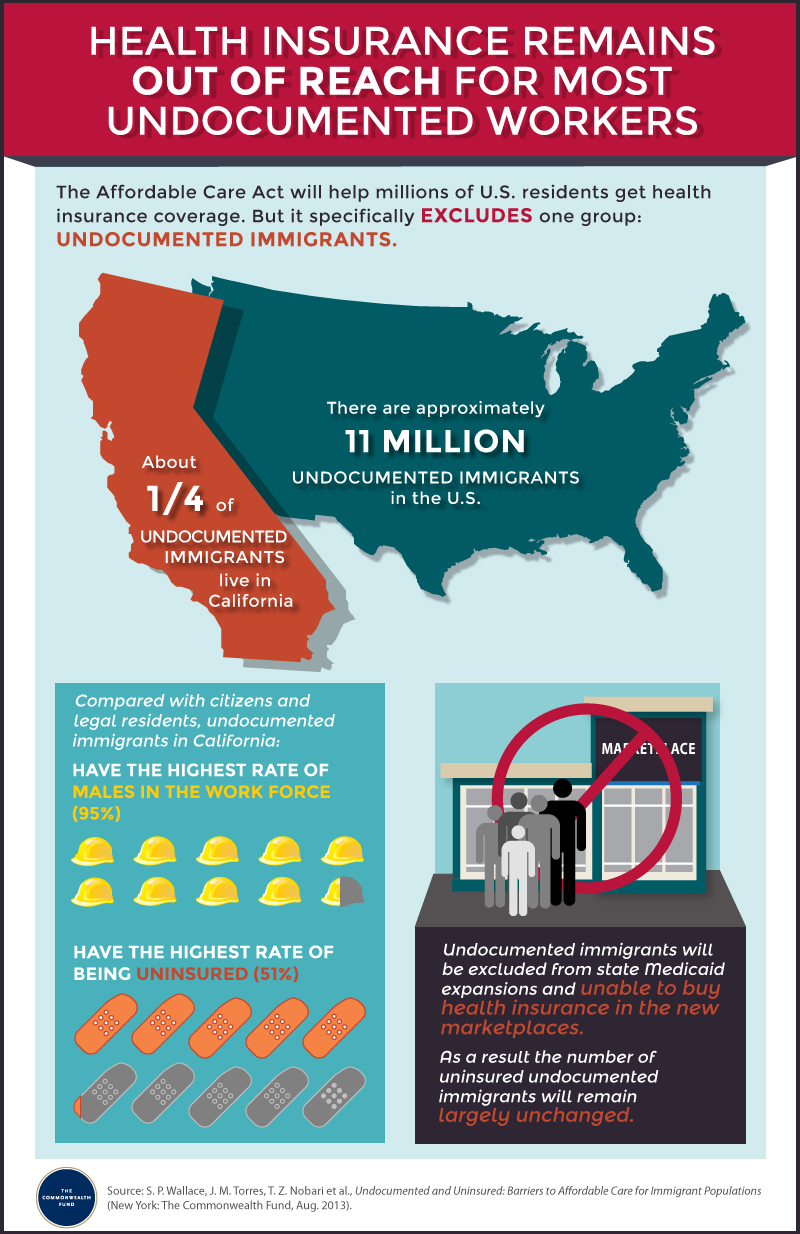