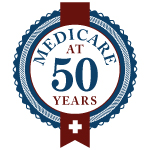 This report is the first in a series that traces the evolution of Medicare and its major accomplishments over the past 50 years; examines the Affordable Care Act’s reforms to Medicare and the challenges facing policymakers going forward; and lays out policy options to ensure Medicare’s viability and effectiveness for future beneficiaries.

The Commonwealth Fund’s Medicare at 50 Years series is now available in its entirety for viewing and download as an e-book.

As Medicare prepares to mark its 50th anniversary in July 2015, there is a lot to celebrate. For 50 years, Medicare has accomplished its two key goals: ensure access to health care for its elderly and disabled beneficiaries, and protect them against the financial hardship of health care costs. Before Medicare, 48 percent of Americans 65 and older had no insurance; today, that figure is just 2 percent. Today, older Americans pay 13 percent of their health care expenses directly out-of-pocket, compared with 56 percent in 1966. By ensuring access to care, Medicare has contributed to a five-year increase in life expectancy at age 65. Medicare covers 55 million Americans, about 17 percent of the U.S. population. Its beneficiaries are the nation’s oldest, sickest, and most disabled citizens. Three-quarters of them have one or more chronic conditions, and one-quarter rate their health as fair or poor. Today nearly 30 percent of beneficiaries are either over age 85 or disabled and under age 65.

As the single largest source of health insurance coverage, Medicare has both shaped the U.S. health care system and responded as needs have demanded. In 1972, coverage was added for people of any age with end-stage renal disease and those who are disabled for two years or more. In 1997, Medicare Part C—which has evolved into Medicare Advantage—was created to enable beneficiaries to choose an HMO-style Medicare plan instead of traditional Medicare. Prescription drug benefits were introduced in 2003, and preventive services without copayments were added under the Affordable Care Act in 2010.

Rising costs, affecting both the federal budget and beneficiaries, are an ongoing challenge. The average beneficiary spends 15 percent of income on health care, compared with just 5 percent for those under age 65. And because Medicare covers only a portion of medical expenses, most beneficiaries supplement Medicare with other coverage, adding to complexity and administrative cost.

Additional challenges facing Medicare include the need for more comprehensive benefits in traditional Medicare, improved financial protection for low- and modest-income beneficiaries, and reduced complexity in coverage. Better strategies also are needed to serve the expanding number of beneficiaries with complex care needs and multiple chronic conditions—symptoms of an aging population.

To control Medicare’s costs while enhancing the quality of its care, policymakers must continue to identify and spread promising payment and delivery system reforms—many of which are now being tested by the new Center for Medicare and Medicaid Innovation. The success of these changes will be critical to ensuring that beneficiaries will continue to reap the benefits modern medicine has to offer.

Read the report and see our interactive timeline. 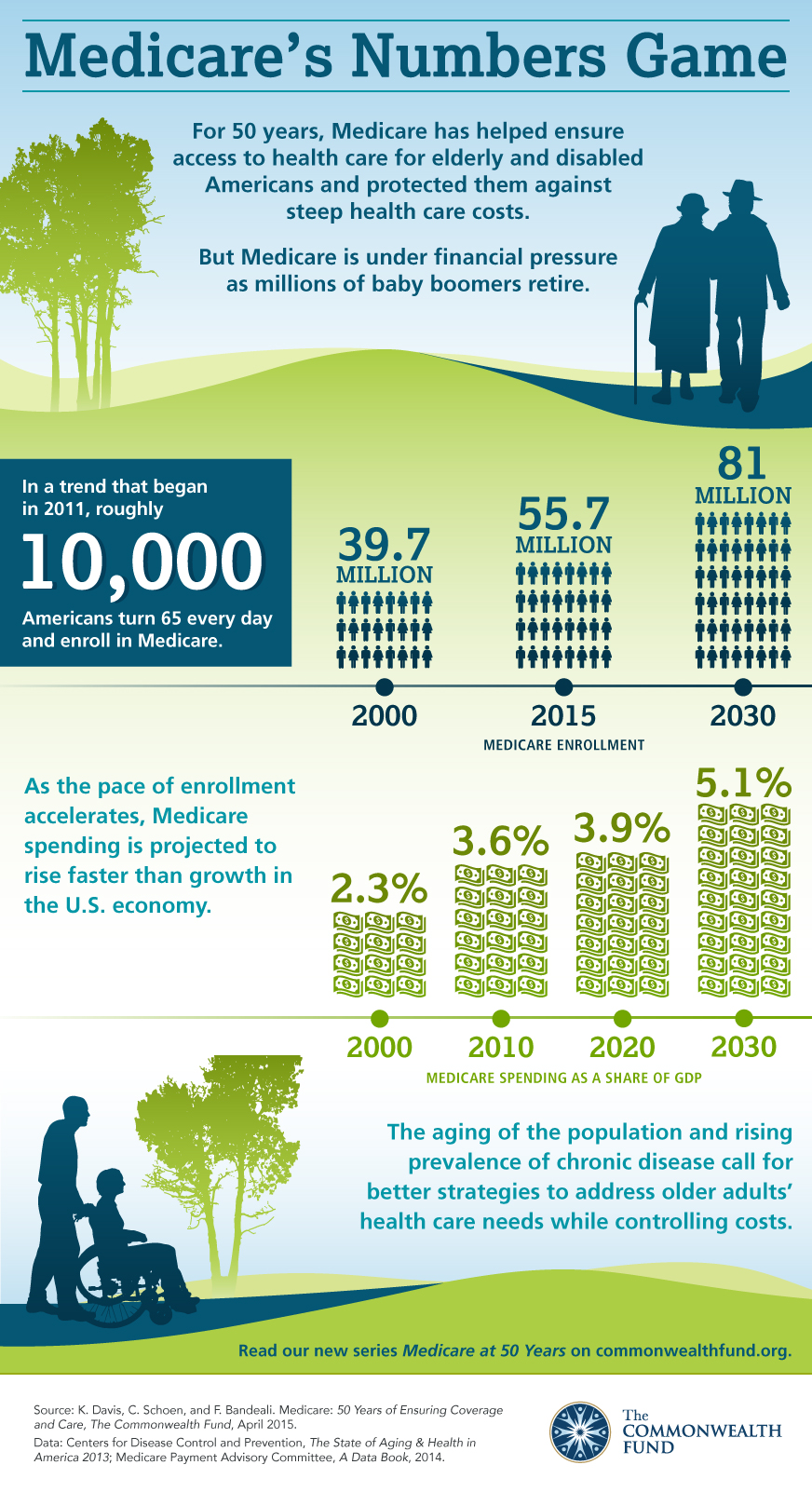