The Affordable Care Act and the U.S. Economy

Has the ACA acted as an economic stimulus?

Have the ACA's payment & other cost-related reforms contributed to the health spending slowdown?

This report provides a five-year perspective on the impact the Affordable Care Act (ACA) has had on the U.S. economy since the law’s enactment. It discusses trends in economic growth, employment, and health care costs since 2010, as well as the national experience prior to that time, and compares the recovery in the United States with that in other high-income countries.

Although it is impossible to state with absolute certainty the full extent to which the ACA’s reforms have contributed to the nation’s recovery from one of the worst economic crises of recent decades, the news has been, on balance, positive. To date, there is no evidence that the ACA has had a negative impact on economic growth or jobs or that its reforms have undermined full-time employment—effects that the law’s opponents had warned about. To the contrary, evidence indicates that the ACA has likely acted as an economic stimulus, in part by freeing up private and public resources for investment in jobs and production capacity. Moreover, the law’s payment and other cost-related reforms appear to have contributed to the marked slowdown in health spending growth seen in recent years. 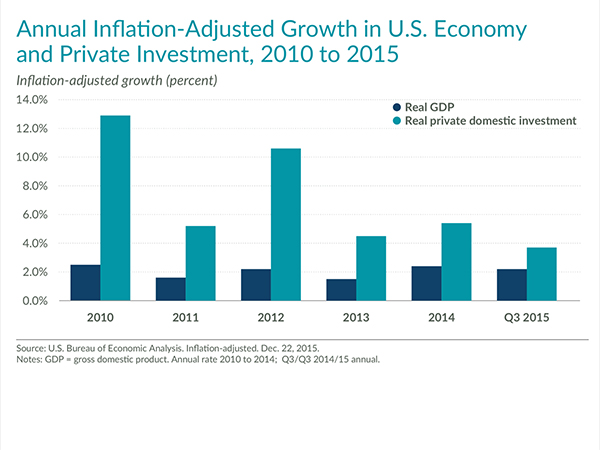 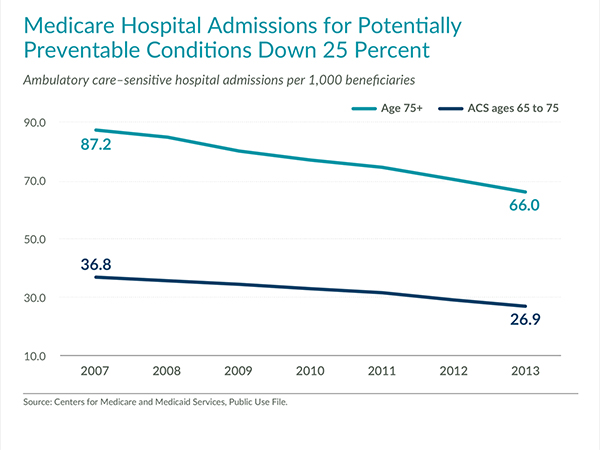 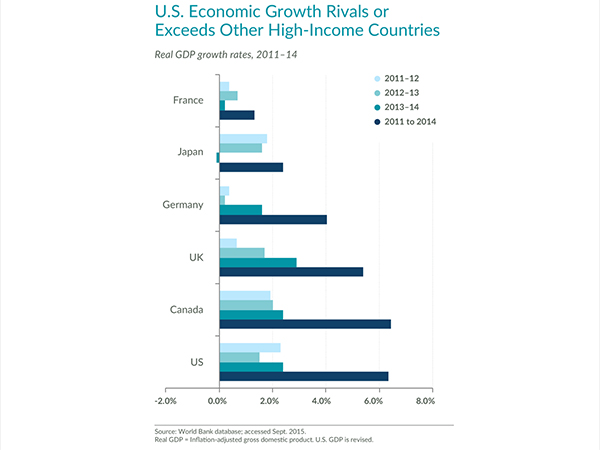 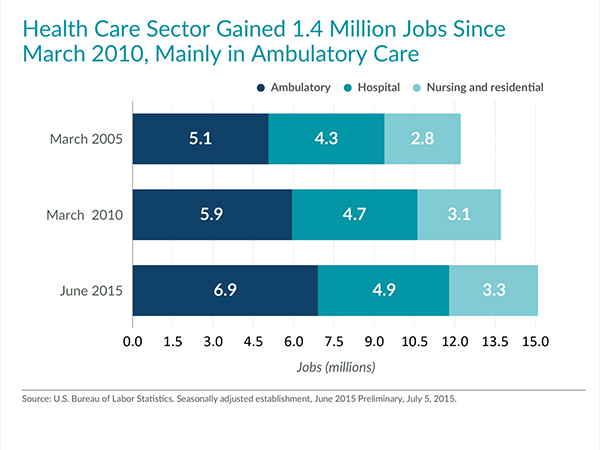 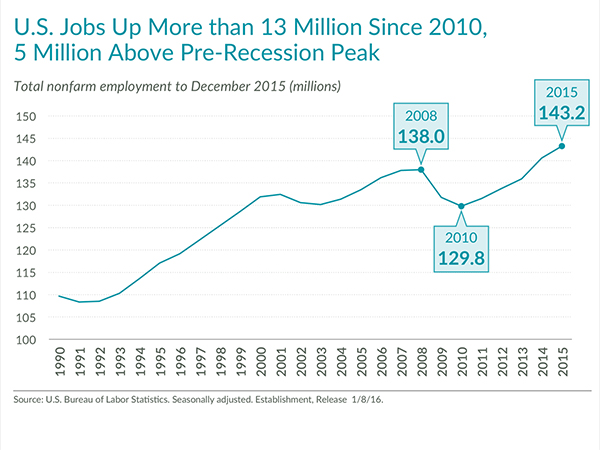 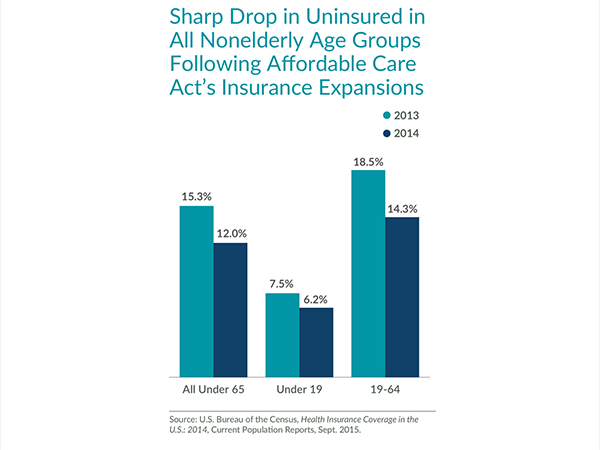 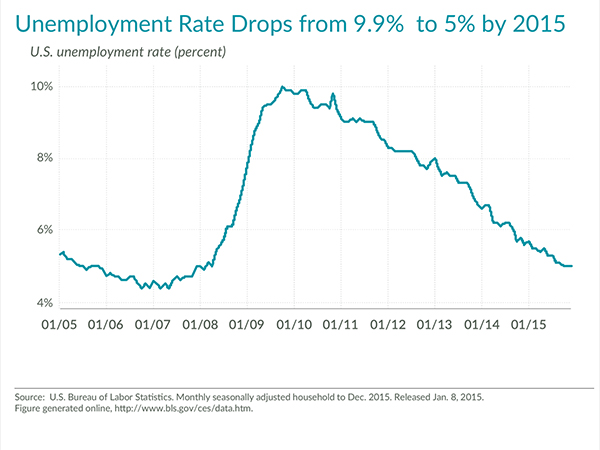 Unemployment Rate Drops from 9.9% to 5% by 2015
Download PowerPoint
View Larger 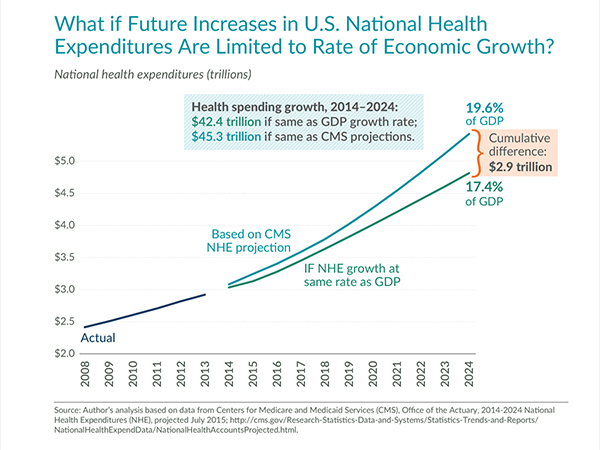 What If Future Increases in U.S. National Health Expenditures Are Limited to Rate of Economic Growth?
Download PowerPoint
View Larger 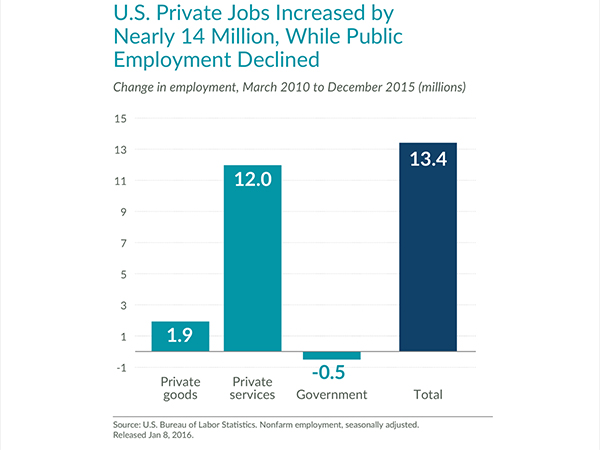 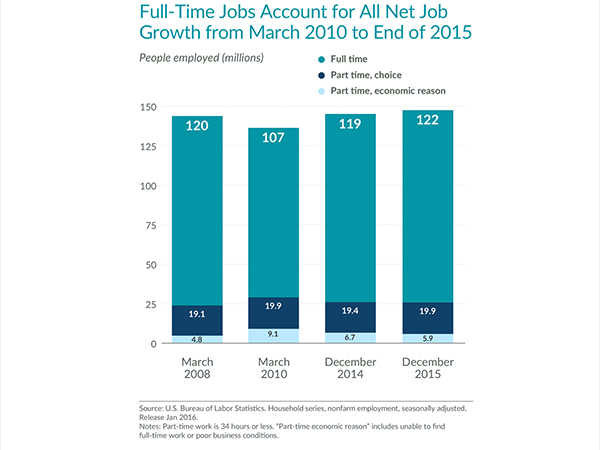 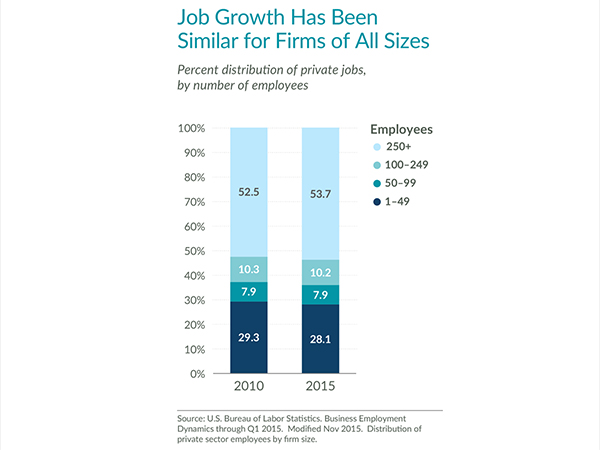 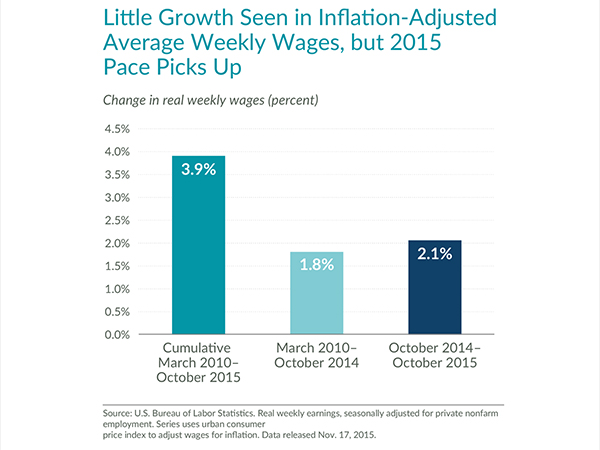 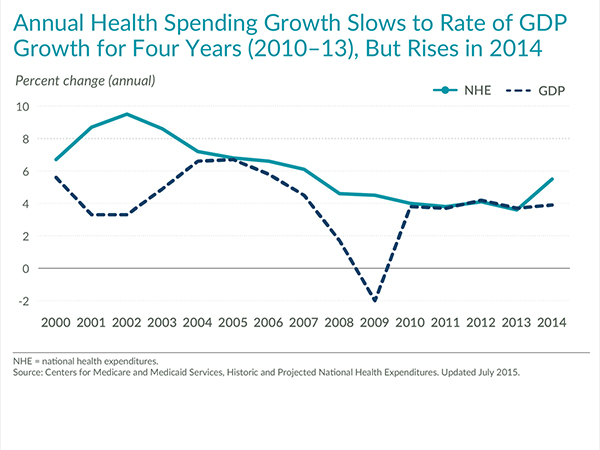 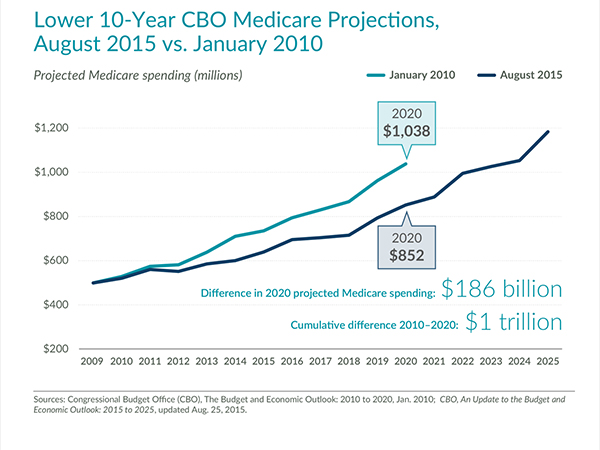 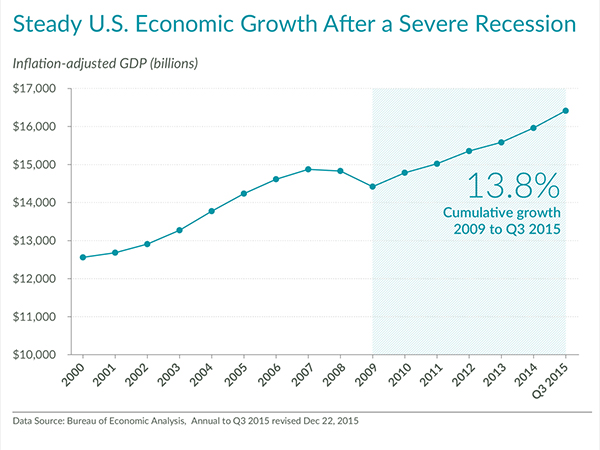 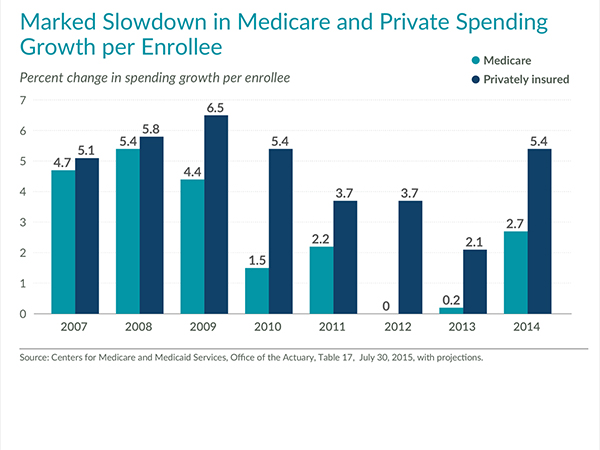 Following are highlights of this report’s review of economic, job, and health cost trends since the ACA’s enactment:

The accrued savings in health care spending relative to their projected growth prior to the ACA are substantial: Medicare alone is now projected to spend $1 trillion less between 2010 and 2020.

However, without targeted efforts to sustain slow growth, in the near future market forces could reverse these positive trends. In particular, rising drug costs, higher prices resulting from consolidation among providers and insurers, and rising administrative complexity could put the United States back on a path where costs increase faster than the economy and people’s incomes, further undermining the affordability of insurance and health care.

Five years after passage of the ACA, we have evidence that it is possible to secure affordable coverage for all citizens, improve health outcomes, and slow cost growth—all to the benefit of families, businesses, and the economy. Looking to the future, the trillion-dollar question is this: What actions will be necessary to keep health spending growth at the same level as or below economic growth, while also maintaining health care access and quality?