The Limits of Pay-for-Performance

Financial incentives were particularly effective among providers with low-income patients

Financial incentives narrowed the gap in quality among physicians

A conversation with researcher Jessica Greene

Financial incentives have grown increasingly common in health care over the past decade, in large part because of their considerable intuitive appeal. Many private insurers and employers have “pay for performance” programs in place, as does the federal government. But how well do they work? The University of Oregon’s Jessica Greene, Ph.D., spoke with us about her research team’s efforts to test the efficacy of an incentive program that puts an unusually large portion of physicians’ earnings at stake. Greene, along with coauthors Judith Hibbard and Valerie Overton, published a study in Health Affairs on the topic with support from The Commonwealth Fund.

Your study examined a primary care provider compensation model implemented by Fairview Health Services, an accountable care organization in Minnesota that bases two-fifths of physician pay on clinic-level quality outcomes. What was your overarching finding regarding the use of financial incentives to drive performance improvement in health care?

One key take-away is that putting more money on the table is not the solution to getting pay-for-performance programs to be more effective. In the delivery system we studied, 40 percent of primary care providers’ salaries was based on quality, but even so, their quality measures did not increase more than other delivery systems in the region.

Can you tell us a little bit about those situations where incentives do work?

We found fairly unambiguously that incentives were most effective at driving performance improvements among primary care providers with quality scores that were low before the incentive started. What that meant was that the variation in quality among providers narrowed.

Why is that so important?

“Narrowing in quality variation” is another way of saying that providers were more consistently delivering quality care throughout the study sample. That’s good news of course, but here’s what was really interesting: since the providers with low baseline quality also happened to be those who saw more low-income patients, we found that there was a narrowing of the gap in quality between providers treating low- and high-income patients. Interestingly, providers who treat poorer populations are often concerned that pay-for-performance efforts will leave them behind, but the opposite happened in this case.

Why don’t incentives work the same way for providers at the top of the quality spectrum?

To be fair, it’s important to note that performance improved among higher-quality physicians as well, albeit not as much. It tells us that this is the way these providers already practice. They are already prioritizing quality. 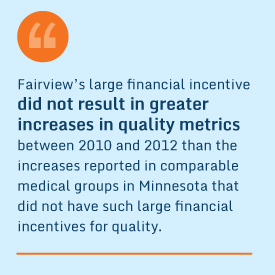 How much of a difference does the size of a given financial incentive make?

This model was interesting because different quality metrics were incentivized at different levels. We found that some of the more heavily incentivized quality metrics like diabetes and vascular disease care, which each made up 12 percent of providers’ income, improved substantially less than cancer screening, which made up 6 percent of income. So other factors are clearly at play. One big question is: How difficult is it what you’re asking them to do? Simple one-time processes are much easier to improve than things like lowering your patient panel’s smoking rate.

So what needs to be done to make incentives more effective in raising provider performance?

I think we need to expand our focus and investigate factors other than incentives that drive quality performance. What is it about high performers that is so different? How can we replicate that? But with respect to incentives, we really need to test different incentive designs against each other to see what models work most effectively. Aligning payment with quality seems to be much more difficult in practice than it is in theory. 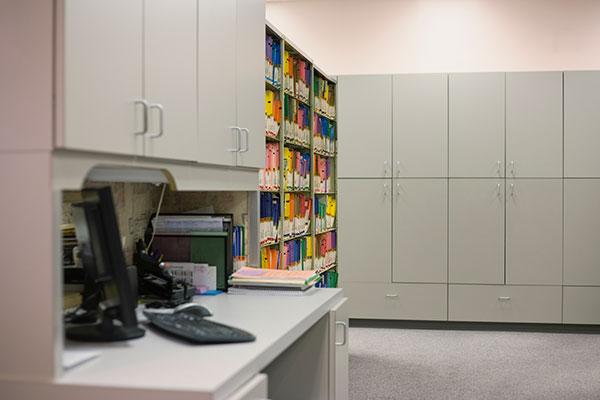 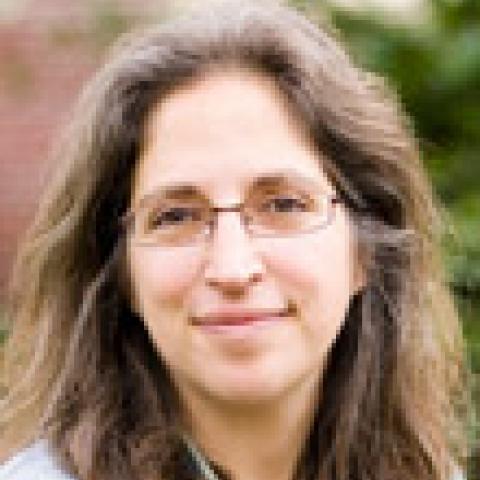 Professor and Associate Dean for Research