Congress is considering legislation that would replace Medicare’s current payment formula with one that rewards physicians and other providers for delivering high-value care. The new approach would increase payments for providers who outperform their peers on cost and quality measures, as well as those who participate in alternative payment models that encourage more coordinated, efficient care. In this Commonwealth Fund–supported article in Health Affairs, James D. Reschovsky and colleagues at Mathematica Policy Research describe key features of the proposed payment methodology, assess its strengths and weaknesses, and make recommendations for refining it.

Medicare’s current payment formula, known as the sustainable growth rate or SGR, sets a target for physician spending and imposes automatic, across-the-board cuts if those targets are exceeded. Congress has overridden those cuts since 2003, out of concern that a drastic drop in fees could drive providers out of the program. The SGR has been widely panned as ineffective and inequitable. Critics say it does little to discourage providers from ordering high-cost services for their patients rather than cheaper treatments that are just as effective. As a consequence, spending on physician services increased by 45 percent beyond the rate of inflation from 2000 to 2012 even as reimbursement rates remained largely flat. Congress is now considering a new framework designed to bring spending back under control by encouraging providers to pursue high-value services and engage in cost-containment efforts. The plan would also reward clinicians for engaging in performance improvement and using electronic health record systems.

"A missing piece in the proposals to fix the SGR is the failure to undertake fundamental work to revise the flawed fee schedule."

The SGR Repeal and Medicare Provider Payment Modernization Act of 2014, commonly known as the “SGR fix,” creates two new payment pathways: one for providers who want to continue to receive fee-for-service payments, and another for providers already participating in value-based payment models, including accountable care arrangements and bundled payment initiatives.

Physicians participating in this track would receive modest annual fee increases (0.5%) in the first five years. After that, their pay would be adjusted—up or down—based on a single composite score reflecting performance on cost, quality, and other metrics. (Average performers receive no adjustment.) Incentive payments and penalties would range from plus or minus 4 percent five years in, and move toward plus or minus 9 percent in year 8. In year 11, annual fee increases of 0.5 percent would be reinstated.

This pathway encourages participation in accountable care organizations (ACOs), bundled payment initiatives, and patient-centered medical home programs, among other alternative payment models by offering providers a 5 percent increase in fees between years 5 and 10. Participants also share in the savings they generate through cost control and quality improvement.

The SGR fix has many important benefits. One of the most significant is the opportunities it creates for specialist physicians to participate in pay-for-performance programs and other alternative payment models. Specialists have often been excluded from alternative payment contracts, even though they account for a large portion of Medicare spending.

Still, as the authors point out, the legislation has several weaknesses. Chief among these is its failure to address distortions in Medicare’s fee-for-service fee schedule, which many argue overvalues specialty care services while undervaluing preventive care and other important services. Without fixing this defect, specialists and others may find it more lucrative to stay in Medicare’s fee-for-service program and continue to focus on providing high-cost services. Attempts to bring down costs through ACOs and other alternative payment methods also will be difficult as long as the fee-for-service pay rates underlying these programs are skewed. “Correcting fee schedule valuations will be a substantial and controversial undertaking. But it is one that is vitally important to the SGR fix’s prospects for success,” the authors note.

Others potential pitfalls include uncertainty about the accuracy and credibility of provider performance appraisals and the effectiveness and viability of new alternative payment models; limitations in providers’ capacity to improve in a short time frame; and the possibility that multiple, concurrent incentive programs could increase, rather than reduce, the current fragmentation of medical services.

The proposed SGR fix may help providers transition from fee-for-service to value-based payment. But its success depends on careful consideration of the legislation’s shortcomings, including its failure to address skewed reimbursement rates that reward providers for pursuing high-cost services. 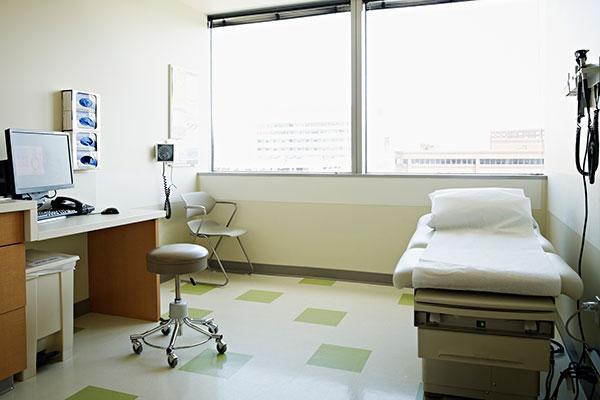