Work Requirements and Medicaid: What Will Happen to Beneficiaries with Mental Illnesses or Substance Use Disorders? 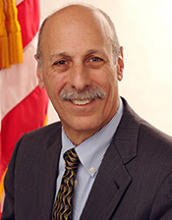 Kentucky, Indiana, and Arkansas have received approval from the Centers for Medicare and Medicaid Services (CMS) to add work or service requirements to their Medicaid programs; seven other states are seeking such waivers. In their recent article “Work Requirements in Medicaid for People with Mental Illnesses and Substance Use Disorders” (Psychiatric Service, Apr. 13, 2018), Richard G. Frank, Margaret T. Morris Professor of Health Economics at Harvard Medical School, and Sherry A. Glied, dean of the Robert F. Wagner Graduate School of Public Service of New York University, raised concerns about how such requirements might affect Medicaid beneficiaries with mental illnesses or substance use disorders. We spoke with Frank about the challenges of determining whether someone is able to work and what happens when people with mental illnesses are denied critical benefits.

How big a departure are work requirements from prior Medicaid policy?

In the past — under both Republican and Democratic administrations — CMS has been very reluctant to grant waivers for anything that stood in the way of access to insurance coverage. So it’s a pretty radical departure. There is an argument that people who are not disabled should be required to work if they can and then presumably earn enough to no longer need Medicaid. But how do you do it? Can you differentiate people who have the capacity to work from those who don’t — and do so in a way that doesn’t interfere with their ability to access insurance coverage and health care?

How are states likely to go about deciding who should be exempted because of medical frailty due to mental illness or substance use?

The term medical frailty has been used in Medicaid and other public programs, and it generally means you carry a lot of disease burden. But the existing measurements for medical frailty are crude, and if you leave it to states to define it you get into very elastic standards. With older adults and medical frailty, we often talk about activities of daily living (ADLs). To qualify for long-term services and supports under Medicaid people usually have to have limitations on two ADLs: for example, you can’t move yourself or use the toilet on your own. But in those instances you’re pretty impaired, and in most cases way beyond being able to work.

What about mental illnesses and substance use disorders makes it hard to use the “medical frailty” benchmark to decide whether people are unable to work?

One of the challenges is that people with an addiction by law can’t qualify for disability programs. So where do you draw the line for somebody who is disabled because of an addiction to opioids or other substances when there are no established criteria to measure their impairment? There are also challenges in determining whether someone with a mental illness is medically frail. Take depression for example: someone classified as clinically depressed may be able to work, while somebody else classified as clinically depressed may be impaired to the degree that for a variety of cognitive and/or physical reasons they are not. That is true for other mental illnesses. Not only is there heterogeneity within diagnoses, but the conditions can change over time. One month you may be capable of working, but a month later you may not be.

What happens when people with mental illnesses or substance use disorders are made to go through the process of demonstrating they’re unable to work?

We’ve learned a few lessons from other programs. One is that many people who get turned down from long-term disability benefits don’t appeal or reapply. Not because they’re not seriously impaired but because it’s too difficult for them. One study of low-income women who were denied Supplemental Security Income found that later many weren’t doing well. Many serious mental illnesses — major depression, schizophrenia, bipolar disorder — create cognitive dysfunctions, which means people’s executive function, processing speed, and ability to collaborate and communicate can all be impaired. Those are exactly the things you need to navigate complex bureaucratic systems. People are really put at a disadvantage, and they tend to drop out of the process.

Many states have been trying to expand access to addiction treatment. What might these work requirements mean for beneficiaries who are addicted to opioids and other substances?

Some waiver proposals require beneficiaries to be in treatment for 20 hours a week or be subject to the work requirements, which is extraordinary. First, unless they’re in a residential program, their treatment is typically an hour here or there, not every single day. We know that giving people access to treatment increases the chance they will get better and be able to work. But if you impose barriers to getting treatment — like kicking people off the Medicaid rolls — you’re actually reducing the chance someone will be able to work.

Adding work requirements seems to have made Medicaid expansion politically viable in some states. Are there ways to promote work and ensure people who can’t work aren’t harmed by losing their benefits?

Fifty percent of people on Medicaid are working already and many others are caregivers, elderly, or disabled. It’s not clear what you’re going to gain by nudging these other people to do it. The uncertainties are so big that your chances of doing as much harm as good are pretty high.

This conversation has been edited for clarity and length.