An amendment to an Affordable Care Act repeal-and-replace bill introduced by Senate Republicans in 2017 would have promoted state innovation in health care by converting current federal health spending programs into block grants to states. Though the amendment — proposed by Senators Lindsey Graham, Bill Cassidy, Dean Heller, and Ron Johnson — was, like the bill itself, defeated, it could serve as the baseline for the future of conservative health reform, says the Hoover Institution’s Lanhee Chen. In one of two Commonwealth Fund–supported articles in Health Affairs discussing potential Democratic and Republican health care plans for the 2020 election, Chen takes the legislation as a starting point, places it within the current health reform debate, and suggests improvements that could enhance access to affordable coverage while ensuring state flexibility.

The Conservative Health Reform Effort and the State Innovation Model

Given the difficulty conservatives have had resolving these disputes and coalescing around a single health reform proposal, Chen believes the state innovation model in the Graham-Cassidy-Heller-Johnson legislation is the likely point of departure for future reform efforts. As written, it would have repealed the ACA’s coverage expansion provisions, created block grants of federal funds for state reforms, and capped the federal contribution for each Medicaid enrollee (or, alternatively, let states accept a Medicaid block grant). This model appeals to many conservatives’ belief in federalism and state-driven health care reform.

The Next Steps for Conservative Reform

Conservative policymakers will need to address concerns voiced over the Graham-Cassidy-Heller-Johnson legislation, including:

The next Republican presidential nominee will likely embrace repeal of the ACA and reform driven by the states. A plan based on the state innovation model proposed by Republican senators — but with additional modifications — would further conservative goals of state-led policymaking, consumer choice, and reduced government spending. 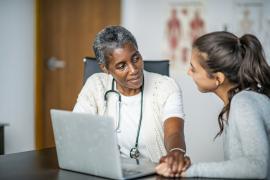