What Is the Patient-Centered Medical Home?

The sad state of primary care and the attendant consequences for U.S. businesses have been an obsession for Paul Grundy, M.D., IBM's director of health care transformation, since early 2005 when Dr. Martin Sepulveda traced the high cost of IBM's health care tab to its "flat out inability to buy good preventive care or primary medicine." But what he calls the real "nirvana moment" came when the two realized that despite IBM's active participation in a handful of highly regarded pay-for-performance efforts, they still hadn't been able to address employees' core concerns around access, convenience, and personalized attention that lead to meaningful, comprehensive doctor–patient relationships. 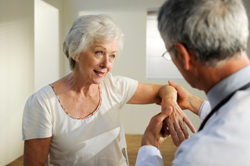 Since then, Grundy has become a national champion of a new care model that seeks to rewrite the status quo: the patient-centered medical home (PCMH). The foundation of the model is ensuring that each patient has an ongoing relationship with a primary care doctor.

Of course, the PCMH model is about more than just assigning every patient a primary care doctor to coordinate care. Four medical societies have articulated core PCMH principles around issues such as:

The last point is of special relevance for doctors, and explains the model's broad appeal in the medical community. "Doctors need to be compensated for non-visit-related activities such as connecting with patients electronically and coordinating with other physicians," said Melinda K. Abrams, an assistant vice president for The Commonwealth Fund's Patient-Centered Coordinated Care program. "You can't move ahead with a model like this without redesigning the payment system to support it."

Grundy concedes that the PMCH model asks a lot of primary care physicians, not just in terms of assuming responsibility for coordinating patients' care, but also in terms of adopting health IT, providing better access and learning a new way of doing business.

"The upside for providers is that they'll be compensated in a way that allows them to do things they want to do anyway," he says, referring to things like spending more time with patients, answering e-mails, coordinating with other providers, and tracking patients and populations through registries. "They'll be empowered to deliver better care."

What everyone wants to know, according to Grundy, is will it make a difference? Early reports from more than a half dozen pilot projects suggest that it will.

To help identify medical groups that live up to the principles of the PCMH as articulated by the four medical specialty societies that developed them, the National Committee for Quality Assurance now offers a PMCH recognition program. About 400 practices (1,500 physicians overall) have earned NCQA recognition to date. Search for a practice in your area at http://recognition.ncqa.org/.

In 2006, IBM formed the Patient-Centered Primary Care Collaborative (PCPCC), a group of employers dedicated to advancing the tenets of the PMCH model. Additional employers are encouraged to join and participate in one of the more than two dozen different demonstration projects already under way across the country.

"Every HR director, benefits manager, and CFO in the country needs to be dialed in to how health care delivery system models have a real effect on the bottom line," offered Grundy. "The opportunity to move the ball forward is very real and it is very now. You don't want your CEO asking you why you've never heard of the patient-centered medical home."