Based on a speech at the Grantmakers In Health 1996 National Meeting on Health & Human Services Philanthropy, February 1996, Los Angeles, CA

Even as the numbers of uninsured and underinsured persons in America are growing, the nation's health care safety net is under more stress today than it has been for 30 years, and it seems that the country has amnesia about the existence of the uninsured. Proposed changes in Medicaid could jeopardize access to acute and long-term health care services for 33 million of the poorest and most disabled Americans.

Safety-net health care providers are also under stresses that include cutbacks in state and local government funding, the diversion of Medicaid revenues to managed care organizations, proposed reductions in disproportionate share funding under Medicare and Medicaid, and the pressures of a competitive market that are eliminating cross-subsidies for charity care. These stresses jeopardize the system of safety-net payments and services and offer major challenges for health philanthropy.

The latest numbers on the uninsured show 40 million Americans without health insurance in 1994. The rates of uninsurance are highest for the poor—one-third of all poor and near-poor families were uninsured in 1994. The system of employment-based health insurance coverage for working families is crumbling. As jobs have moved out of manufacturing, workers have moved from industries with relatively generous sponsorship of family coverage to industries that are significantly less likely to provide health insurance at all, much less coverage for families. The net result is a steep decline in the number of children with private, employment-based insurance, and an increase in uninsured workers whose employers do not offer affordable, or any, health care benefits.

The future looks bleak. The Council on the Economic Impact of Health System Change estimates that 67 million people will be uninsured in 2002, assuming the same rate of deterioration in employment-based health insurance coverage and only a modest tightening of enrollment in Medicaid. Massive cutbacks in Medicaid eligibility would increase this number.

The Medicaid restructuring proposal from the National Governors' Association (NGA) is supported by both Democratic and Republican governors. It converts Medicaid from an entitlement program to a block grant and it is perhaps the greatest threat to health insurance coverage for low-income Americans.

The proposal retains guaranteed eligibility for poor pregnant women and children up to age 12, welfare recipients, most (but not all) elderly poor, and the disabled—as defined by the states. This means that states could define disability so that people with HIV disease or mental illness, or any other disability that does not have political support at the state level, could be excluded. The proposal also eliminates coverage for poor children ages 13 to 18, three million of whom would lose coverage by the year 2002.

The proposal also does not guarantee health insurance benefits. The states would have complete flexibility in defining the amount, duration, and scope of services. In fact, it does not appear to require that beneficiaries receive health insurance coverage or coverage under a managed care plan at all. From the sketchy details, it appears that states could simply reimburse selected providers for bad debts incurred rendering health care services to eligible groups, rather than provide health insurance coverage. This distinction is important. Studies show that the uninsured who rely on free sources of care systematically receive less care than Medicaid beneficiaries.

It would also repeal Title XIX of the Social Security Act, leaving the fate of current protections provided by that law unclear, including nursing home quality standards, prohibitions against discriminating against certain groups of beneficiaries, prohibition of cost sharing, and mandatory assignment by providers.

It is estimated that the NGA proposal would save the states approximately $200 billion over seven years, over 30 percent of projected state spending under current law. If states are going to make cuts of 30 percent, their Medicaid programs cannot continue to cover the people they cover today or provide the benefits they do today. Even with current federal Medicaid requirements, states have demonstrated a variable commitment to health care for the poor.

States, unlike the federal government, are constrained by balanced budget requirements that limit their ability to respond to business cycle slumps. In times of economic recession, sales tax revenues decline, unemployment compensation increases, jobs are lost, poverty increases, and the need for publicly funded health insurance coverage increases. In the NGA proposal, a federal umbrella fund would protect states fiscally in times of economic downturn, but there is no guarantee that the unemployed and poor would get the health insurance coverage they need.

States are not the right vehicle for financing health care for the poor, disabled, frail elders, and unemployed people. This is clearly a national responsibility. There is no reason why assuring that a baby born in Louisiana gets a healthy start in life should be the concern of Louisianans only. It is a national concern that all of the children born in America get off to a healthy start. The country should be examining options for moving toward greater uniformity of standards for defining eligibility, benefits, and quality of care, not relying on states to cope as best they can with the fiscal capacity that is available to them.

THE LEADERSHIP CHALLENGE TO HEALTH PHILANTHROPY

Leadership in health philanthropy can help as the country faces challenges to the health care safety net:

Grantmakers can also expand their impact by supporting the development of a future generation of potential leaders. A good example is The Robert Wood Johnson Foundation Clinical Scholars Program that for many years has been systematically developing a cadre of leaders who are now in important positions in the health sector.

America needs to invest in its human resources if it is to continue the economic progress gained in this century through the development of its natural resources. John Evans, the former chairman of the Rockefeller Foundation, said at The Commonwealth Fund's board retreat last July, "U.S. foundations are a unique resource. No other country has independent institutions with comparable power to stimulate new directions, demonstrate the efficacy of different approaches to problems, and provide the basis for rational public policy independent of financial support from government."

The country's top priority should be investment in helping all Americans realize their human capacity. In health philanthropy, we can assist in this effort by developing fresh approaches, informing debate and mobilizing talented people who share a common concern. It is a large task, but within our capacity as a nation to achieve. 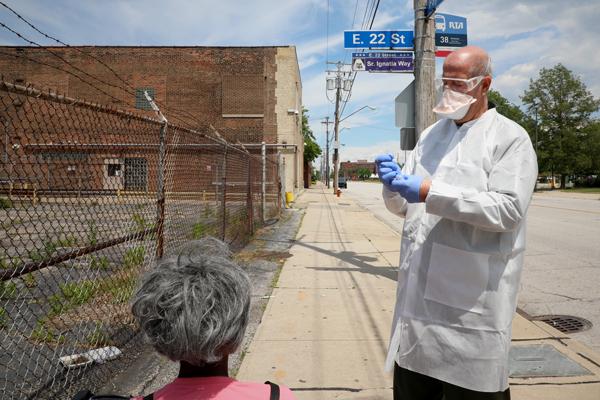