Addressing an Epidemic of Loneliness

This is New Directions in Health Care, the Commonwealth Fund’s podcast, and today we report on what some public health officials are calling a plague of loneliness and its medical consequences.

Barbara Emry is 94.  She lives alone, is not in touch with many relatives, and has few friends.

“Most of the friends that I had, of course, none of them are still alive.  I don’t know anybody anymore that’s as old as I am.”

To make matters worse, she’s hearing impaired and can no longer drive.

“That was the hardest thing to get used to — thinking about going someplace and then thinking, ‘Oh, I don’t have a car anymore.’”

So, like more than two in five senior citizens, Barbara reported feeling lonely, a condition that increased her risk of chronic disease.  Tanya Shah is Vice President for Delivery System Reform at the Commonwealth Fund.

“Some experts think that when you feel isolated you’re more likely to feel unsafe and perceive that the world is more threatening in some way, which leads to stress and anxiety and low self-esteem, and those can create health issues. Others believe that those who are socially isolated from others are having a harder time taking care of themselves regulating themselves. They’re not guided by social norms or cues and may engage in more unhealthy behaviors like eating poorly, substance abuse, smoking, and then others may argue that loneliness is tied to other physical issues like sleep disturbance or increased cortisol, which creates and exacerbates health issues.”

“Forty percent of high-need isolated adults have incomes below $15,000 a year, and 80 percent of those people say they worry about having enough money to pay bills or afford healthy food — a rate more than double that of the total sample of adults. And even more concerning is that because of this financial hardship they’re more likely, three times more likely than other adults, to skip doses or not fill their medications.”

And many high-need adults say it’s hard for them to access primary care.

“Sixty percent of high need isolated adults delayed the care they needed, because they didn’t have access to transportation, or the office wasn’t open when they could get there, and they couldn’t get an appointment soon enough, so it really comes back to some of these structural issues that they’re facing even with access to quality care.”

For all of these reasons, they’re more likely to end up in emergency rooms and to experience costly hospitalizations that might have been prevented. That’s why CareMore Health, an integrated care delivery system with over 150,000 Medicare, Medicaid and dual-eligible patients in 10 states, now tries to identify high-need seniors who lack social support. Dr. Sachin Jain is CareMore’s president.

“When you interact with our patients, you realize that many of them suffer from diseases like CHF [congestive heart failure] and COPD [chronic obstructive pulmonary disease], diabetes, but many of them also suffer from the disease of loneliness, and we fundamentally believe that loneliness is something that can both be diagnosed as well as treated and are now addressing it as a treatable disease.”

Treatment begins with making sure patients can get to medical appointments and CareMore programs.

“They’re able to come to and from the care centers free of cost through our non-emergency medical transportation benefit.  We have actually recently modernized that benefit to incorporate ride sharing. We’re the first organization to partner with Lyft or Uber to actually provide rides to our seniors through ride-sharing.”

At care centers they can be part of a physical fitness program called Nifty After Fifty.

And Dr. Jain says CareMore patients are assigned a buddy.

Jain says this effort, which has been underway for the past year, is not expensive, and it may reduce demand for medical services.

“There’s lots of healthcare utilization that’s not a function of medical need.  It’s often times a function of social need I think.  You know people end up dressing up to go to their doctor’s office, because it is an event.  It’s a place to go.”

By providing high-need adults with other activities and social support, the Commonwealth Fund’s Tanya Shah predicts CareMore, a subsidiary of Anthem, will improve its bottom line.

“If you are a Medicare Advantage plan, if you are a provider in a risk-based arrangement this is the name of the game.  We have to provide higher quality, integrated whole person care at a lower cost, and social isolation is proving to be a very important component in how a patient cares for themselves, follows a care plan and is able to engage in timely and high-quality care.  We really do think that this is an important link to improving health outcomes and costs.”

In Northern California, another model aims to address loneliness and the special needs of older people who may be managing one or more chronic conditions.  It’s a platform called LinkAges, a place where people can go to request or offer services.

“A member signs up, and they then complete a profile and background check, and then they’re able to post an offer or request for help or to be able to learn a new skill through the community.”

Jenny Gallagher is the CEO of Help-FULL, which runs the program.

“Members are able to use the platform to determine where they want to meet and when, and then once the activity is completed members exchange what we call time tokens with each other, and so a member earns a time token for every hour that they help another member, so for example if Vandana helps me with my garden for two hours, two time tokens are taken out of my account and are credited to Vandana, and then Vendana can use those time tokens whenever she wants to get help or to learn a new skill.

Vandana Pant is a colleague at Sutter Health’s Palo Alto Medical Foundation. She helped develop LinkAges before handing it off to Gallagher’s organization. The platform, she says, is complex, allowing users to find each other in different ways.

“You could search by zip code, you could search by categories for things that you wanted to do.  We created a platform where people could get together and form groups based on their interests. For example at the Mountain View Senior Center there were those who got together and formed a film group, and they were interested in environmental issues, and they started to have screenings to get people together.”

Three years into the program LinkAges surveyed participants and Pant was surprised by the balance of volunteers to people seeking help.

Participants range in age, from 18 into their eighties, and Gallagher notes it’s a mutually beneficial program.

“Even when an older adult is receiving help, what we’re hearing also from our younger members is just what a rich, rewarding experience it is such that we have incredibly high retention of these younger members who want to continue to stay engaged in the platform, and it really brings into focus this question of who’s helping whom?”

She recalls one older woman who could no longer drive. LinkAges addressed that problem and led to a long-term friendship.

“She was in a really lovely independent living community, and she said, ‘I’ve never been out past 5 p.m. because that’s when the van stops,’ and we asked her, ‘Well what would you like to do?’  And she said, ‘What I’d love to do is go out and hear some good California jazz.’ So the platform matched her with a younger member who also happened to be a lover of jazz, and this woman now has had four exchanges where she’s gone out to hear live music, and her sense of freedom and just joy in being able to do those things she loves with someone who shares it is really extraordinary, and in fact she was at a performance and the jazz singer stopped mid-set and came over and said, ‘What’s your name?  And he said, ‘I just had to say hi, because you have the biggest smile of anyone here in the audience.’ So it’s for practical help, and it’s for just maintaining those things that make life continue to be worth living.”

LinkAges now works in 10 communities in the San Francisco Bay area and will soon expand to Phoenix. CareMore is also growing and inspiring other insurers, and Sachin Jain says some countries are beginning to address what he calls an epidemic of loneliness.

“I think it’s an epidemic, because it is everywhere you go. There’s not a community in America that is not afflicted with the issue of loneliness, and it’s a global phenomenon. Britain has taken on this issue by declaring a Minister of Loneliness.  I would recommend to them that they re-think that term, because I think ‘Togetherness’ is much more appealing to the people that we need to serve.”

Which is why his organization recently appointed a Chief Togetherness Officer to oversee this novel approach to caring for high-need adults.  And why Barbara Evers is doing so well.

“If it wasn’t for CareMore’s transportation plan, I don’t know what I’d do. It’s really, really great to have a phone call.  I could sit here all day, and the phone never rings.  It’s nice to know there’s somebody to talk to, even if there’s nothing much to say. The whole program is exceptional.  Nobody that I know has anything like I have. I’m lucky that I belong to CareMore.”

You’ve been listening to New Directions in Healthcare, the Commonwealth Fund’s podcast.  Please join us again next time as we share innovations in prevention, health, and medicine worldwide.

This publication is one in our ongoing series on Podcast: New Directions in Health Care 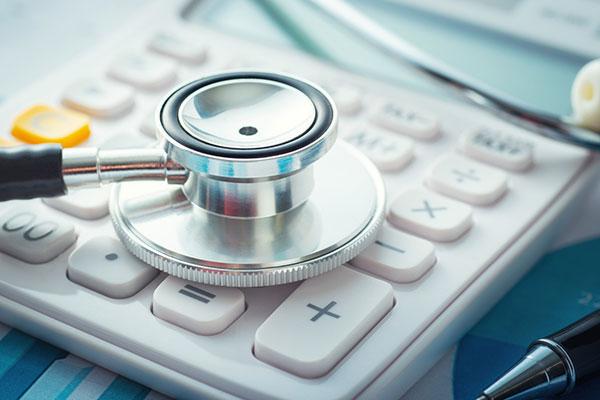 The Importance of Sustainable Partnerships for Meeting the Needs of Complex Patients: Introducing the Return-on-Investment Calculator
July 22, 2019 | To The Point 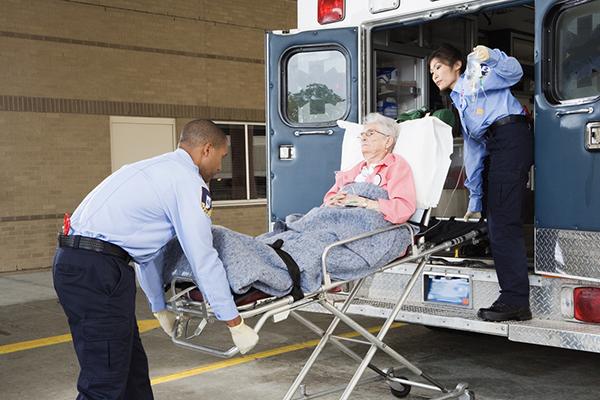 Adapting Promising Innovations to Meet the Needs of High-Need, High-Cost Populations
April 4, 2019 | To The Point