The Commonwealth Fund Health Insurance Tracking Survey of Young Adults finds that between November 2010 and November 2011, an estimated 13.7 million young adults ages 19–25 stayed on or joined their parents' health plans, including 6.6 million who likely would not have been able to do so prior to the passage of the Affordable Care Act. The findings of the survey underscore the need for policymakers to implement the remaining coverage expansions in the law. Nearly two of five young adults ages 19–29 were without health insurance for all or part of 2011, with young adults in low- and moderate-income households the most at risk. The lack of insurance had significant health and financial implications for young adults: 60 percent said they did not get needed health care because of cost and half reported problems paying medical bills or said they were paying off medical debt over time.

Sample Size: The survey was completed by 1,863 respondents. The survey has an overall margin of sampling error of +/– 3 percentage points at the 95 percent confidence level.

Interview Method: The survey sample was drawn from KnowledgePanel—a probability-based online panel that is representative of the U.S. population and includes cell-phone only and low-income households that are typically difficult to reach using traditional telephone surveys and random digit dialing (RDD) sampling. The questionnaire was available in English and Spanish. 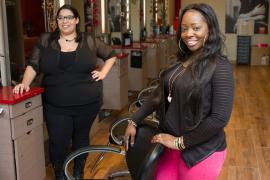