Sample: A random, nationally representative sample of 4,272 adults ages 19 to 64 living in the continental United States.

The sample was designed to generalize to the U.S. adult population and to allow separate analyses of responses from low-income households. Statistical results are weighted to correct for the stratified sample design, the overlapping landline and cellular phone sample frames, and disproportionate nonresponse that might bias results. The data are weighted to the U.S. adult population by age, sex, race/ethnicity, education, household size, geographic region, population density, and household telephone use, using the U.S. Census Bureau’s 2019 Current Population Survey.

The resulting weighted sample is representative of the approximately 193.5 million U.S. adults ages 19 to 64. The survey has an overall maximum margin of sampling error of +/– 2.0 percentage points at the 95 percent confidence level. As estimates get further from 50 percent, the margin of sampling error decreases. The RDD landline portion of the survey achieved a 7.7 percent response rate and the RDD cellular phone component achieved a 6.5 percent response rate.

Interview Method: The survey consisted of telephone interviews in English and Spanish. A combination of landline and cellular phone random-digit dial (RDD) samples was used to reach people. 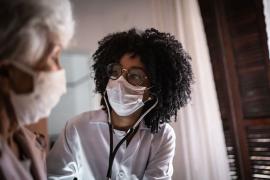 U.S. Health Insurance Coverage in 2020: A Looming Crisis in Affordability 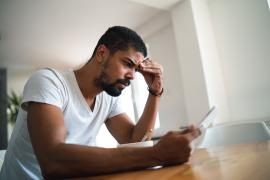